North, South Korea to face off in World Cup qualifiers 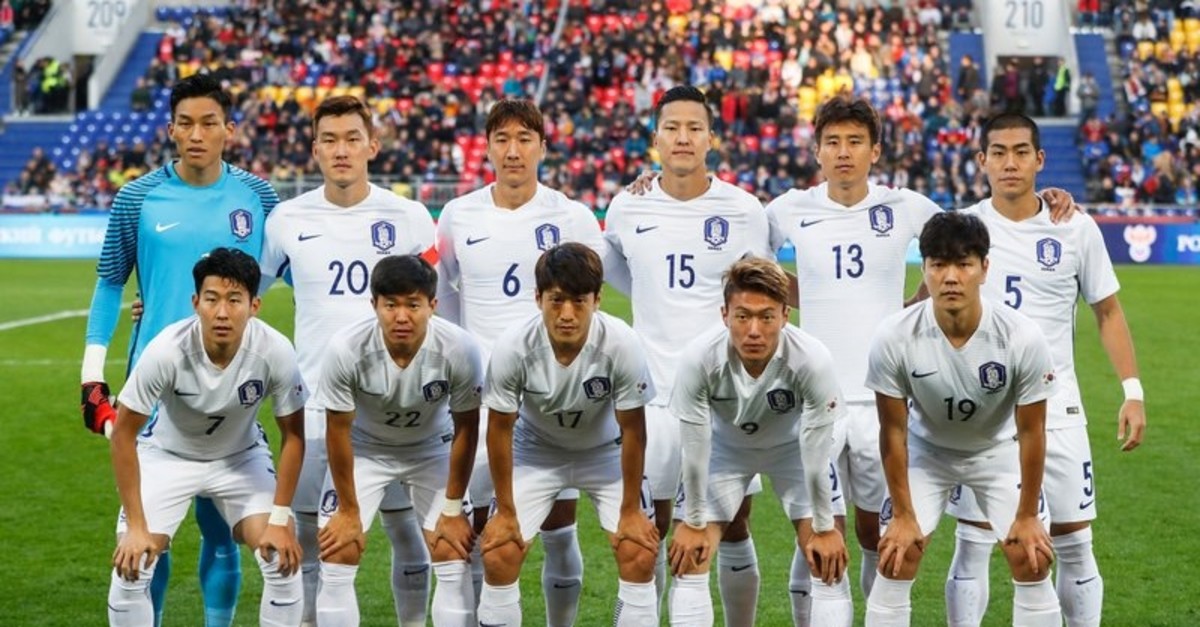 In this photo taken on Saturday, Oct. 7, 2017, South Korea's soccer team players pose prior the international friendly soccer match between Russia and South Korea in Moscow. (AP Photo)
by reuters
Jul 17, 2019 3:59 pm
South Korea and North Korea will face off in the second round of Asia's qualifying tournament for the 2022 World Cup in Qatar after the draw was made on Wednesday.

The two Koreas - who met in qualifying for the 2006 World Cup in Germany - have been drawn in Group H alongside Lebanon, Turkmenistan and Sri Lanka.

South Korea have played in every World Cup since 1986 while the North Koreans have qualified twice, famously reaching the quarter-finals in 1966 before being eliminated in the group phase of the 2010 tournament in South Africa.

Forty teams were drawn in eight groups of five at the Asian Football Confederation's headquarters, with the top side in each section guaranteed to advance to the next phase along with the four best runners-up.

Those 12 teams will then face off in two groups of six in the battle for the four slots, and one playoff place, allocated to Asia at the finals in 2022.

Iran, who have qualified for each of the last two World Cups and at five in total, face neighbours Iraq in Group C alongside Bahrain, Hong Kong and Cambodia. Japan, who reached the last 16 in 2018, will take on Kyrgyzstan, Tajikistan, Myanmar and Mongolia in Group F.

Australia meet Jordan, Taiwan, Kuwait and Nepal in Group B and China will challenge for a place at their first World Cup since 2002 in Group A against Syria, the Philippines, the Maldives and Guam.

World Cup hosts Qatar will also play take part, despite gaining a place at the finals as hosts, as the tournament also doubles as the qualifying rounds for the 2023 Asian Cup in China. The Gulf state will take on Bangladesh, Oman, India and Afghanistan in Group E.

The second round of qualifying will begin on September 5 and will be concluded on June 9, with the 12 qualifiers advancing to the third phase.