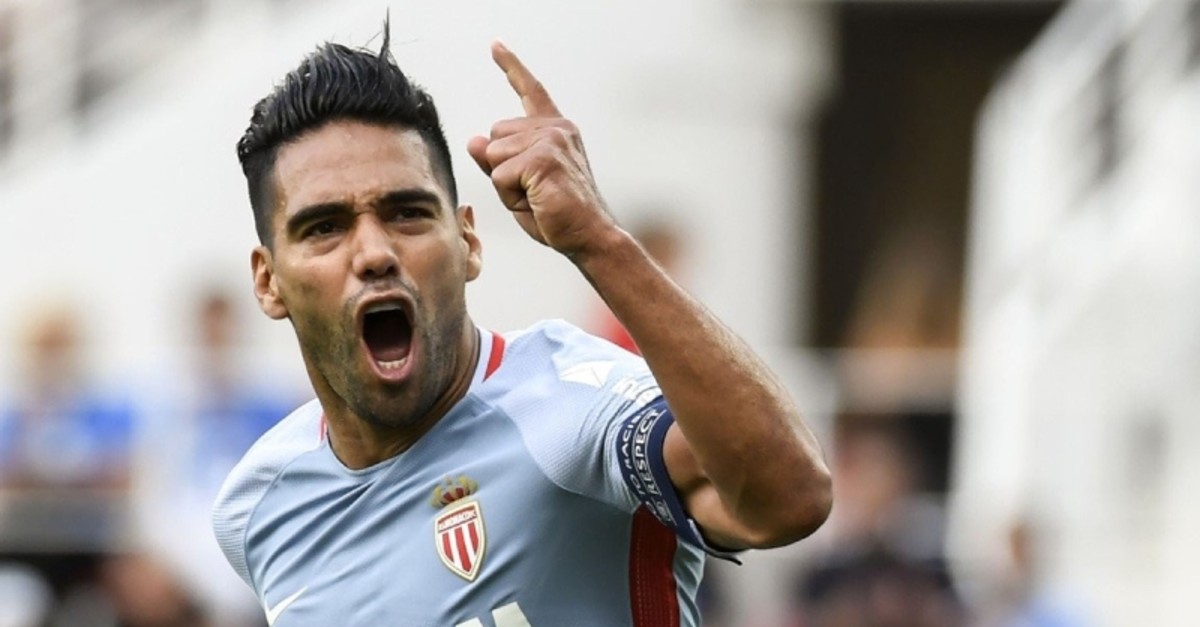 The Süper Lig is slated to open mid-August but the top teams are still rushing to hire new talents before the end of the summer transfer window.

Last season's champion Galatasaray, who is tied to Monaco star Radamel Falcao by Turkish media, confirmed their interest in the 33-year-old Colombian forward. France's L'Equipe earlier reported that the Lions were ahead of other clubs to land Falcao, who still has a contract with Monaco that runs until 2020.

Yahoo Sport France claimed that Galatasaray offered a three-year contract to Falcao while his agent Jorge Mendes reportedly wanted a clause in the agreement with Galatasaray to allow Falcao to terminate the contract if Millonarios FC of Colombia makes a bid for the player.

Valencia and Atletico Madrid were also vying for Falcao, reports said. Talking to reporters Monday, Galatasaray Chairman Mustafa Cengiz confirmed that they were interested in Falcao. "We prioritize our fans' demands and we are exerting efforts for Falcao's transfer," he said. Galatasaray fans have mobilized on social media for days urging the club recruits the Monaco forward.

Falcao scored 16 goals and made two assists in the 39 games last season and Monaco may need a good replacement for him. That will be Andre Silva of AC Milan according to reports. The Italian outfit may offer him for cheap, according to media reports, after health problems emerged during Silva's medicals last week.

Fenerbahçe, meanwhile, is interested in Marseilles's Luiz Gustavo as coach Ersun Yanal looks to put the final touches on his lineup for the new season, Turkish sports daily, Fotomaç reported. The 32-year-old midfielder of Olympique Marseille is a versatile player who started out as left back before switching to play as a defensive midfielder and center back. The Brazilian international may serve as "a bridge" between offensive and defensive fronts of the Yellow Canaries, who look to shake off the misfortunes of last season when they narrowly escaped relegation.

The French club has asked for at least 9 million euros ($10.03 million) in earlier talks but the Yellow Canaries, who mobilized fans this season to fund the debt-laden club, are willing to pay 6 million euros at most.

Fenerbahçe has 19 million euros in its coffers after selling Eljif Elmas to Napoli last week. Fenerbahçe has also shortlisted PSG's Choupo-Moting for the new season. The German-born Cameroon international has another year with the French outfit.

PSG is reportedly looking to sell the 30-year-old forward. The Yellow Canaries boosted its attacking lineup with Max Kruse, Allahyar Sayyadmanesh and Vedat Muriqi in the summer transfer window.

Trabzonspor, meanwhile, wrapped up a deal with Nigerian international John Obi Mikel and the 32-year-old player will attend his first training with the Black Sea Storm Friday after undergoing medicals. He is the third Nigerian international in the team's current lineup, after Ogenyi Onazi and Anthony Nwakaeme. He has signed a two-year contract with Trabzonspor. Obi Mikel joined the Turkish outfit from Middlesbrough where he made 19 appearances in the second half of last season and scored only one goal.