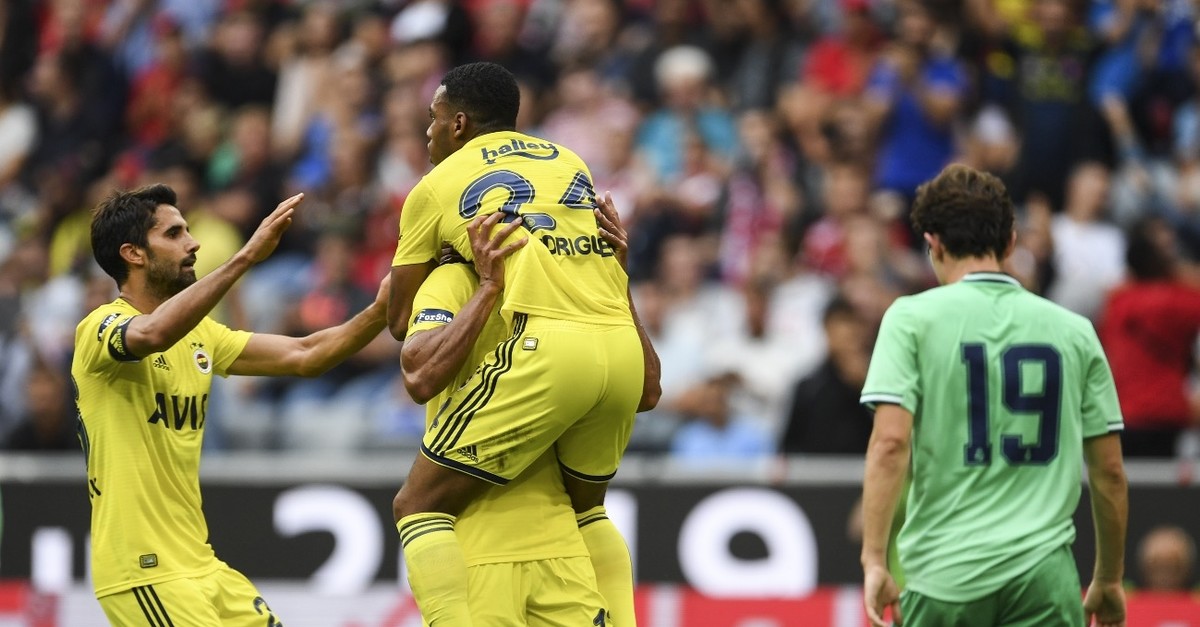 French striker Karim Benzema scored a hat trick as Real Madrid defeated Fenerbahçe 5-3 in a pre-season friendly on Wednesday, temporarily lifting the summer gloom that has engulfed the Spanish giants and coach Zinedine Zidane. However, problems remain for Real as it has now conceded 16 goals in just five friendly matches.

Real faced its Turkish opponents having been defeated by Tottenham 1-0 Tuesday in the first match of Audi Cup, a four-team event which also features German champions Bayern Munich.

Fenerbahçe landed the fourth spot in the tournament after Real Madrid loss that came after a 6-1 defeat to Bayern Munich Tuesday.

Garry Rodrigues scored the opener for Yellow Canaries in the sixth minute and it was followed with a 34th-minute goal by Nabil Dirar. Fenerbahçe's last goal was in 59th minute, by Ozan Tufan.

The highlight of the game for Turkish outfit was its new transfer, goalkeeper Altay Bayındır. Despite conceding five goals, the 21-year-old player was praised for shooting down shots on goal by the Spanish side, preventing a more humiliating defeat for Fenerbahçe.

Speaking in a post-match press conference, Fenerbahçe coach Ersun Yanal said the Audi Cup has been a chance for them to see their shortcomings. "It has been a fine game for us," Yanal summed up their fight against the Spanish side.

He said he still needed to shape a comprehensive lineup. "We have too many players for some positions and we try to test each as much as possible," he said, adding that they missed some key players and worked hard for best results.

"We had to form a team with players who would not align together [due to their playing styles]," he said, lamenting problems in hiring new players due to Financial Fair Play rules.

"We are going to find the solutions, we are going to work. I stand by my players and I know that we are going to make progress and that we will have a very good season," said Zidane, whose team had been left bruised by a humiliating 7-3 defeat by city rivals Atletico in a friendly in the U.S. last week.

"Nobody likes conceding three goals but we have scored five. For us, this is a positive victory."

Zidane's preparations for the new season have also been overshadowed by the saga of Gareth Bale's future at the club. The Welsh star was left out of the Spanish side's squad for the two matches in Munich after his planned transfer to Chinese side Jiangsu Suning, who had offered the Welshman a three-year-deal worth 1 million pounds a week, broke down.

Benzema said the humiliation at the hands of Atletico was a thing of the past and that the crucial date will be the weekend of Aug. 17 when the new La Liga season starts. "The criticisms after the match against Atletico were normal. It was only a friendly but you cannot concede seven goals," said the French striker. "However, it's no longer on my mind." In the final of the tournament, Tottenham claimed the trophy 3-2 in a penalty shoot-out win over Bayern after the game had ended 2-2. Eric Lamela and Christian Eriksen had put Spurs 2-0 up ahead before 19-year-old Jann-Fiete Arp, signed in the summer from Hamburg, and Alphonso Davis, just 18, pulled the German giants level with second-half strikes.