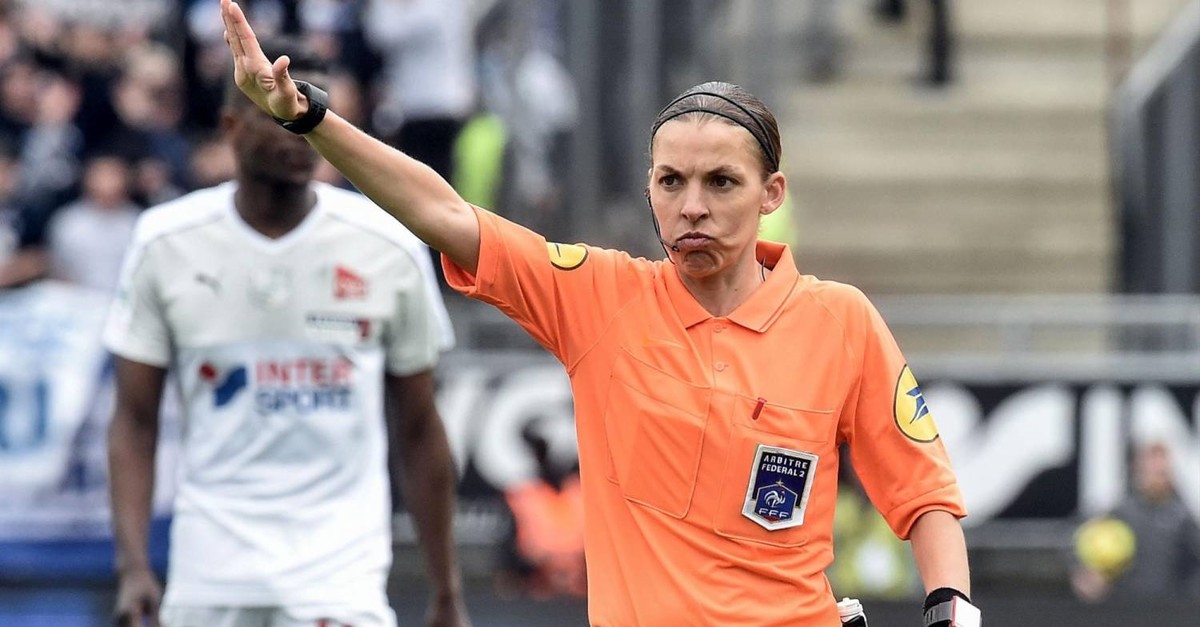 The UEFA Super Cup will be making history in Istanbul on August 14 after French referee Stephanie Frappart was appointed to take charge of the clash between English giants Liverpool FC and Chelsea FC, becoming the first woman to referee a major men's match organized by the UEFA.

Frappart will also lead a team of predominately female officials, and be accompanied by assistant referees Manuela Nicolosi of France and Michelle O'Neal from the Republic of Ireland. Turkey's top-ranking referee Cüneyt Çakır will be joining the trio as the fourth official.

Video Assistant Referees (VAR) will also be used for the UEFA Super Cup between Liverpool and Chelsea.

35-year-old Frappart recently refereed the Women's World Cup final between the United States and the Netherlands in her native France, as well as the 2017 EURO semifinal between the Dutch and the English. She has previously worked in the men's Ligue 1 in the country — which also went down as a first in national history — and is in the pool of French referees for the coming season.

Nicolosi and O'Neal also officiated at the Women's World Cup final on July 7.

"I have said on many occasions that the potential for women's football has no limits and I am delighted that Stephanie Frappart has been appointed to officiate at this year's UEFA Super Cup along with assistant referees Manuela Nicolosi and Michelle O'Neal," said Aleksander Ceferin, president of the European governing body.

However, the first-ever female referee assigned to a men's UEFA competition match was Switzerland's Nicole Petignat, who refereed three UEFA Cup qualifying round games between the years 2004 and 2009.

The first all-English Super Cup match will be played in the renowned Vodafone Park, which serves as the home ground of Istanbul giants Beşiktaş. The state-of-the-art stadium by the Bosporus was inaugurated in April 2016 with a capacity of nearly 42,000 and replaced the old stadium named after Turkey's second president Ismet Inönü that served Istanbulites between 1947 and 2013.