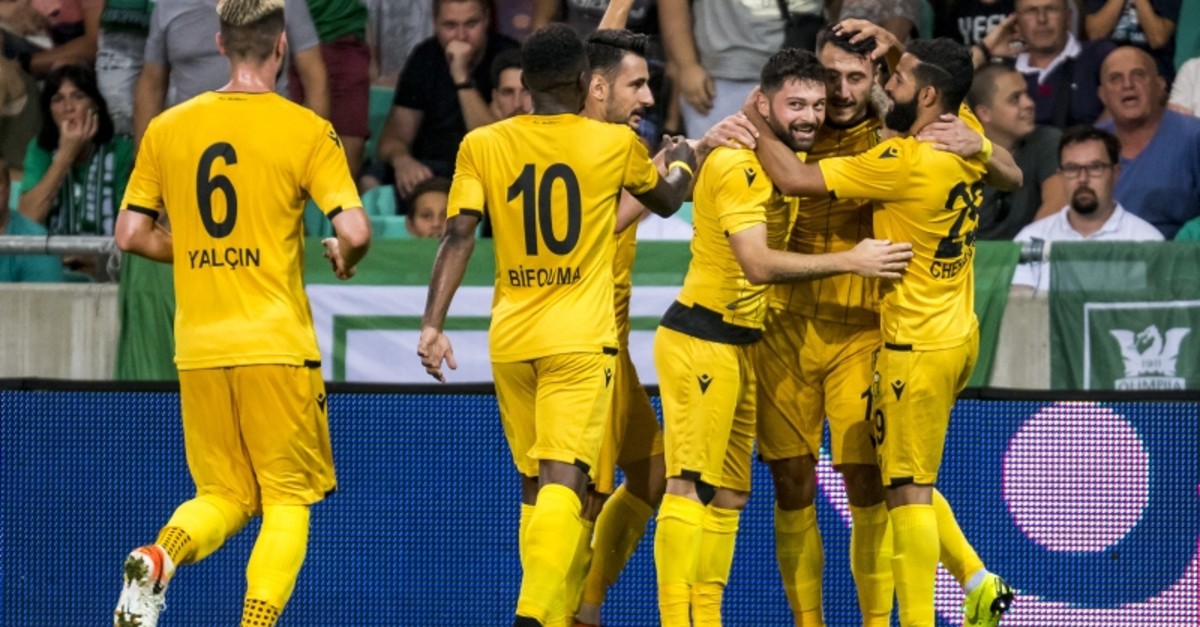 | AA Photo
by Anadolu Agency Aug 02, 2019 1:38 am
Turkish football club Yeni Malatyaspor advanced to the third qualifying round of the UEFA Europa League late Thursday, beating Slovenia's Olimpija Ljubljana 1-0 in an away game.

Malatyaspor eliminated Olimpija Ljubljana 3-2 on aggregate with the victory at Stozice Stadium.

The Turkish team drew against its rival 2-2 at home in the first leg in Malatya, Turkey.

With both teams failing to score in the first half, Olimpija Ljubljana's winger Endri Çekiçi was sent off with a red card in the 38th minute and the team finished the match with 10 men.

Malatyaspor striker Adis Jahovic's only goal in the 77th minute brought the historic victory to the Turkish club as the match ended 0-1.

The Turkish Super Lig team will face Serbia's Partizan in the third qualifying round.

Yeni Malatyaspor are competing in the UEFA Europa League for the first time in their history.