CONMEBOL suspends Messi from Argentina for 3 months over corruption comments 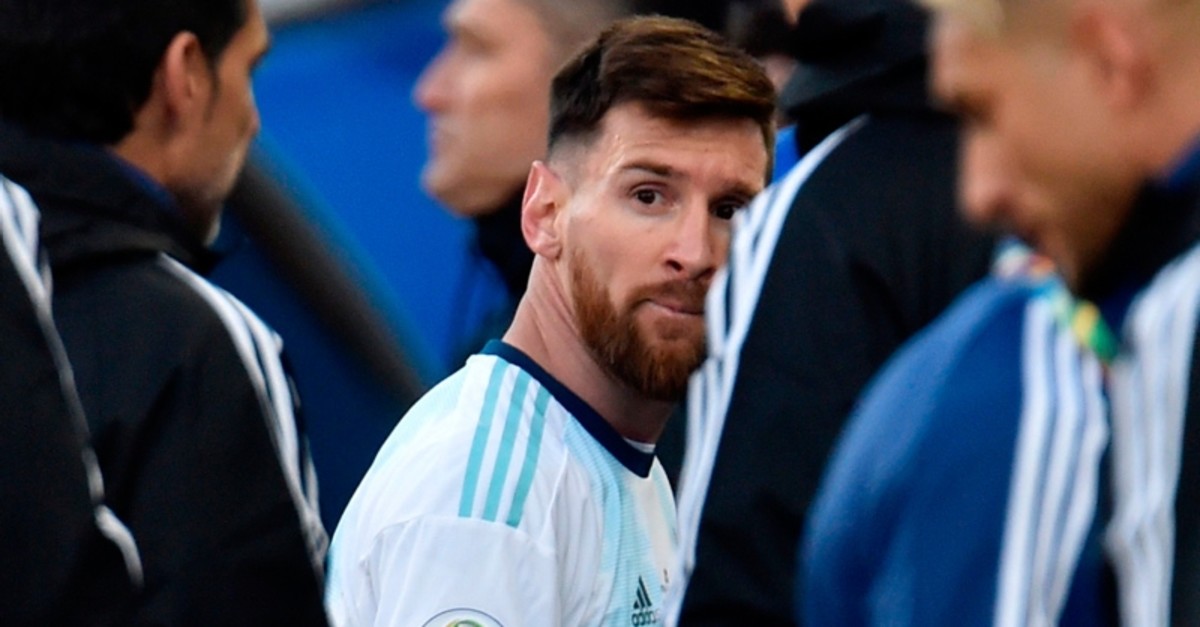 In this file photo taken on July 06, 2019 Argentina's Lionel Messi leaves the field after he and Chile's Gary Medel were sent off during the Copa America football tournament third-place match at the Corinthians Arena in Sao Paulo, Brazil. (AFP Photo)
by Compiled from Wire Services
Aug 03, 2019 2:29 pm

Soccer body CONMEBOL suspended Lionel Messi from international matches with Argentina for three months because of accusations of corruption he made at the latest Copa América.

The South American body also said Friday that it fined the superstar in $50,000 for his comments after Argentina's 2-1 win against Chile in the third-place playoff of the tournament in July.

Messi and Argentina can still appeal the decision, which stops the striker from playing in four friendlies this year.

Argentina has two friendlies lined up in the United States in September against Chile and Mexico and another in October away to Germany. Messi would miss all three of those but be free to play for his country again in November.

The 32-year-old will not play for Argentina matches in September against Chile and Mexico, plus another two in October versus Germany and another adversary to be picked.

Neither Messi nor Argentina's soccer association have made comments about CONMEBOL's decision.

Messi is already suspended from the first match of the South American World Cup qualifiers next March because of the apparently undeserved red card he received against Chile.

The Argentine was sent off for only the second time in his career after a shoving match with Chile midfielder Gary Medel, who also was ejected.

The Argentinian also said the tournament was set for hosts Brazil to win.

Messi had already complained against Copa América refereeing after Argentina's 2-0 loss to Brazil in the semifinals.

When asked if he feared being suspended for his comments, he said "the truth needed to be told." Messi later sent an apology to CONMEBOL for his remarks.

The CONMEBOL statement on its website didn't specify why Messi was being punished but said it was related to articles 7.1 and 7.2 of its disciplinary regulations.

One such clause refers to "offensive, insulting behavior or making defamatory protests of any kind."

Another clause mentions "breaching the decisions, directives or orders of the judicial bodies."