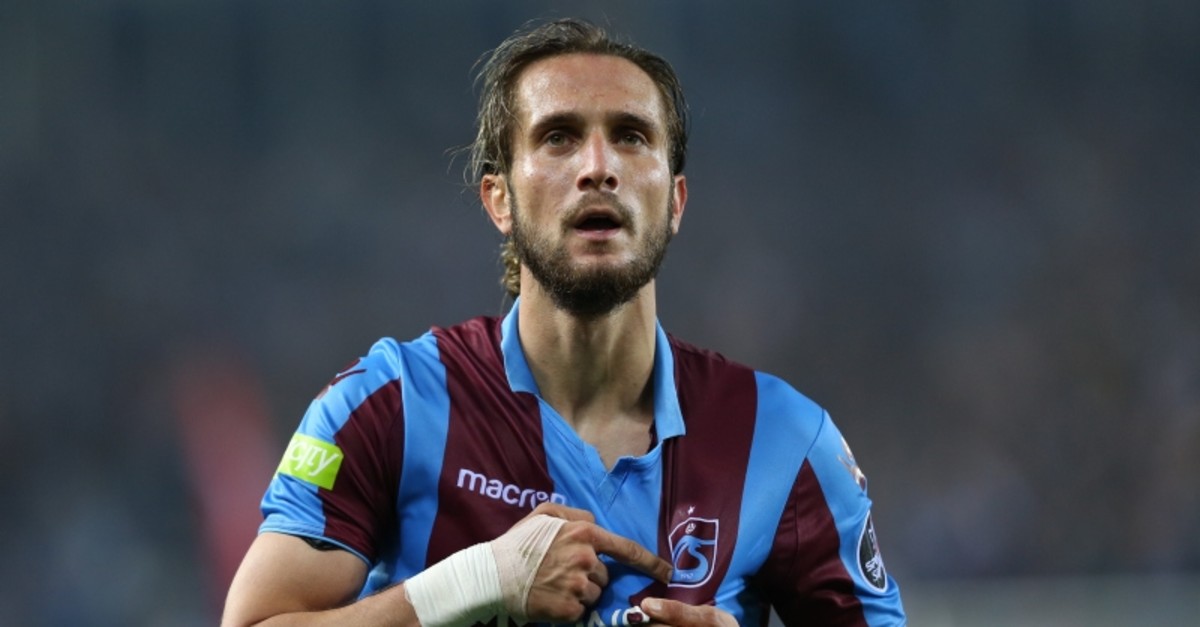 It was "heartbreaking" for Trabzonspor to part ways with Yusuf Yazıcı but the Turkish attacking midfielder also brought a record 16.5 million euros ($18.44 million) to the Süper Lig side when he joined France's Lille yesterday. Lille, for its part, broke its club record with the signing.

The fee for the 22-year-old player, who has made 14 international appearances since his debut in 2017, beats the 14 million euros the Ligue 1 side spent on Brazilian playmaker Thiago Maia in 2017.

"He has great technical qualities, he has an ability to create space, a very high quality shot on goal and has a remarkable left-footed pass which will all improve our squad for the coming season," Lille's general manager Marc Ingla said.

Portugal center-back Edgard Ie moves in the opposite direction to Trabzonspor as part of the deal for Yazıcı who has signed a five-year contract.

He has been brought in by the team who finished second in the French top-flight and qualified for the Champions League as a replacement for Ivory Coast forward Nicolas Pepe, who has joined Arsenal for 80 million euros and Portugese forward Rafael Leao who has left for AC Milan for 35 million euros. Lille coach Christophe Galtier has also signed U.S. attacker Timothy Weah and Nigeria frontman Victor Osimhen ahead of the new campaign which starts by hosting Nantes on Sunday.

Yazıcı is the third player of Black Sea Storm to sign up with a foreign outfit after Gökdeniz Karadeniz and Fatih Tekke. Under the deal, Lille will pay an extra 1 million euros to Trabzonspor if he has playing time in 25 matches with the French side. Trabzonspor will also receive 20% of the transfer fee if Yazıcı is loaned or transferred to another club.

The young talent was discovered after he scored a goal in the 20th second during trials for Trabzon's youth team while he was eight. He joined Trabzon's youth team where his elder brother once played and gradually rose to the senior team. In his first season with Trabzonspor's senior team in 2015, he scored two goals in nine matches and gradually improved his performance, reaching to a score sheet of 10 goals in 35 matches in the 2017-18 season. He was chosen for the national team that season and capped for the team 14 times since then.

He was a part of the wave of young, homegrown talents Trabzonspor relied upon for Süper Lig success last season. After the transfer news, Trabzonspor Chairman Ahmet Ağaoğlu said Yazıcı's move has "derailed" the team's success story and expressed his sadness.

"He was a very important player for us, a lead actor in our success. We did not allow his transfer even when we needed cash last year," Ağaoğlu said, vowing that the club would not sell any other young players.

He said they did not want Yazıcı to depart but the player insisted. Posting on social media after his transfer, Yazıcı thanked Trabzonspor.
"I am eternally grateful to Trabzonspor, where I valued every moment and thank God for wearing its jersey," he said. "Now a new chapter is opening in my story that started in the narrow alleys of Trabzon where I played football and continued in Avni Aker (Trabzonspor's stadium) and with the national team. I want to set an example for the children of Trabzon by showing that they can compete in Europe, can represent Trabzon in Europe," he said.