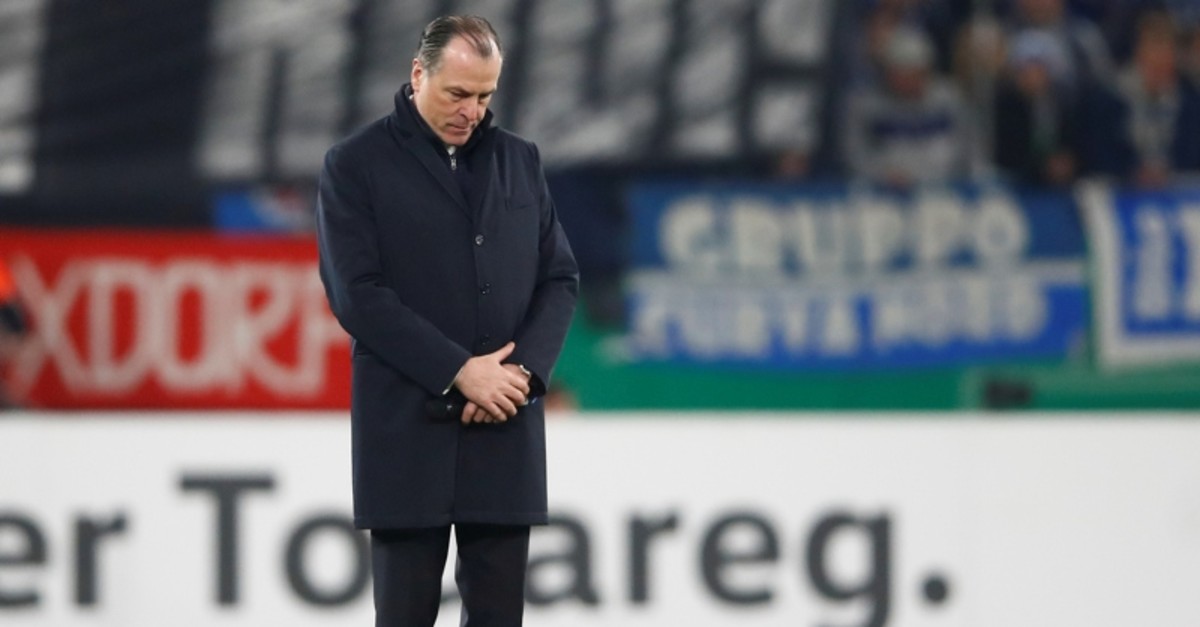 Clemens Toennies, president of German's first division Bundesliga soccer club Schalke 04 stands on the pitch during a minute of silence for late team manager Rudi Assauer at the Veltins Arena in Gelsenkirchen, Germany, February 6, 2019. (Reuters)
by Aug 07, 2019 1:48 am

Schalke supervisory board chairman Clemens Toennies will take a three-month leave of absence from his post over remarks which were widely construed as racist, the Bundesliga club announced late Tuesday.

Schalke's honorary board discussed what action to take at a hearing Tuesday attended by Toennies.

The board concluded that the charge of racism "is unfounded," according to a statement issued on Schalke's website.

The 63-year-old, however, was accused of "violating the principle of non-discrimination enshrined in the [club's] articles of association and the mission statement". He admitted this and "once again expressed his regret," according to the statement.

The ethics committee of the German football federation (DFB) will also look into Toennies' comments at a meeting on August 15.

Toennies, a 63-year-old businessman, has publicly apologized for remarks he made in a speech at a Handworkers' Day in Paderborn critical of raising taxes to combat climate change. He was quoted as saying: "Instead of increasing taxes, we should rather finance 20 power plants in Africa every year. Then Africans would stop cutting down trees and producing children when it's dark."

"Whoever knows him, who has worked with him for a long time, knows that Clemens likes people as they are - completely independent of skin colour, origin or religion," he said.

"He is always concerned with the character of a human being - never the colour of his skin."

Veteran retired Schalke coach Otto Rehhagel was reported by the newspaper as saying he always knew Toennies as "an honest and socially committed person" for whom it was "only important how someone behaves not from where they come."

According to WAZ, former Social Democratic Party (SPD) leader Sigmar Gabriel said Toennies' remark was "guaranteed wrong" but the club boss was not a racist and "those who know Toennies know that's not true." Any comparison "trivialises the real racists," he added.

Toennies has been widely criticized for his comments. In an apology on the Schalke website, he said: "As chairman of the supervisory board of FC Schalke 04, I stand 1,000 per cent behind our club values. This includes the fight against racism, discrimination and exclusion.

"On the basis of that I expressly wish to excuse myself to you, the fans, members and friends of Schalke. It was wrong, rash and thoughtless and in no way in line with our values."