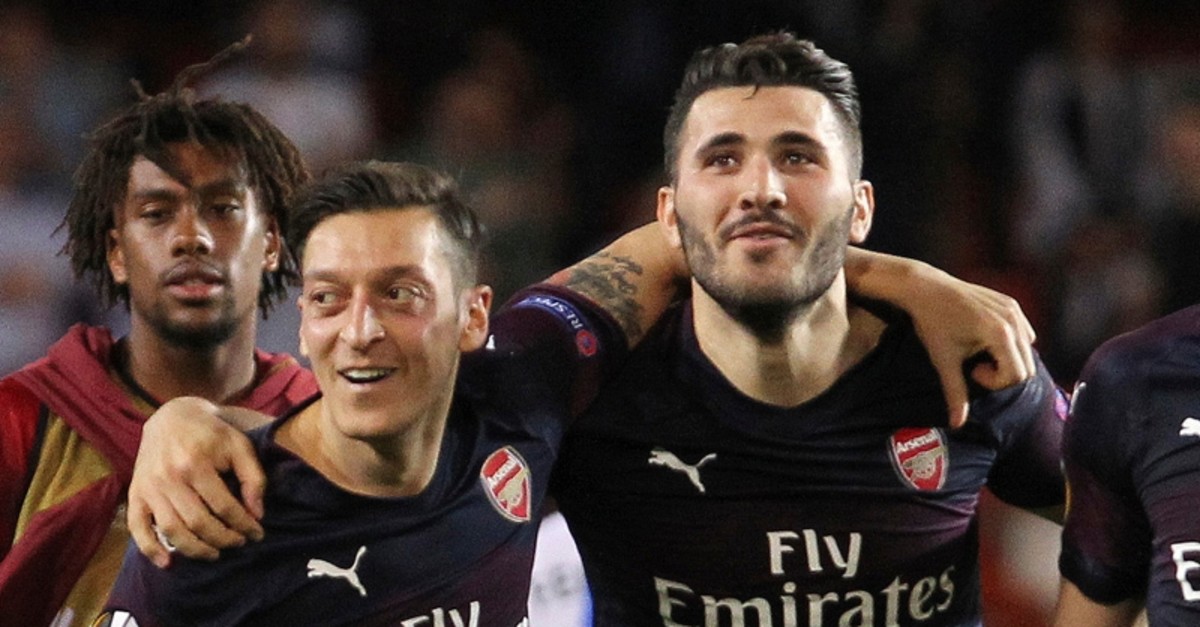 In this May 9, 2019 file photo, Arsenal defender Sead Kolasinac (R) celebrates with Arsenal midfielder Mesut u00d6zil at the end of the Europa League semifinal match in Valencia, Spain. (AP Photo)
by Associated Press Aug 09, 2019 8:59 pm
Arsenal has left Mesut Özil and Sead Kolasinac out of the squad for its Premier League season opener because police are investigating "further security incidents" two weeks after the players fought off two knife-wielding men.

In an apparent robbery attempt caught on camera in London, Kolasinac jumped out of a vehicle to confront the masked aggressors, who had pulled alongside the car on mopeds.

Turkish-German Özil and his Bosnian teammate Kolasinac were unharmed but did not play in subsequent preseason friendly matches. Arsenal decided that "following further security incidents which are being investigated by the police" they will not be traveling to Newcastle for Sunday's first match of the season.

"We are liaising with the police and are providing the players and their families with ongoing support. We look forward to welcoming the players back to the squad as soon as possible."