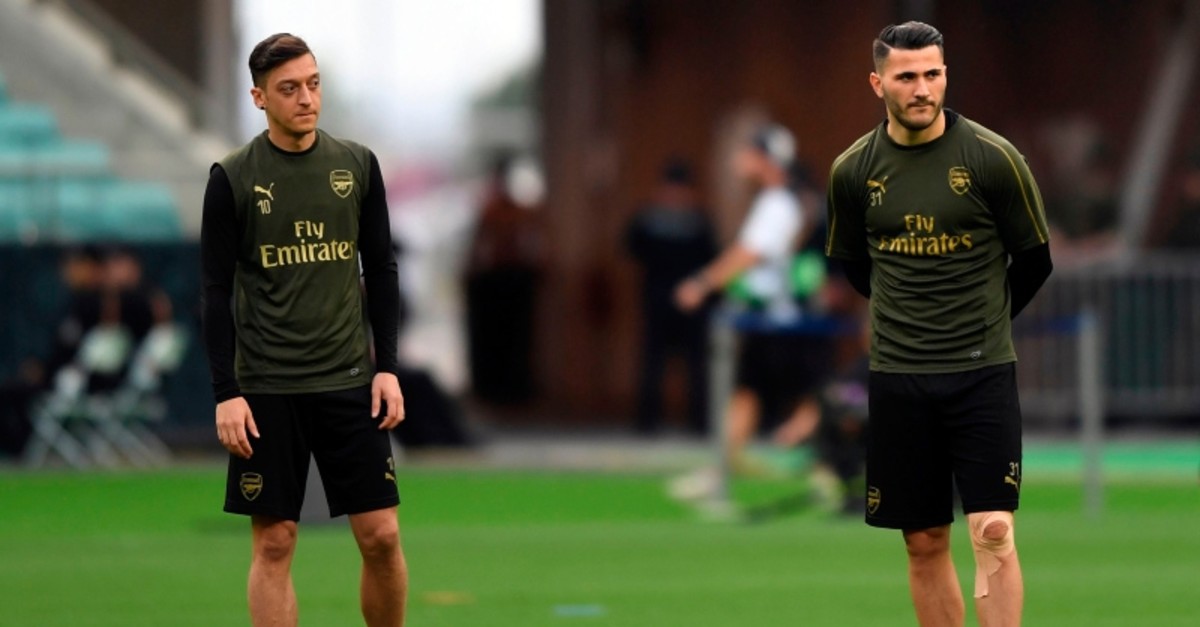 In this file photo taken on May 28, 2019 Arsenal midfielder Mesut u00d6zil (L) and defender Sead Kolasinac attend a training session at the Baku Olympic Stadium on the eve of the UEFA Europa League final match between Chelsea and Arsenal. (AFP Photo)
by Aug 11, 2019 5:28 pm

Two men will appear in court next month charged with a public order offense, police confirmed Sunday, in connection with two Arsenal footballers previously targeted in an attack.

Former Germany midfielder Özil and the Bosnia-Herzegovina defender were targeted last month by masked and armed attackers who chased their car through London.

London's Metropolitan Police said two men had been arrested in an incident in the north of the city three days ago.

"Two men have been charged under Section 4a of the Public Order Act following an incident in Camden on Thursday," the police said in a statement.

"Ferhat Ercan, 27, of Highgate, and Salaman Ekinci, 27, of Tottenham, were charged on August 9 following the incident and are due to appear at Highbury Corner Magistrates Court on September 6."

Reports suggested the men were arrested after becoming involved in an altercation with security staff outside Özil's house.

Section 4a of the Public Order Act refers to offenses of intentional harassment, alarm or distress, through threatening, abusive or insulting words, behavior or displays.

Arsenal said on Friday that Özil and Kolasinac would not be in the squad traveling to Newcastle "following further security incidents which are being investigated by the police.

"We are liaising with the police and are providing the players and their families with ongoing support.

"We look forward to welcoming the players back to the squad as soon as possible."