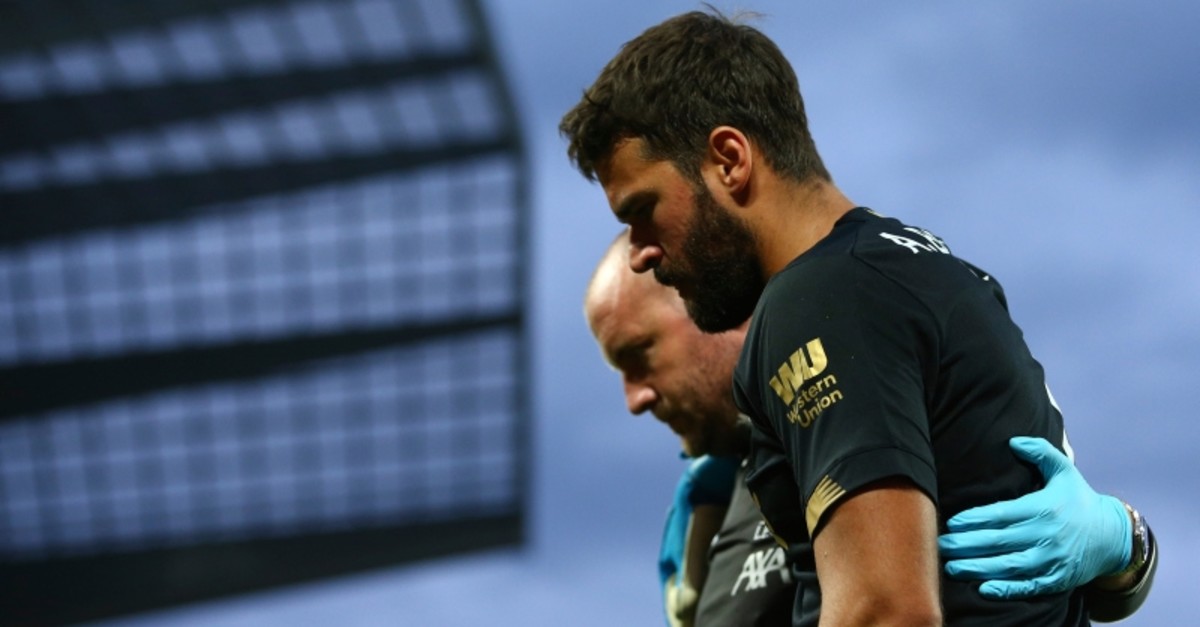 Liverpool goalkeeper Alisson Becker has been ruled out for "the next few weeks" by boss Jurgen Klopp after suffering a calf injury in the 4-1 win over Norwich.

Alisson limped off in the first half of Liverpool's Premier League opener at Anfield on Friday.

Klopp revealed on Monday that he does not expect the 26-year-old Brazil international to be available for several weeks.

"Not too cool. It's a calf injury which takes him obviously out for a while," Klopp told Liverpool's website.

"I saw already like 'six weeks' and stuff like this, but Ali was not a lot injured in his career so I would like to wait a little bit to see how he develops in that process now, but he is not in for the next few weeks."

Alisson was replaced by experienced Spaniard Adrian against Norwich. The former West Ham keeper, who joined on a free transfer last week, is likely to keep his place for Liverpool's European Super Cup date with Chelsea in Istanbul on Wednesday.

Third-choice Liverpool keeper Caoimhin Kelleher is not fully fit after a broken wrist, so the club are reportedly considering signing 35-year-old former Middlesbrough player Andy Lonergan on a free transfer.

Lonergan was part of Liverpool's pre-season tour as cover for their other keepers.

The European champions return to domestic action at Southampton on Saturday.

"His experience is the main thing, he knows what he is doing. He's played a load of games, so he knows what it is about," Alexander-Arnold said.

"Obviously when a keeper has to come off, it's never too promising, so, yes, I think everyone needs to get their head around the fact that he probably will be our keeper for the next few weeks and if so, then we have to live with that, embrace that and I'm sure he will learn from us.

"We will be able to make good connections with him and I think a lot of the lads have made bonds with him already because he's such a good lad off the pitch."