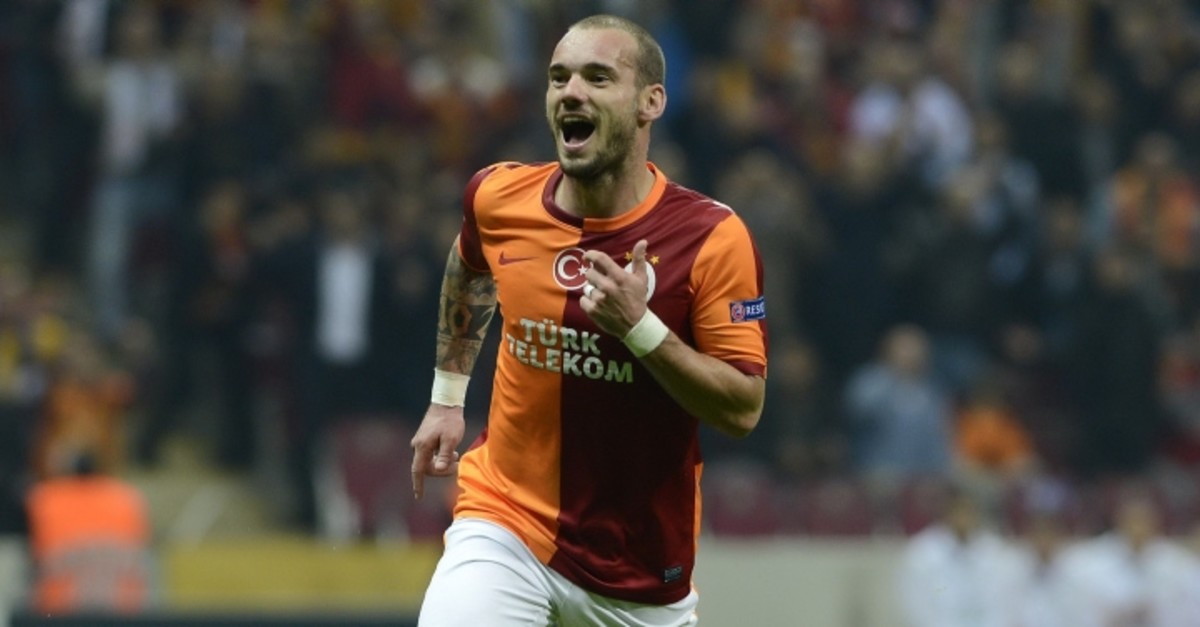 The Netherlands' most-capped player and a former Galatasaray scorer, Wesley Sneijder announced on Monday his retirement from football, bringing down the curtain on a trophy-laden career that spanned 17 years.

The 35-year-old, who played 134 times for his country, made the announcement while speaking to the YouTube channel of his hometown club FC Utrecht after having bought a corporate box at their stadium.

"My connection to the town is big. Now I've retired from football I want a nice place to share my memories," he said.

Sneijder, who made his international debut in 2003 aged 19, picked up a World Cup runners-up medal in 2010 as the Oranje were beaten by a dominant Spain in the South Africa final.

His displays earned him the Silver Ball for the tournament's second best player behind Uruguay's Diego Forlan.

Four years later in Brazil he took his side to third place after missing a penalty in the semi-final shoot-out loss to Argentina. He was also named in the Euro 2008 Team of the Tournament despite his team's quarter-final exit at the hands of Russia.

His run to the 2010 final with the Netherlands came after his finest season in club football, as the number 10 led Inter Milan's charge to a Serie A, Coppa Italia and Champions League treble under Jose Mourinho.

An Ajax academy graduate in 2002, Sneijder won the Eredivisie title and two Dutch Cups in his five years in the capital club's first team before moving to Real Madrid, where he linked up with countryman Arjen Robben.

He won the La Liga title in 2008 before making the move to Inter a year later, winning that famous treble before a succession of injuries saw him moved on to Galatasaray, where he picked up two more league titles and three Turkish Cups in four years.

He finished his playing career Al Gharafa in Qatar's top-flight.