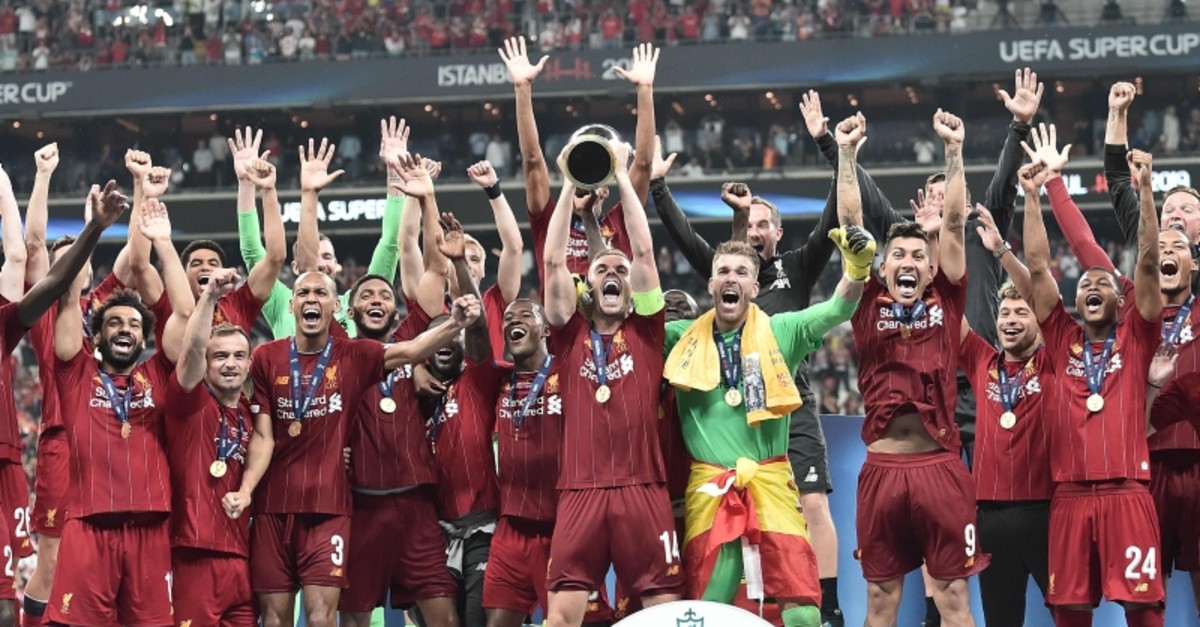 Liverpool team poses with the trophy after winning the UEFA Super Cup 2019 football match between FC Liverpool and FC Chelsea at Vodafone Park Stadium in Istanbul on August 14, 2019. (AFP Photo)
by Associated Press Aug 15, 2019 1:22 am

Adrian may never play more than a smattering of games for Liverpool, but he'll be remembered for his "crazy week."

The backup goalkeeper turned penalty hero with a save on the final kick of the shootout as Liverpool beat Chelsea to win the Super Cup and kick off a new European season.

After Champions League holder Liverpool and Europa League winner Chelsea finished extra time at 2-2, Adrian made the crucial save with his leg to deny Tammy Abraham and give his team a 5-4 win on penalties in a game which finished after midnight Turkish time on Thursday. 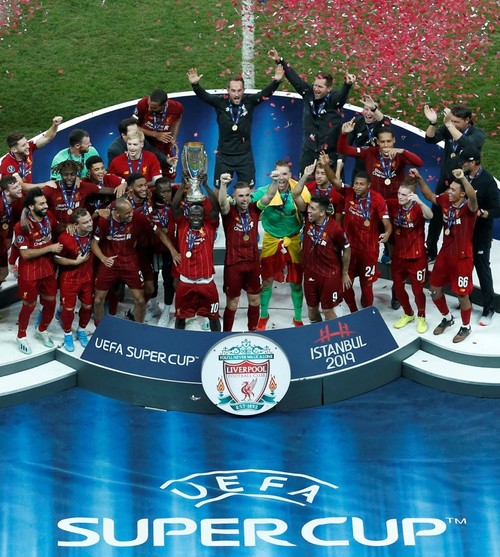 Adrian was signed just nine days before as backup for Alisson, but when the Brazilian injured himself last Friday in the English Premier League opener, he was thrust into the spotlight first as a substitute, then as a Super Cup starter.

"Welcome to Liverpool," Adrian said. "It's been a crazy week. I'm really happy for the team, I'm happy to play for Liverpool and happy for the fans."

The 32-year-old Spanish goalkeeper was a free agent after leaving West Ham, where he didn't play a single Premier League game last season and last appeared in an FA Cup loss to lowly AFC Wimbledon. 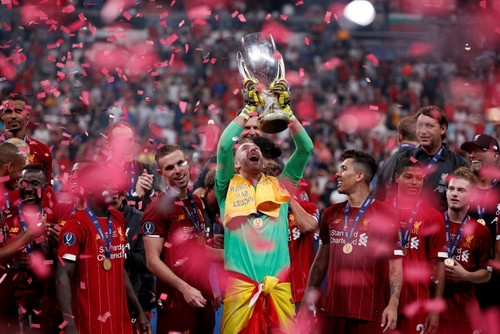 Even before the shootout, Adrian kept Liverpool in the game with a 113th-minute save from Mason Mount to stop Chelsea winning in extra time. Still, he's expected to relinquish his Liverpool starting spot to Alisson when the Brazilian returns from his calf injury in a few weeks.

Chelsea took the lead in the 36th minute when Christian Pulisic exposed poor positioning by Liverpool right back Joe Gomez to pass for Olivier Giroud to shoot low past Adrian.

Liverpool stormed back after the break, Fabinho's 48th-minute pass opening up the Chelsea defense and leaving Sadio Mane with an easy finish off Mohamed Salah's flick. 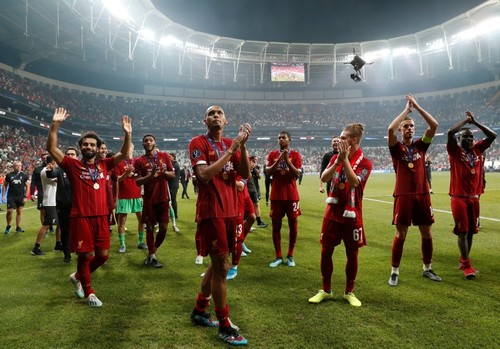 In extra time, Mane put Liverpool ahead off a Roberto Firmino cross, but Chelsea quickly responded with a penalty from Jorginho.

After just six minutes, she denied Liverpool a penalty when Sadio Mane's overhead kick hit Andreas Christensen's arm, which seemed to be out of a strictly "natural" position. There was no full review by the video assistant referee system.

Twice Chelsea put the ball into the net through Pulisic and substitute Mount, but Frappart and her assistants ruled both efforts out for clear offsides.

Just as in its 4-0 loss to Manchester United on Sunday, Chelsea played a strong first half before slumping after halftime, but this time its mistakes weren't nearly as harshly punished.

Frank Lampard's team tormented Gomez in the opening 45 minutes, drawing him out of position and exploiting the space created. After an early chance for Salah, it was all Chelsea as Pedro hit the bar and Giroud shot at Adrian. Soon after, Pulisic and Giroud combined for the opening goal.

After Mane scored, Liverpool nearly followed up with a second as Fabinho fired just wide, then Jordan Henderson forced a save from Kepa Arrizabalaga.

The Chelsea goalkeeper made a spectacular double save to keep Liverpool at bay in the 75th, diverting Virgil van Dijk's shot onto the bar after substitute Abraham cleared Fabinho's shot off the line with his first touch of the game.