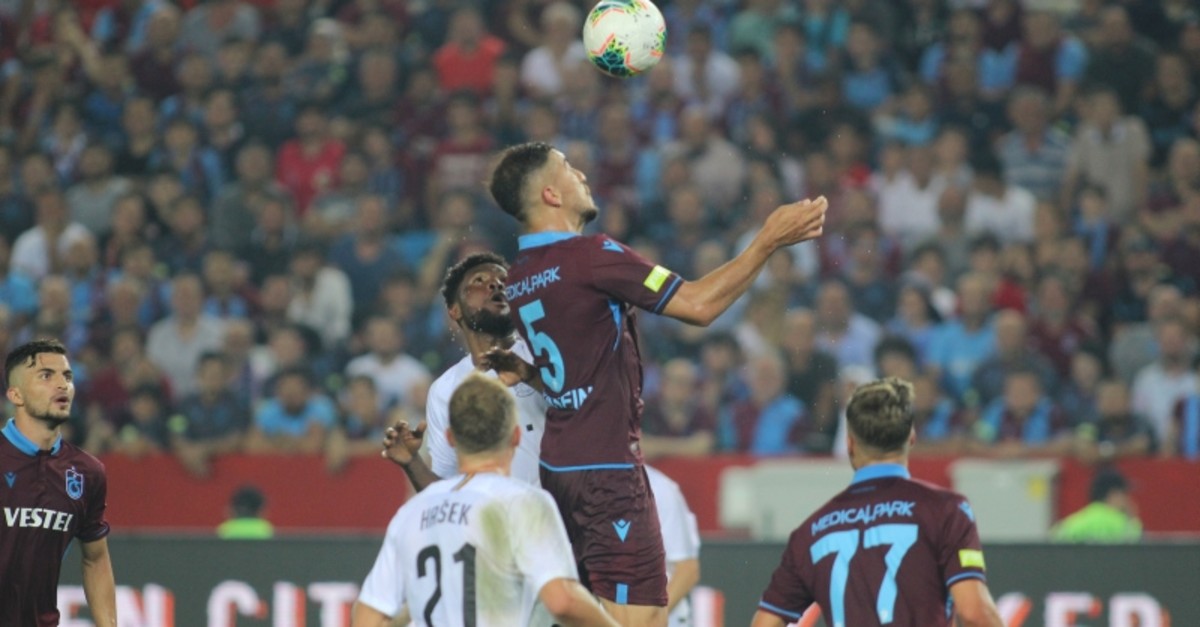 Trabzonspor qualified for the UEFA Europa League playoffs with a 2-1 victory against Sparta Prague, but it now heads into a busy schedule with five games in 17 days

The Black Sea Storm Trabzonspor beat Sparta Prague 2-1 in the second leg in the tournament's third qualifying round, as the Turkish team won 4-3 on aggregate.

Last week's first leg at Stadion Letna in Prague ended 2-2 as Trabzonspor grabbed the vital away goal advantage. The second leg at Trabzonspor's home started well as the host took the lead, with an early opener from Norwegian forward Alexander Sorloth.

The 23-year-old showed he will be a key player for Trabzon this season, after scoring his second goal in two matches. He signed for the Turkish outfit in the summer transfer window.

But Sparta Prague equalized in the 78th minute at Medical Park Stadium, when Czech forward Adam Hlozek put the ball into Trabzonspor net. This goal kept hopes alive for the visitors.

Trabzonspor made it 2-1 near the end of the game, as their Czech defender Filip Novak scored against Sparta Prague. Novak's very late goal clinched the victory for Trabzonspor.

Yet, with the beginning of the 2019-2020 season this weekend, Trabzonspor faces a challenging schedule, with five matches in 17 days.

Its first match is against Kasımpaşa in Istanbul Sunday.

Four days later, it will head to Greece for the AEK match. A Süper Lig Week 2 game against Yeni Malatyaspor is scheduled for Aug. 25, the second leg of the AEK challenge at home is on Aug. 29, followed by a Week 3 away game against Fenerbahçe on Sept. 1.

Meanwhile, the other Turkish team in the Europa League qualifiers, Yeni Malatyaspor, has been eliminated by Serbian club Partizan Belgrade despite a 1-0 win in the second leg.

The North Macedonian forward's an early goal, however, wasn't enough to carry Malatyaspor to the next stage of the Europa League.

In other Europa League games on Thursday, the Wolverhampton Wanderers celebrated their biggest aggregate win in Europe after the Premier League side beat Armenia's Pyunik 4-0 on the night, and 8-0 overall, to set up a Europa League playoff with Serie A's Torino.

The winner of the home and away legs on Aug. 22 and Aug. 29, with the first match played in Italy, will progress to the group stages.

Substitute Diogo Jota scored with an acrobatic late scissor kick to wrap up an easy victory in front of a packed Molineux, with three of the goals flowing in a 10-minute spell after the break.

The Wolves, seventh in the league last season, are competing in Europe for the first time since they played in the 1980-81 UEFA Cup.

New Portuguese signing Pedro Neto opened the scoring with a debut goal in the 54th, with teenage midfielder Morgan Gibbs-White putting the hosts 2-0 up in the 58th, and Ruben Vinagre bagging the third from close range in the 64th.

Torino beat Shakhtyor Soligorsk 6-1 on aggregate after a 1-1 second-leg draw in Belarus.