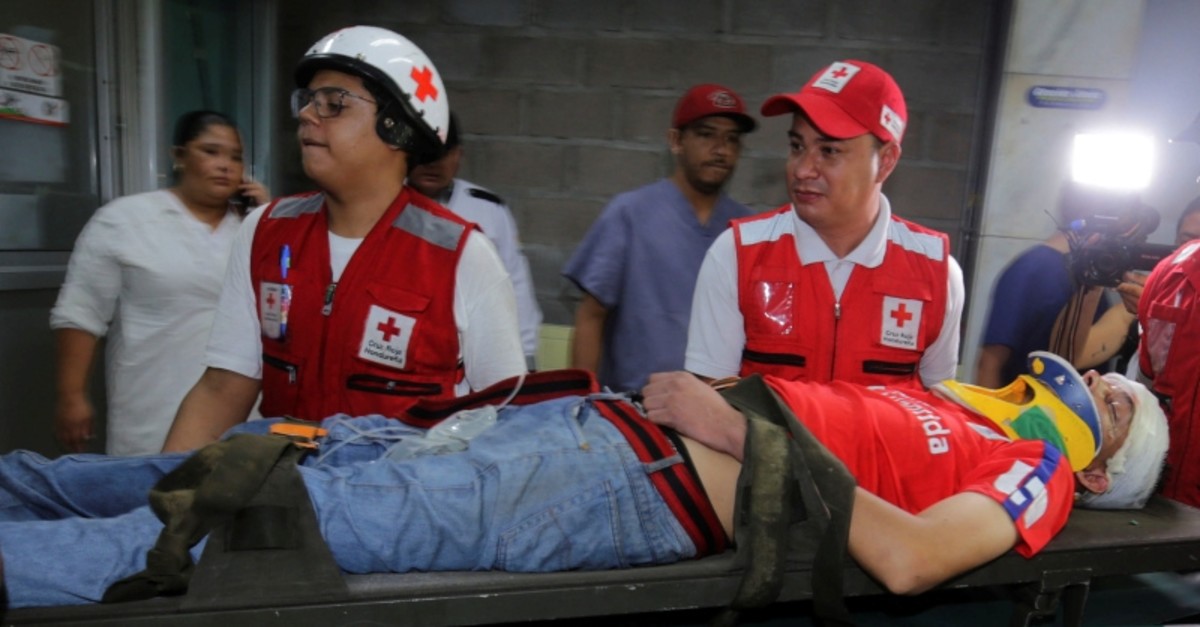 An injured supporter is admitted to the University School Hospital during the riots outside the National Stadium, after the cancellation of the classic match between teams Olimpia and Motagua in Tegucigalpa, Honduras, Aug. 17, 2019. (EPA Photo)
by Associated Press Aug 18, 2019 9:33 pm
A fight between fans of rival football teams Motagua and Olimpia at the National Stadium in Honduras' capital left four people dead and led to the suspension of the game.

The National League and police then suspended the game.

A fight broke out between fans of the teams, with fists flying and gunfire heard. Police used tear gas to disperse the crowd, which took their fight inside the stadium as well.

Hospital spokeswoman Juliette Chavarría said three spectators died Saturday, and a fourth died on Sunday. Four of the injured have been released from hospital, while three more are in stable condition, she said.

The stadium will be closed until further notice. The National League did not set a new date for the game to be played.

"We regret these situations and I call on the fans of Olimpia and other teams in the National League to avoid performing these acts which damage football," said Olimpia president Rafael Villeda.

Fans of Motagua and Olimpia have engaged in deadly clashes in the past.