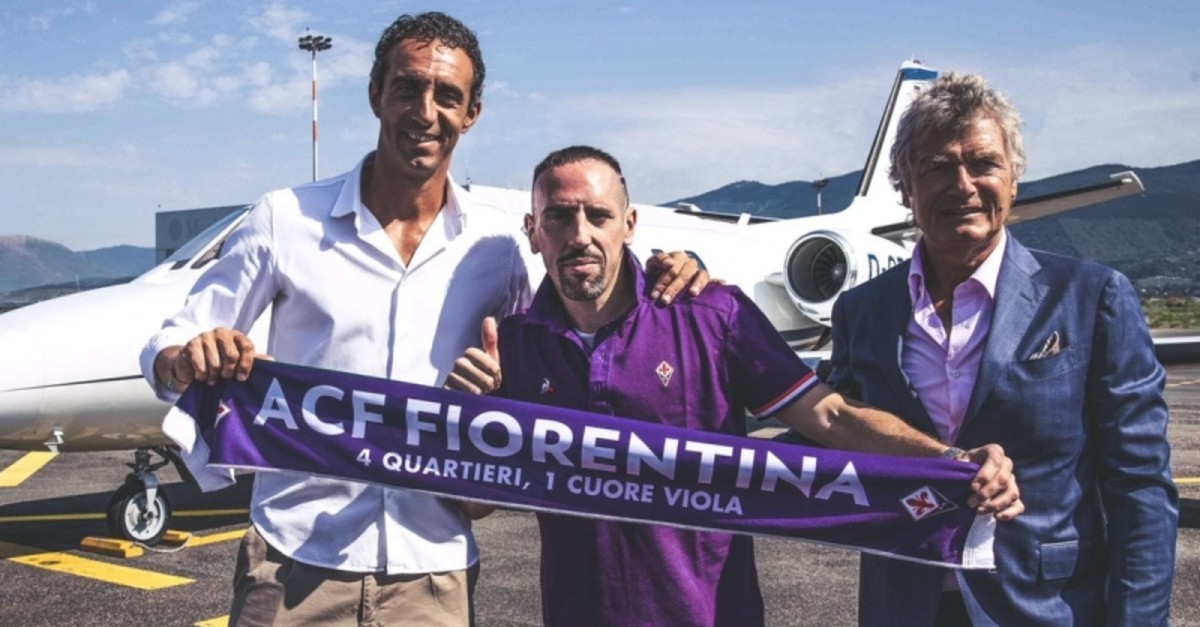 ACF Fiorentina did not announce the length of Ribery's contract but Italian media reported that the 36-year-old signed a two-year deal. Ribery has reportedly agreed a two-year deal worth between 4 million and 4.5 million euros ($4.4m-$4.9m) plus bonuses.

The French international was a free agent after 12 seasons with Bayern Munich, which included nine German titles, six German cups in addition to the UEFA Champions League title in 2013. He scored 124 goals and made 182 assists in 425 games for the Bundesliga team.

Fiorentina earlier posted footage on its website of Ribery and his wife Wahiba landing in Florence on a private jet to complete his signing. He was greeted by hundreds of La Viola fans.

Kevin-Prince Boateng, who also joined Fiorentina in the offseason, posted a photo on Twitter of him and Ribery in the club colors.

Ribery will be presented at a news conference on Thursday. The Stadio Artemio Franchi will be open to fans "to give everyone the chance to welcome the new viola player."

The French player said that former Bayern forward Luca Toni had convinced him to move to Italy.

"I talked for a week with Fiorentina. I also spoke with Luca Toni. He told me that Fiorentina is a great club and the city is beautiful.

"And I also like Italian and I speak it a bit even though I have to improve. Thank you all."

Before joining Bayern Munich, Ribery played for the French teams Boulogne, Ales, Brest, Metz, Marseille and the Turkish club Galatasaray during his career.

Ribery made 81 appearances for the French national team, with the latest being in 2014, and scored 16 goals for his country.

He was a part of the France squad during the 2006 FIFA World Cup in Germany as this team was the World Cup runners-up. Italy lifted the World Cup after they defeated France 5-3 on penalties in the final.

Fiorentina won the last of its two Italian titles 50 years ago. Its most recent trophy was the Italian Cup 18 years ago.