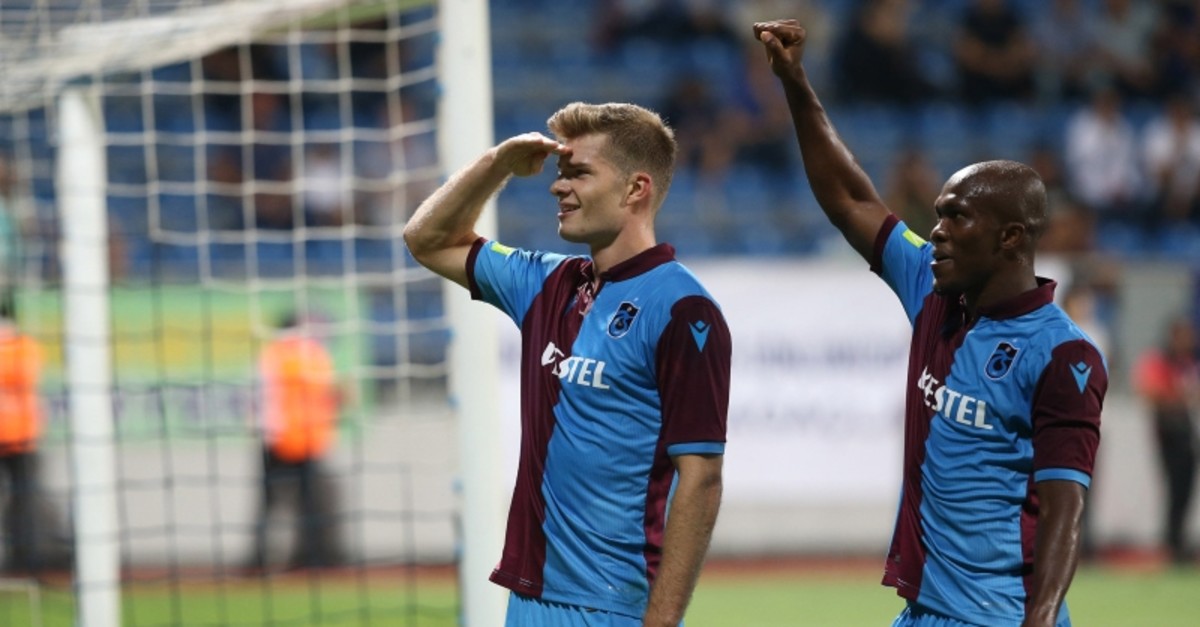 Süper Lig side Trabzonspor will open a new chapter in its European campaign today as it takes on Greek side AEK Athens in their first UEFA Europa League playoff.

The Turkish outfit made it to the playoffs with a 2-1 victory home against Sparta Prague preceded by a 2-2 draw in the first round in the third qualifying round of the tournament.

This is Trabzon's last chance to reach to group stage at a time when Turkish powerhouses like Galatasaray and Fenerbahçe are absent from European campaigns. It needs a definitive victory in today's match to easily breeze past the Greek side in the Aug. 29 rematch.

Trabzonspor started the Süper Lig last week with a lackluster 1-1 draw against Kasımpaşa, but the Athens tie can be an altogether different episode.

Coach Ünal Karaman reshuffled the lineup in a local match and fielded a completely different side than the one fought in the third qualifying round. Karaman will likely go for another major overhaul against AEK Athens.

Media outlets claimed that Ivanildo Fernandes, Gaston Campi, John Obi Mikel and Yusuf Sarı may be left on the bench while Hosseini, Abdülkadir Parmak and Ekuba take the pitch. Nigerian international Ogenyi Onazi, a key midfielder for the team, will still miss the match through injury. Trabzonspor veteran Karaman, who was with the club as a player in the 1990s and as a coach since 2018, has been credited for the Black Sea Storm's rise last season when it finished fourth. His lineup, relying on both homegrown talents from Trabzon's youth team as well as a large number of foreign recruits, will be a challenge for AEK that defeated Romania's Universitatea Craiova to reach the playoffs.

The Black Sea Storm features the likes of Argentinian international Jose Sosa, a key midfielder since last year. The 34-year-old scored five goals and made four assists last season in the Süper Lig. He serves as an efficient link in Trabzon's defense-attack chain. Former Chelsea veteran Mikel, who joined Trabzonspor this summer after a lengthy tenure in the Premier League, is no stranger to European campaigns. The defensive midfielder will be out to prove he is not past his prime at the age of 32 when Trabzon takes on AEK.

Full back Filip Novak completes the dangerous trio with his left-footed skills. With Trabzonspor since 2018, the Czech played a vital role in the much-needed victory against Sparta Prague, with his winning goal near the end of the stoppage time.

Trabzonspor will also rely on its top scorer Alexander Sörloth. Signed in the summer transfer window, the Norwegian international scored three in his first three matches for Trabzonspor. The 23-year-old scored one goal each in the two matches against Sparta Prague in the qualifying round and was the sole scorer against Kasımpaşa in the Süper Lig.

This is Trabzonspor's 128th match in European tournaments since it was founded 52 years ago. The team won 49 times and suffered 45 defeats. It is also the first time the outfit is facing a Greek team.