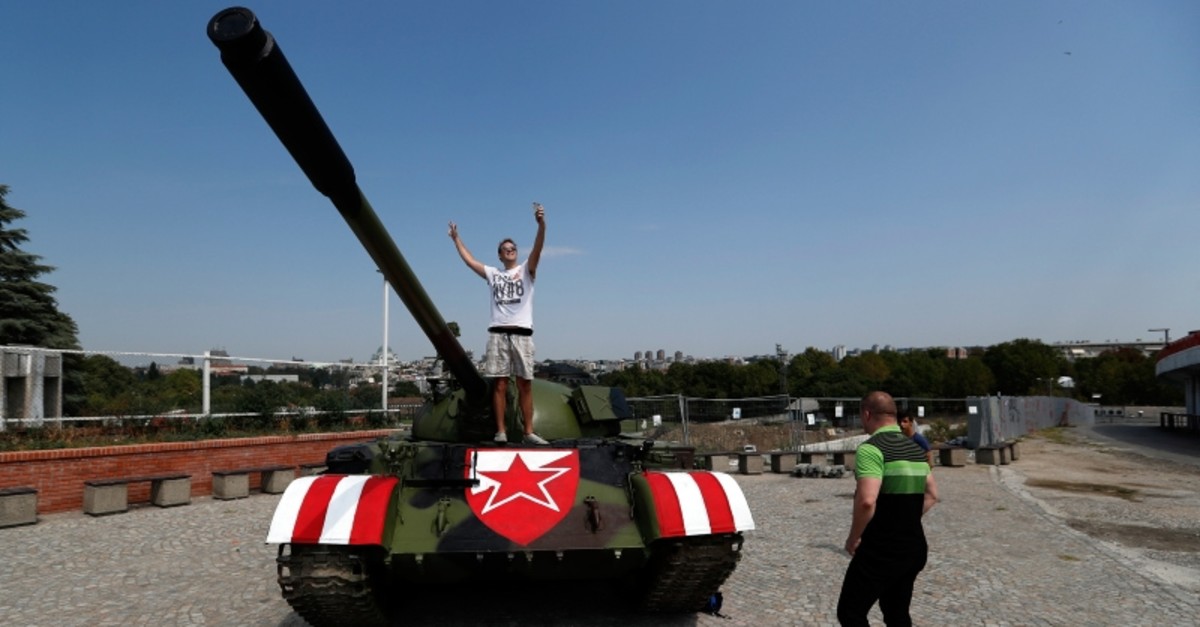 Red Star Belgrade fans have welcomed another wartime symbol to their stadium: a real battle tank used during the bloody breakup of Yugoslavia in 1990s.

The decommissioned Soviet made T-55 Yugoslav army tank was parked in front of the Red Star stadium ahead of a Champions League qualifying match against Swiss champion Young Boys.

The Red Star fan club website says the tank symbolizes their slogan "Machine Has Started." The northern stand at the stadium near which the tank was parked is reserved for the club's most ardent supporters, known as Delije, or roughly translated the tough boys.

The stunt has triggered a strong reaction from neighboring Croatia, which fought a war for independence from the Serb-led Yugoslavia.

Croatian media said the tank is "a clear provocation" and "a scandal," suggesting that European football's governing body, UEFA, must react.

Liberal Belgrade groups called on authorities to remove the army vehicle and denounced its display as "glorification of war symbols."

Serbian Interior Minister Nebojsa Stefanovic said "the tank replica" was inspected and that no explosive ordinance that would represent danger to the public was found.

The armored vehicle was painted overnight in the red and white Red Star colors with club officials saying in a statement that "another attraction" was added to the stadium known locally as Maracana after the iconic stadium in Rio de Janeiro.