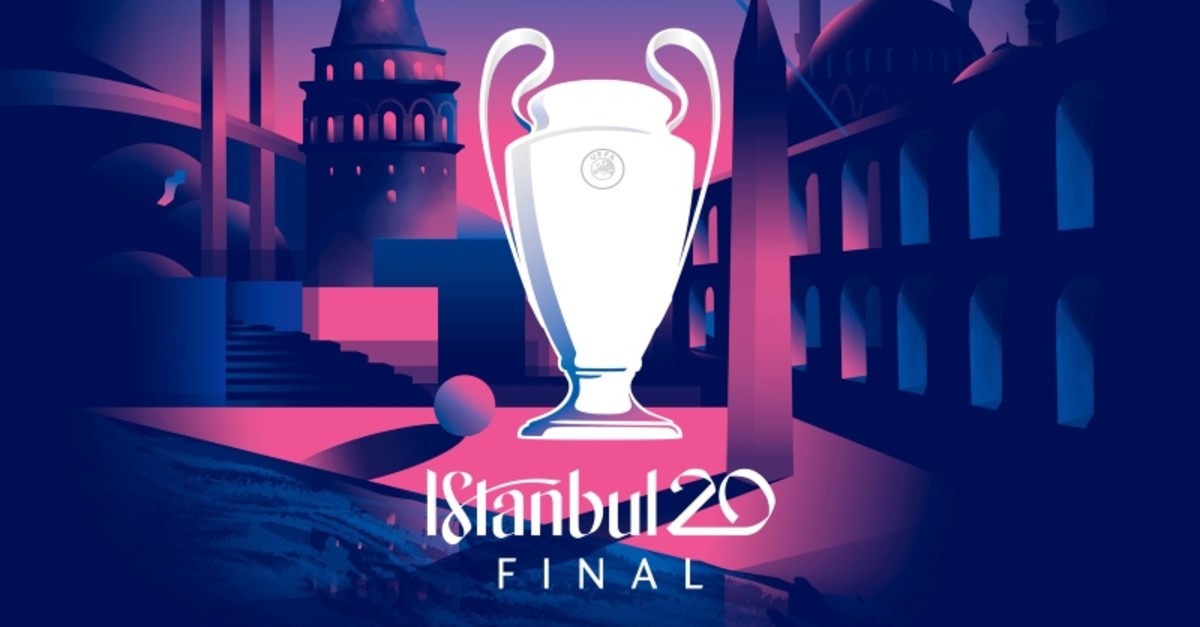 European football's governing body the UEFA unveiled Thursday the logo for the 2020 Champion League final slated to be held in Istanbul in May.

The "final identity," as the UEFA called it, features famous Istanbul landmarks, including the July 15 Martyrs' Bridge, previously the Bosporus Bridge, the Galata Tower and the Valens Aqueduct.

Since last year, the UEFA has tasked artists from the host city with designing the final logo. For the 2020 decider the organization chose illustrator Tolga Tarhan.

The 2020 identity is based on an abstract depiction of the city at sunset and is inspired "by the rich colors of the Istanbul sky and the vivid lights of this bustling city."

The 2020 Champions League final will be played at the Atatürk Olympic Stadium on May 30, 2020. It will be the second time Istanbul hosts the European club football's most important game. In 2005, the Turkish metropolis hosted one of the most iconic and epic UCL finals in history — a six-goal thriller between Milan and Liverpool won by the English side in a penalty shootout.

Earlier this month Beşiktaş's home stadium Vodafone Park in Istanbul hosted the UEFA Super Cup tie between Liverpool and Chelsea with the Reds again coming out on top on penalties.