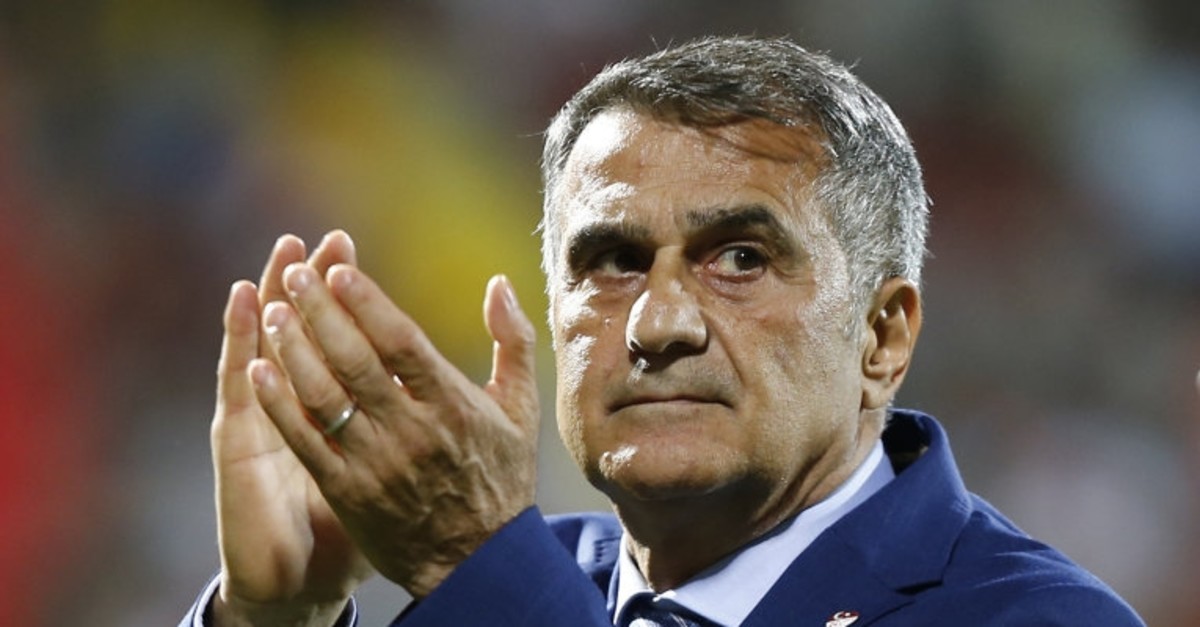 The next stage of the Euro 2020 qualifiers begin today, as Turkey braces for its first match against Andorra over the weekend and against Moldova next week

Matchday Five of the Euro 2020 qualifiers start today as 55 from across the continent get ready to compete for a spot in the prestigious tournament.

Turkey, on Saturday, will host minnows Andorra, before traveling to Moldova on Sept. 10 for its Matchday Six clash in Group H.

The Turkish team has so far garnered nine points with three wins in four matches in its group. Turkey's other rivals in the group are France, Iceland and Albania.

The top two teams in each of the 10 groups will qualify directly for next year's tournament. The remaining four places will be decided in a series of playoff matches involving teams who won their respective Nations League groups last year.

The names of Roma wunderkind Cengiz Ünder, Lille's record-signing Yusuf Yazıcı, Milan's Hakan Çalhanoğlu are up for midfield, along with Abdülkadir Parmak of Trabzonspor, veteran Emre Belözoğlu and Yunus Mallı of Wolfsburg.

On the offense, Güneş will depend on Cenk Tosun of Everton, Enes Ünal of Real Valladolid, Beşiktaş' Güven Yalçın and Fortuna Düsseldorf's Kenan Karaman.

Güneş says their ultimate goal is playing the final against France. Speaking at a recent press conference following a training session, Güneş said they were "experienced" enough to secure a victory.

"We have six matches ahead and every single one is important. It seems like Andorra is a weaker team and Moldova has a strong lineup but we have to be cautious," Güneş said. The coach says their victory against France boosted their morale and they were hoping for a three-way challenge between France, Iceland and Turkey but a defeat to Iceland changed their fate.

"Still, I hope we will play the final against France," he added. Güneş is confident of his players and says he was working hard to create "ideal starting 11." Their only shortcoming is lack of a left-winger, Güneş said.

In other qualifiers, Germany and the Netherlands will clash for the fourth time since the World Cup when they meet in Group C in Hamburg Friday. The pair were drawn together in the Nations League last year with the Dutch winning 3-0 at home and drawing 2-2 away on their way to finishing top of the group, sparking talk of a revival after their failure to qualify for Euro 2016 or the World Cup.

However, Germany won the opening Group C match 3-2 away in March, which has left Ronald Koeman's team in a tricky situation. The Dutch have three points from two games while Germany has a maximum of nine from three. Northern Ireland lead with 12 points from four games after home-and-away wins over Belarus and Estonia.

Historically, there has been very little to choose between the Germans and the Dutch. In 42 meetings, the Germans have won 15 times, the Dutch have won 11, and they have played out 16 draws.

Portugal added another trophy to their Euro 2016 title when they won the inaugural Nations League in June but they are in a spot of bother in Group B after home draws against Serbia and Ukraine in their only matches so far.

"The matches are decisive," said coach Fernando Santos. "I want to qualify directly, in the first place. We have reached a point where we have to win the remaining six games."