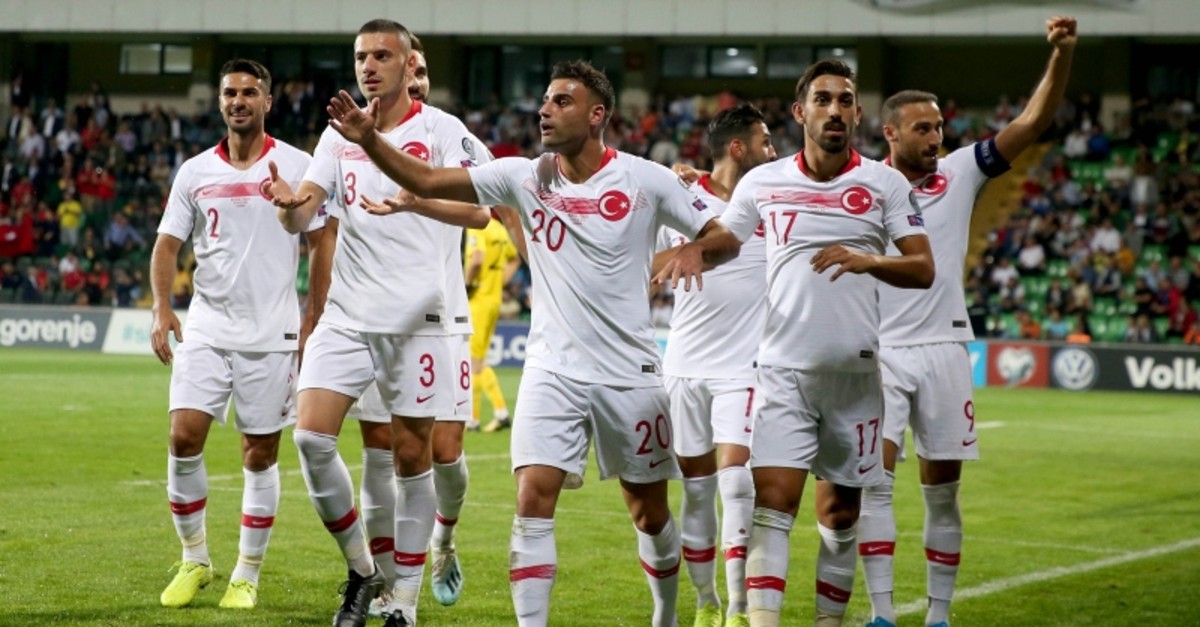 Turkey opened the scoring at Zimbru Stadium in Kishinev, when Everton striker Cenk Tosun managed to get past the keeper with a chip and scored easily in the 37th minute.

Fenerbahce's Deniz Türüç gave Turkey an insurance goal with a beautiful long-distance free-kick in the 57th minute. Tosun added another in the 79th minute with a header after Hakan Çalhanoğlu's volley came back from the crossbar.

Lille player Yusuf Yazıcı had the last goal of the match with a classy finish in the 88th minute to seal the 4-0 victory. This goal was Yusuf's first goal for Turkey in his national team career.

Turkey increased the total of its points to 15 and sits top of the group along with France which also boasts 15 points. With its second loss in Group H, Iceland slipped to third spot with 12 points in six matches.

This was Turkey's fifth victory in group matches in the qualifiers. It will resume its campaign next month by taking on Albania on Matchday Seven. Tuesday's game also marked Turkey's ninth win against Moldova in international matches between the two teams.

Turkey's coach Şenol Güneş said there was "no room for surprises" in the match though they couldn't find opportunities to score much in the first half. "We are doing well but would feel much better if we win against Iceland," Güneş said, referring to their only loss in qualifiers. Güneş acknowledged that Albania was a tough rival and "good in away games."

In other games on Tuesday, England and Portugal both scored five goals while France scored three as they overcame lower-ranked Kosovo, Andorra and Lithuania in Euro 2020 qualifying round.

Captain Ronaldo, making his 160th international appearance, scored four as Portugal won 5-1 in Vilnius and strengthened their position in Group B after a sluggish start.

Serbia beat Luxembourg 3-1, as Aleksandar Mitrovic netted twice, to solidify their hold on third place. They are a point behind Portugal.

In Southampton, Gareth Southgate's England side trailed early on to Kosovo, ranked 120th in the world, when Valon Berisha scored after 34 seconds. England replied with a first-half goal binge that ended with Jadon Sancho scoring twice to make it 5-1 at the break.

In Paris, the world champions made light work of beating 136th-ranked Andorra 3-0. It was Les Bleus' 100th match at the Stade de France. Antoine Griezmann missed a penalty for his country for the second game running but Kinglsey Coman, Clement Lenglet, with his first on the international goal, and Wissam Ben Yedder clinched three points. "It is really annoying. I'll just need to keep working. You can't be on top of your game all the time," Griezmann said. Coman also scored two against Albania on Saturday. "It has been a very good week. It has gone well personally and collectively," Coman told television station TF1.