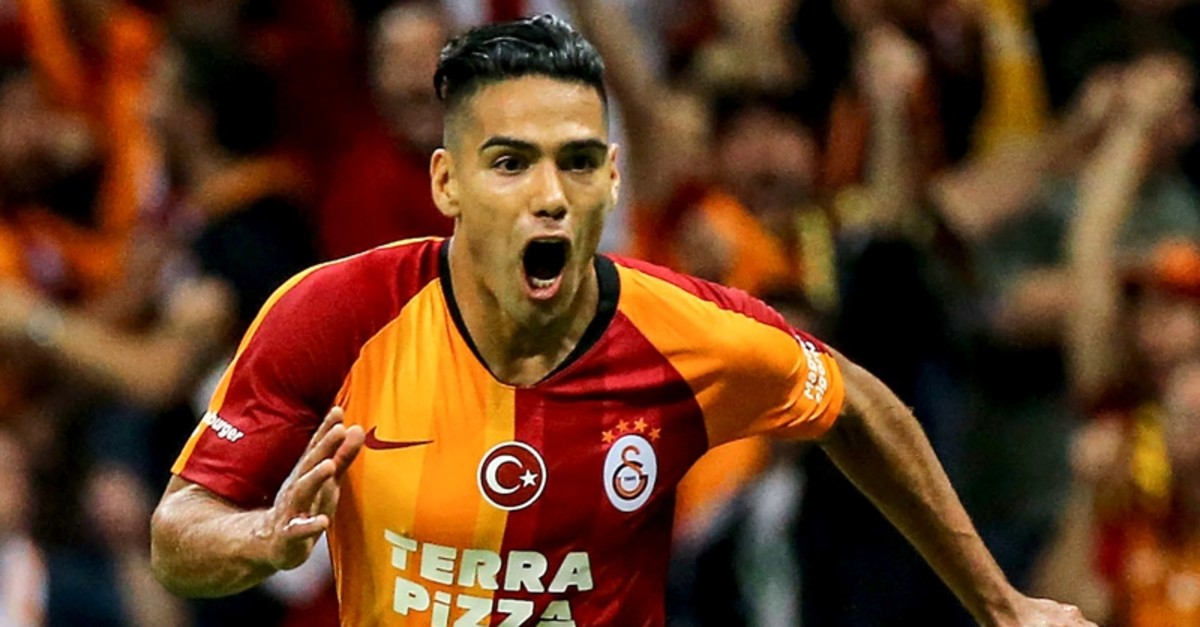 Falcao's goal came in 38th minute of his debut game in the Turkish top-tier football league at Türk Telekom Stadium in Istanbul.

Falcao scored his first goal in this season with Galatasaray.

The top three Istanbul clubs of the previous season, Galatasaray, Beşiktaş and Başakşehir, were off to bad starts in the new season.

In the first three weeks of the 2019/20 season, Galatasaray and Beşiktaş had four points each while Başakşehir had three points.

On Saturday, Gazişehir Gaziantep will take on Beşiktaş while Medipol Başakşehir will host a central Anatolia team, Demir Grup Sivasspor, in Istanbul.

Fenerbahçe have started the new season with better results, compared to their previous season's performance.

They are now in the second spot with seven points. On Monday, the Yellow Canaries will face the leaders Alanyaspor in an away game.

Alanyaspor, a team from southern resort town of Alanya, is the only club with three wins in their first matches this season and they are at top of the league table with nine points.