Despite draw, Galatasaray off to good start in Champions League 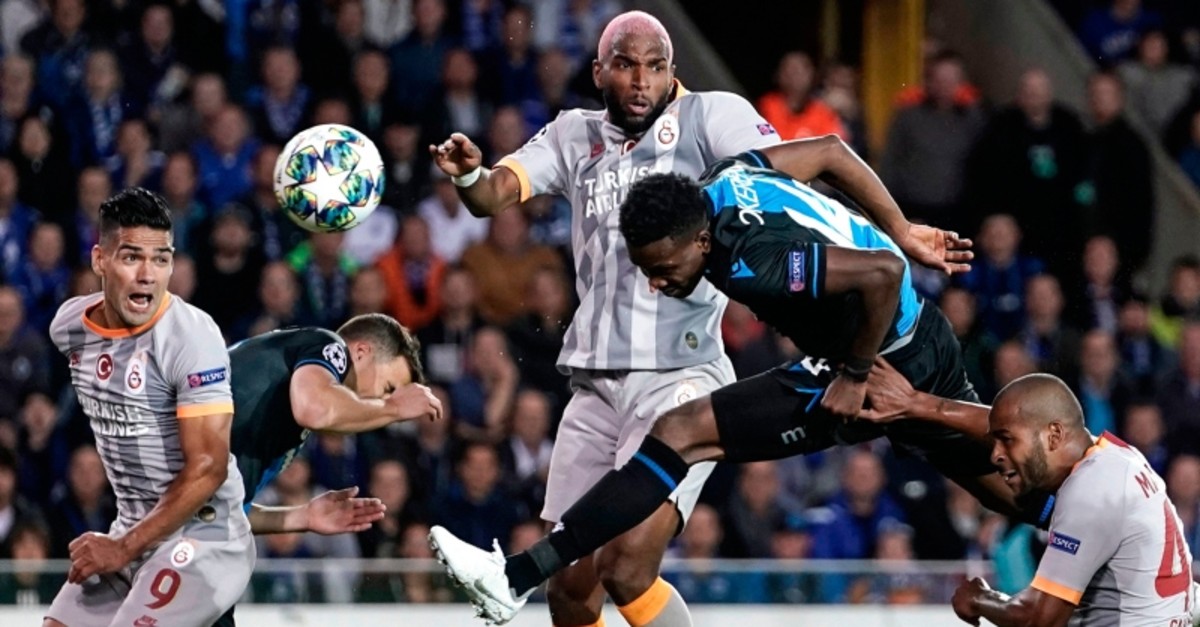 Despite a rather disappointing 0-0 tie in their Champions League opener against Brugge, Galatasaray managed to snatch one point and extend its streak of not losing in away games to five

Club Brugge and Galatasaray drew 0-0 in their Champions League opener on Wednesday, having to settle for a point each in Group A where Real Madrid and Paris Saint-Germain (PSG) are favored to advance.

Both teams had shots hit the top of the crossbar, from Brugge defender Federico Ricca in the first half and Galatasaray midfielder Sofiane Feghouli in the 61st minute.

The Turkish champion came close in the first half when Ryan Babel forced a good save from Brugge goalkeeper Simon Mignolet, who got a Champions League winner's medal last season as a Liverpool substitute.

Brugge, which advanced through two qualifying rounds as the first Belgian league runner-up to reach the group stage, is still unbeaten in 11 games this season.

Galatasaray ended a five-game losing streak in Champions League away games, though has now failed to score in five straight on the road. In the next round on Oct. 1, Brugge travels to Madrid and Galatasaray hosts PSG.

Speaking in a post-match press conference, Galatasaray coach Fatih Terim said they were returning home with the "upper hand."

"Brugge does not look like a quality team but they are still dangerous. I am glad they did not score," he said.

He also lamented Babel's missed chance but said he might "pay it off in Istanbul" rematch.

In other matches Wednesday, Paris Saint-Germain and Manchester City succeeded where storied rivals failed in their opening Champions League games. Even with its star forwards absent, PSG eased to a 3-0 win over 13-time European champion Real Madrid, which missed the influence of suspended defender Sergio Ramos. The French champion relied instead on Angel Di Maria, the former Madrid winger, who scored twice with smart, first-half shots that quickly settled the outcome.

Man City was also ruthless and efficient in winning 3-0 against Shakhtar Donetsk in Ukraine.

Wins for two wealthy clubs with burning ambition to get a first European title came as the traditional Champions League powers struggled this week.

Of the nine clubs to have played in the final since 2011, only Bayern Munich won this week, also by 3-0 on Wednesday against a Red Star Belgrade team which had to come through four qualifying rounds.

Juventus and Tottenham both let two-goal leads slip away from home, before drawing 2-2 against Atlético Madrid and Olympiakos, respectively.

Madrid failed to score on the road, like Barcelona which was lucky to take a 0-0 draw from Borussia Dortmund on Tuesday.

Atletico's 2-2 draw at home showed more resolve and fight, and stopped long-time nemesis Cristiano Ronaldo, who was booed throughout by home fans, from scoring for Juventus. Goals from Juan Cuadrado and Blaise Matuidi had Juve dominating deep into the second half.

Atletico fought back through Stefan Savic in the 70th and Mexico midfielder Hector Herrera leveled in the 90th with a header from Kieran Trippier's cross.

Clubs from eastern Europe are often outmatched in the Champions League, and Dinamo Zagreb had lost its last 11 group-stage games, scoring just once. Still, Zagreb gave a painful lesson to Atalanta, thrashing the Italian debutant 4-0. Mislav Orsic scored a hat trick. Atalanta coach Gian Piero Gasperini called it "a nightmare of a game. They were stronger in every aspect." Lokomotiv Moscow scored a rare away win for a Russian team, winning 2-1 at Bayer Leverkusen.

Red Star Belgrade couldn't complete the hat trick of wins in Munich. Bayern controlled the game but had only Kingsley Coman's first-half header to show before late goals from Robert Lewandowski and substitute Thomas Mueller.