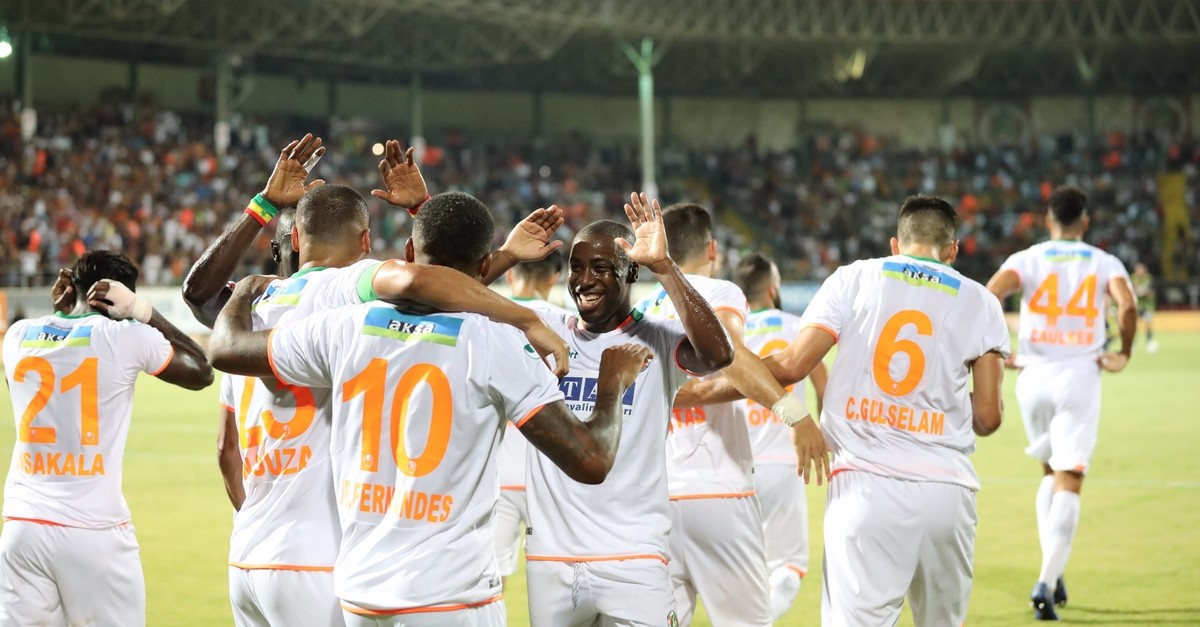 Aytemiz Alanyaspor has been perched atop the Süper Lig table since the start of the season. The fans of the small-town team hail the unprecedented success that comes less than a decade after struggling heavily with no management

It has been only two years since it was promoted to the Süper Lig, but Aytemiz Alanyaspor is on an incredible streak, dominating top-tier teams on their way to four straight wins to kick off the season.

The team, based in a small resort town in Turkey's Mediterranean region, has secured four victories in the first four weeks of the 2019-20 season, grabbing full 12 points. This puts it four points ahead of its closest rival Çaykur Rizespor and five points ahead of holder Galatasaray.

Indeed, the only Süper Lig powerhouse close to Alanyaspor in terms of points is No. 3 Fenerbahçe, with seven points.

The team's rise may be tied to a slow start to the league for top-flight teams like Beşiktaş, Galatasaray, Trabzonspor and Fenerbahçe but Alanyaspor has come a long way from its amateur days. This is, after all, a club which ran the risk of bankruptcy and had no management when no one stepped forward to assume duties in the 2011-12 season. The club was on the brink of almost being handed over to a board of trustees.

Everything changed after Hasan Çavuşoğlu took the lead and made a series of moves in a fundraising drive. The club expanded its board to 60 members to fill the coffers but was struggling with lawsuits filed by players it owed money to.

Still, it came out relatively unharmed from its struggles in the amateur division and reached the second-tier TFF 1. Lig before mobilizing all resources to boost its lineup and finally managed to reach the Süper Lig.

Now, the club has set its sights on international success and though this dream may seem far away, residents of Alanya already pride themselves in their most successful sports enterprise.

"We always had faith in them and always supported them," Alanya Mayor Adem Murat Yücel told Anadolu Agency (AA). "Alanyaspor is our common value and very important for our town. We will continue supporting it so it can become successful in local as well as in the international stage. I hope it wins Süper Lig title."

Mehmet Şahin, head of the Alanya Chamber of Commerce and Industry and a former member of the team's management, says the team made a good foray into the new season and it is "no coincidence," attributing it to careful management of new transfers and the fans' overwhelming support.

"The new management took over from a literal train wreck of a sports club. They brought in money flow by investors, mainly currency exchange shop owners. This is what brought the team to the current place," he said.

"Our rivals thought we would stumble when we were promoted to the TFF 1. Lig but no one expected that we would reach the Süper Lig. They still thought we would be relegated but you see how far a small-town team came. This is what makes us proud," he said.

Ümmet Öztürk, a shopkeeper and a fan since the 1980s, says the town is enthralled with success but "I believe Istanbul teams are not very happy."