Black Eagles on a wing and a prayer after disastrous run 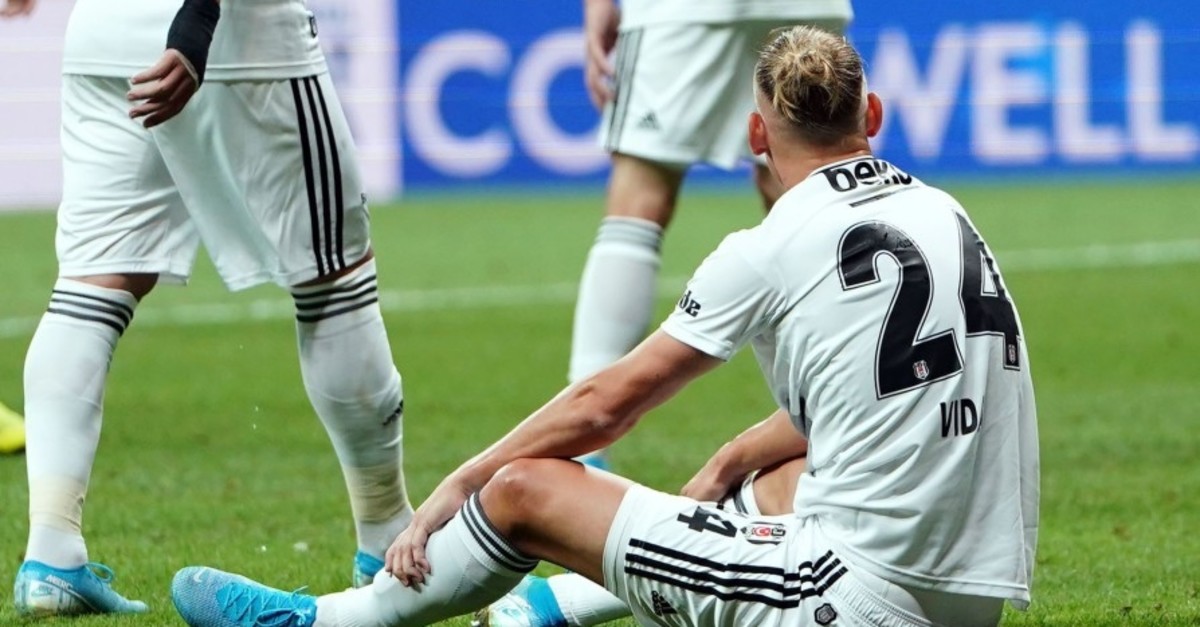 Beşiktaş's winless streak continued in the Süper Lig as it lost 4-1 to Trabzonspor on Game Week 6, dropping to the 16th spot and fueling further criticism of the club administration that signaled resignation earlier

Former league champion Beşiktaş maybe this season's Fenerbahçe if it can't end its disastrous streak after ending Game Week 6 with a 4-1 away loss to Trabzonspor Sunday.

Players were booed as they returned to Istanbul past midnight by disappointed fans who blame the club administration and coach Abdullah Avcı for poor performance.

Like Fenerbahçe, Beşiktaş used to be a powerhouse of Turkish football and along with the occasional top title, it rarely missed a top-five spot in the Süper Lig.

Fenerbahçe's run last season had started in the first half and the Yellow Canaries narrowly escaped relegation by the end of the last season. Beşiktaş, however, can be exhausted earlier as Chairman Fikret Orman expressed intent to step down and the club will elect a new chair on Oct. 20 amid criticism over debts and poor gameplay. Rumors are circulating that Black Eagles will not have a new coach before that date and Avcı ruled out a resignation.

The Black Eagles currently sit 16th in the table with only five points. It dearly misses last season's stars Quaresma, Babel, Negredo, Pepe and Adriano. Apart from Burak Yılmaz, the team has few players to intimidate rivals and critics see Abdullah Avcı brought nothing new to the team.

Avcı, hailed for lifting underdog Medipol Başakşehir almost to the top title, was brought in when Şenol Güneş left for the Turkish national team at the end of the last season. Yet, as the weeks pass, his tactics and choice of seven new transfers are questioned.

Pundits link Avcı's past success to clinging to "system," a set of tactics that barely changed and a team he skillfully built over the years. But it is another story for Beşiktaş where transfer dynamics are different. It now remains to be seen whether Avcı will have enough time to implement his system but goalless preseason friendlies have already fueled worries about Black Eagles' future in the Süper Lig.

An analysis by Demirören News Agency portrays Beşiktaş as a team with high ball possession and failure to turn this advantage into an all-out offensive and ultimately, to score. Worse, the team concedes an average of 2.3 goals per game, the worst start to a Süper Lig in history.

Abdullah Avcı still has confidence in the team and in a post-match press conference Sunday he dismissed the calls for resignation. "This won't be a solution," he told reporters. "We are trying to create a developed team competing in Süper Lig and Europe and will keep working. Beşiktaş always managed to emerge from such challenges standing up. It is certainly unacceptable to concede 10 goals in three away games and it is the first time in my career that I faced such a situation. We will work on developing our gameplay and my players have confidence," he says. "We are still in the competition and I hope we will rise again and show that we are still a [powerhouse]."