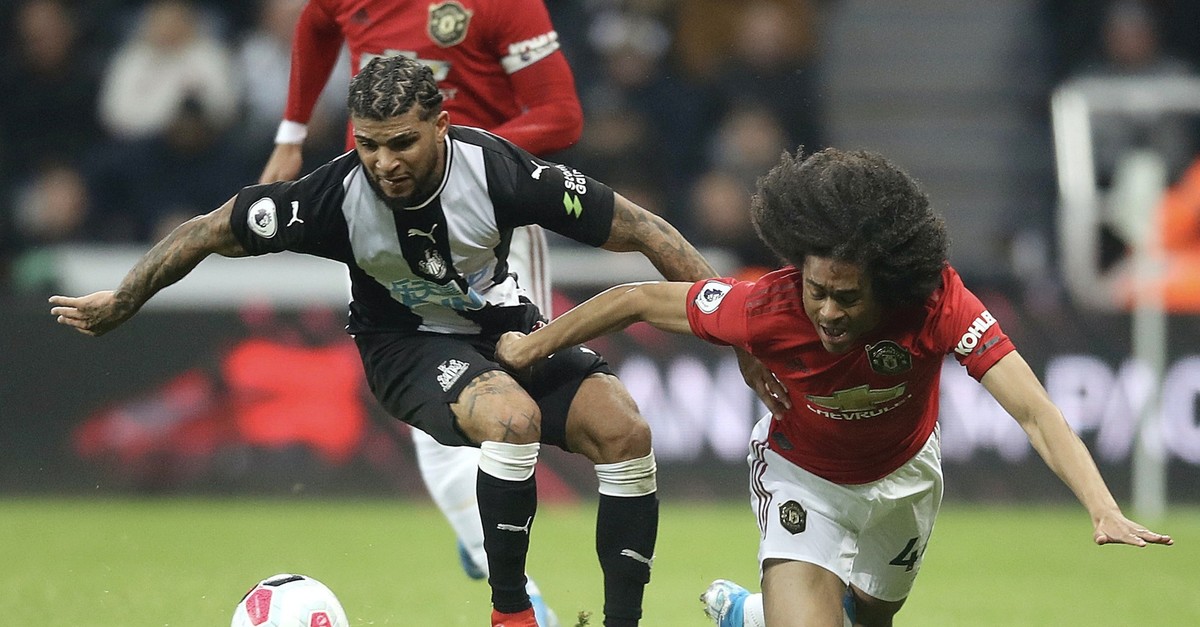 After their worst start to a Premier League season for 30 years, Manchester United are in trouble. England's most successful club, domestically, with 20 top-flight titles putting them two ahead of the next best, Liverpool, United last won the title in 2013. Having failed to finish in the top four in three of the past four years, the club put its faith in former hero Ole Gunnar Solsjkaer midway through last season. But United's 1-0 loss at Newcastle on Sunday left them 12th in the Premier League, just two points above the relegation zone, with talk of crisis swirling around Old Trafford.

"The quality's not right and the depth of the squad's not good enough," former United defender Gary Neville, now a TV pundit, said on Sky Sports Sunday.

This season, a number of injuries to key players have not helped, while the form of their two biggest rivals, champions Manchester City and leaders Liverpool, merely rubs salt into their wounds.

Goalkeeper David De Gea said Sunday that confidence was lower than at any time since he joined the club in 2011. "The whole season isn't acceptable for us," he told Sky Sports. "We have a lot to improve. We need to step up. We have injuries but it's not an excuse. We are Manchester United. We need to train hard to keep fighting and to get back to winning games. "It's probably the most difficult time since I've been here. I don't know what is happening. We cannot score even one goal in two games. Sorry to the fans. We will keep fighting, for sure. We will come back, but at the moment we're in a difficult situation."

Neville said the board was to blame for failing to back managers in the long-term and then for a series of poor investments in the transfer market. "Recruitment's been bad now, woeful, for many years, and they've been all over the place, in terms of different styles of manager bringing in different players," he said. "They now need to fix a style, fix a way of recruiting, and go and get the players. "They got three in the summer of the right type, Harry Maguire, Aaron Wan-Bissaka and Daniel James have done okay so far but they need another five or six players; they need another center back, a right back, two central midfield players and a wide player and a top center forward. They're going to cost a lot of money."

United spent 145 million pounds ($178.5 million) on Maguire, Wan-Bissaka and James in the summer and since their last Premier League title, in 2013, the total spending is 850 million pounds. Neville believes things could get worse before they get better. "Manchester United are now getting the pain they deserve for poor decisions at board level," he said. "If Manchester United recruit well in the next three or four transfer windows, they've got the bones of something. If they don't, they'll end up suffering."

Solskjaer, who scored the winning goal when United won the Champions League in 1999, was given the manager's job permanently when United were on a good run last season. But nine points from eight matches is the kind of return that will see United in a relegation dog-fight if they continue in the same fashion. Solskjaer said Sunday that the club had to look to the long-term. "It's a journey we've started on and the culture is getting there," he said. "Luckily for us it's now the international break. We get time to evaluate what's gone on over these eight games. We've given ourselves a big, big uphill challenge to get among the top four but it's tight and we need to get a run together."

United return to action at home to their old rivals Liverpool in a high-profile encounter on October 20. Victory would bring breathing space but with Juergen Klopp's table-topping Reds still perfect this season, it will take a massive change of form.