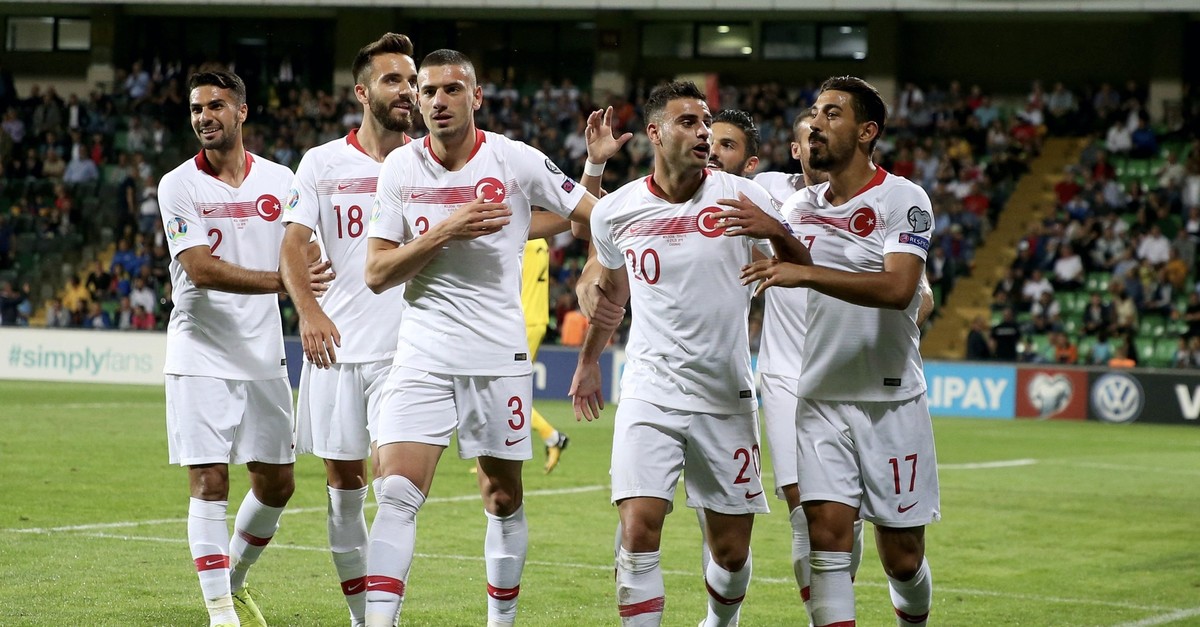 The Turkish national football team has a critical week ahead in the Euro 2020 qualifiers as it prepares to face France and Albania. Turkey is currently on a good run in Group H, with only one defeat in six matches. It will host Albania on Oct. 11 before traveling to France on Oct. 14.

Coach Şenol Güneş has largely kept his lineup unchanged but the team will miss young talent Dorukhan Toköz of Beşiktaş, who suffered from an injury in a Süper Lig game last week and will be out for a few months.

Turkey beat Albania 2-0 in their first match in the qualifiers back in March. It currently shares the top spot in Group H with France with five wins out of six games. The Turkish side is also on a five-game undefeated streak at home this year. Its last victory in the competition came in 4-0 win against Moldova last month.

Albania, on the other hand, last defeated Iceland 4-2 - the same Iceland that was the only team to beat Turkey in its Euro 2020 campaign. Albania has a record of three wins and two defeats so far and is placed fourth in Group H with nine points.

Speaking at a press conference Monday, Turkey coach Güneş said both Albania and France matches were important as there are only four matches left in the group. "We are focused on Albania more than the group favorite, France. I believe we would need wins against Albania and Iceland in our group, if we lose to France. We are on the road [to Euro 2020] but I don't know how the pace will be and how comfortable the journey will be," he told reporters. He said the match would also be vital for Albania as they have only away games left, other than a match against France. "They have good players playing everywhere in Europe, especially in the Italian league. They have a coach experienced in Italian football. They can switch between tactics and are good at building rapid attacks, rather than sticking to a steady defense," said Güneş about Albania.