Cenk Şahin to train with Başakşehir after St. Pauli drop over Syria operation 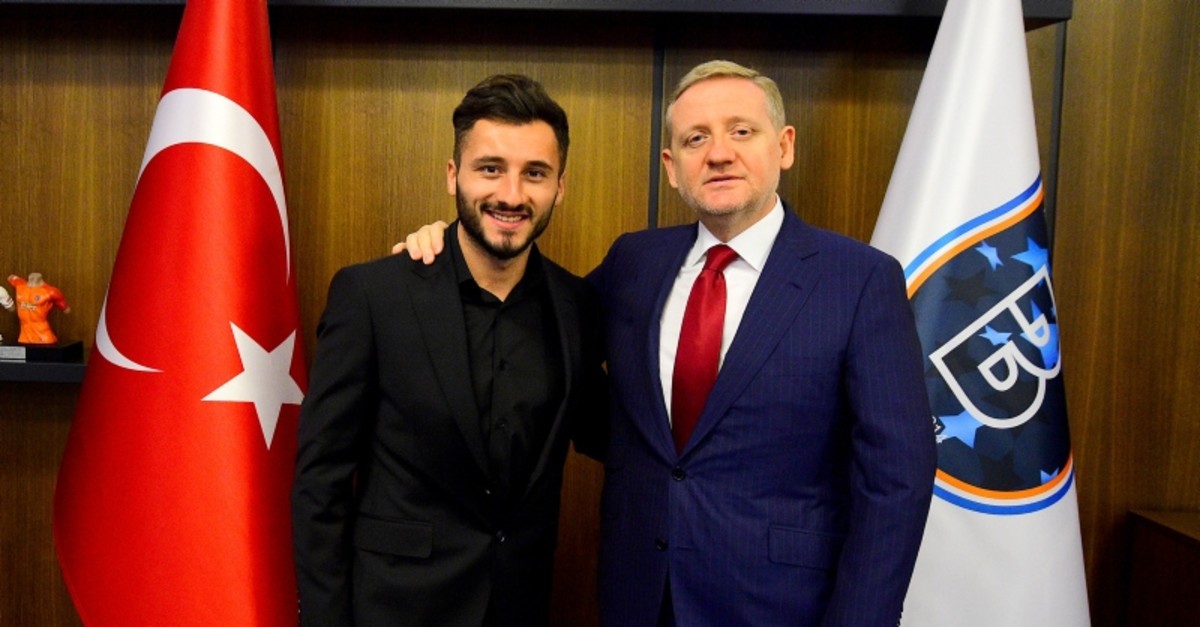 Turkish midfielder Enver Cenk Şahin will be training with his former team, Istanbul-side Medipol Başakşehir, after being dropped from the squad of German club St. Pauli over his support for Turkey's Operation Peace Spring in Syria.

The German second division club announced Monday that Şahin had been released for posting support online for Turkey's counterterrorism operation.

Medipol Başakşehir President Göksel Gümüşdağ said that the team's doors would always be open to Şahin, who played for the club for seven years.

"This is his home. If he completes the necessary procedures, he can begin training with our team at any time. We want to keep him in shape, continue his workouts. As Başakşehir Football Club we are always beside you," Gümüşdağ said.

The 25-year-old player had shared a photo of the Turkish flag on his private Instagram account last week, captioned with the words: "We are on the side of our heroic military and the army. Our prayers are with you!" and the Turkish hashtag of Operation Peace Spring.

St. Pauli accused the midfielder of "repeated disregard for the club's values" in the statement announcing its decision, stressing that it rejected "acts of war" and statements that expressed solidarity with them.

Gümüşdağ said that Şahin's post of support for Turkey's operation was nothing to be upset over, saying that if St. Pauli was upset by it, they have their own problems. He expressed sadness over the incident with St. Pauli, saying that Şahin had called him yesterday and asked if he could train with the team to stay in shape.

St. Pauli said Monday that Şahin's existing contract remains valid. Şahin, St Pauli's second most expensive purchase at 1.3 million euros ($1.4 million), is free to train and play elsewhere. However, a transfer would be possible only from Jan. 1.

Gümüşdağ said that if Şahin wants to return to Başakşehir in January, he will be welcomed back.

St. Pauli's decision received swift backlash from Şahin's supporters, who called the St Pauli administration "hypocrites" for taking such a stance, especially since they previously showed full support to a Kurdish-German player who was convicted of spreading propaganda on behalf of the PKK terrorist organization.

The support was overwhelming for Şahin, and several Turkish teams offered for the young player to play or train with them. Şahin launched his professional career in Medipol Başakşehir in 2010, when the team was still known as İstanbul Büyükşehir Belediyespor. He joined St. Pauli in the 2016-2017 season from Başakşehir. Quoted by Başakşehir's website, Şahin said he was happy to have the support of his former team. "I am very happy especially after Mr. President [Gümüşdağ] telephoned me and offered the club's support. I am honored. We already had a relationship like a father and a son with the president, who has always been supportive of young players," he said. "The Turkish nation is always united in difficult times. I am thrilled to see messages of support from everyone, and I thank everyone," he said.