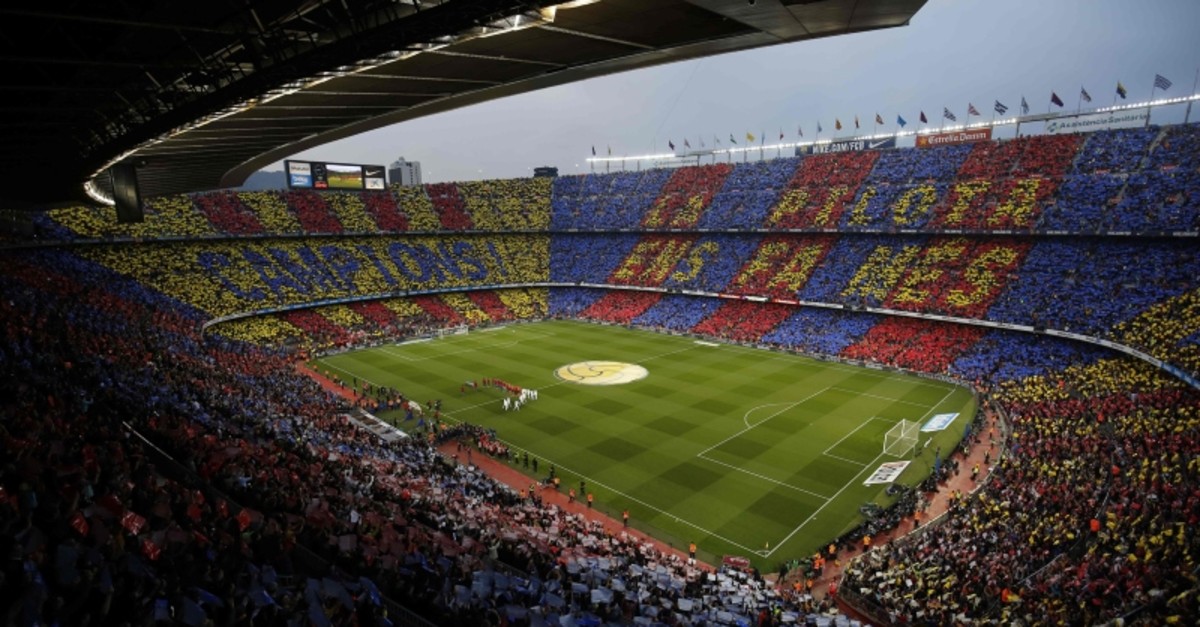 This May 06, 2018, file photo shows the Spanish league football match between Barcelona and Real Madrid at the Camp Nou stadium in Barcelona. (AFP Photo)
by Compiled from Wire Services Oct 16, 2019 3:16 pm

Spain's La Liga said Wednesday it had asked the country's football federation to move the next match between Real Madrid and Barcelona to Madrid following violent protests by separatists in Catalonia.

"We have requested the competitions committee of the Spanish Football Federation to meet and change the location of El Clasico to Madrid because of exceptional circumstances beyond our control," the league said

On Monday, nine Catalan separatist leaders were jailed for between nine and 13 years for their role in an illegal referendum and subsequent failed independence bid, sparking protests and clashes across the region.

The match is due to take place Saturday at Barca's Camp Nou stadium. However, the Spanish football league is seeking to reverse the fixture due to ongoing trouble throughout the autonomous region.

The second meeting of the season is due to take place in Madrid in March next year.