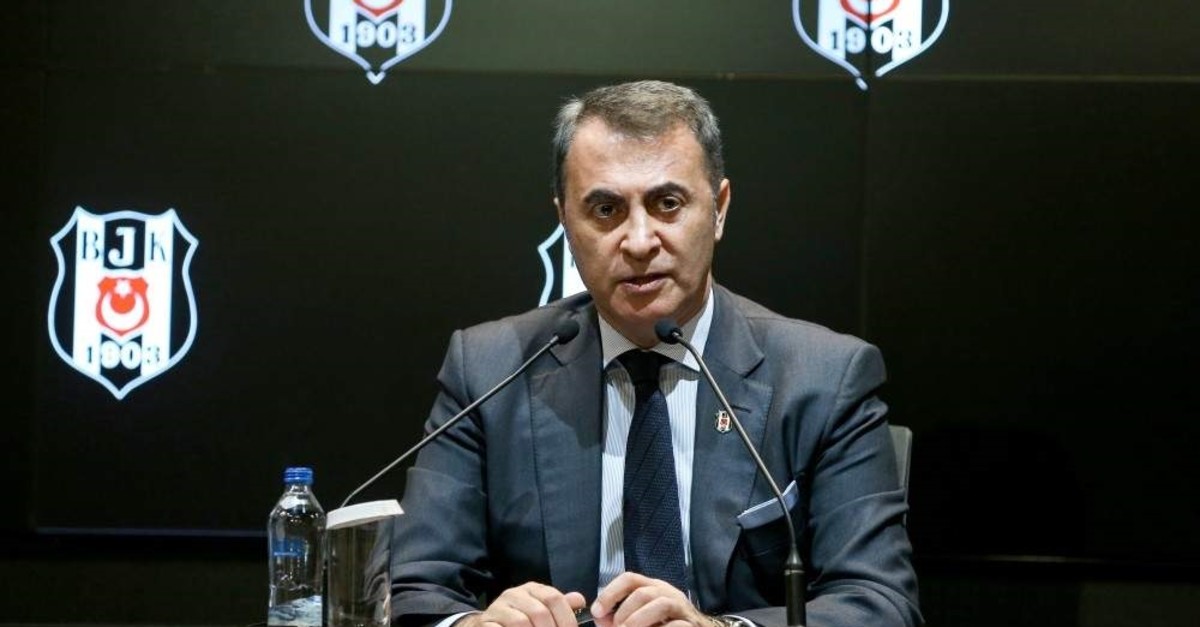 Fikret Orman announced his resignation earlier this month after seven and a half years as club chairman. (AA Photo)
by Arda Alan Işık Oct 18, 2019 4:06 pm

Beşiktaş is heading to an extraordinary general assembly on Sunday after club Chairman Fikret Orman’s sudden resignation. All of the candidates, Serdal Adalı, Ahmet Nur Çebi and Hüseyin Tekinoktay, are well-known by fans because of their close contacts with the club in recent years.

Adalı and Çebi even served under different administrations in the last decade, the former in Yıldırım Demirören era and the latter in Fikret Orman’s era. Except for Tekinoktay, the other two candidates were part of the administrative crisis that brought TL 3 billion of debt to Beşiktaş. But Tekinoktay’s road map and strategies, for the time being, on paper, do not differentiate them much from the other two candidates. That is why fans are not enthusiastic about this election, although there was a strong opposition to the now gone Fikret Orman.

There are three main promises made by all candidates: more transparency, more financial control and more investment in the youth. These are all good, solid promises for the future of the club, if it had not been in a huge crisis. Right now, it is easy to speak of these principals and forget them among TL 3 billion of debt.

Actually the emphasis on these principles make the current road maps less feasible in the eyes of the fans as they do not offer real solutions. All the fans are hearing is vague promises that everyone can make, and have made in the past, but did not stick to them.

We would like to hear from a candidate how Beşiktaş can deal with its ever-growing debt, without using the association system to transfer money directly to the club. As you know, individuals cannot pay the debts of the clubs directly due to financial fair play regulations. Nevertheless, although not acknowledging it explicitly, all candidates agree that they need to use the dual system of Turkish clubs, a corporation and an association, to transfer money from individuals to the club. This is not only in a gray and risky area for financial fair play standards, but also has nothing to do with stopping the growth of Beşiktaş’s debt.

This method relies on the “good will” of the people, who are willing to “sacrifice” their money for the club and never ask for it again. But as we all know, when the amount is this big, no one takes out their wallet without asking for a concrete repayment plan. This means, this method basically leads to more debt and it is not even a short-term solution, let alone a possible long-term one.

The only way to address the financial crisis of the club is to first acknowledge the fact that the ancient financial system of Turkish football has collapsed and requires a new start.

This means that Beşiktaş should radically change their short-term goals and should turn into voluntary austerity for the following decade. This means no new transfers, huge contracts or player agent payments in the near future.

The entire economy of the club must be narrowed down to a point that it should not be possible for shrewd businessman to operate. If this sounds radical to you, just imagine the involuntary austerity programs which will eventually be forced on Beşiktaş and other Turkish clubs in the near future.

Either Beşiktaş does it right now with its own plan and means, or it will be forced to implement others’ plans with far more bitter means.