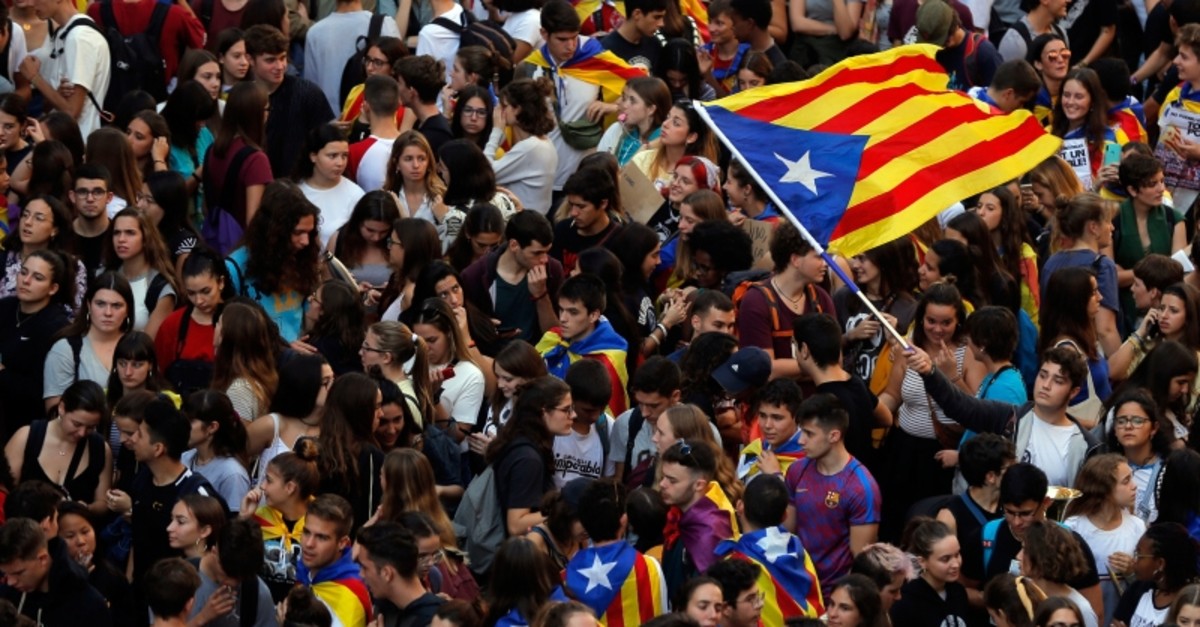 Students wave a Catalan pro-independence ,estelada, flag as they protest during a demonstration in front of the police headquarters in Barcelona, Oct. 17, 2019. (AFP Photo)
by Compiled from Wire Services Oct 18, 2019 12:59 pm

A La Liga match between Barcelona and Real Madrid has been postponed, the Spanish football federation (RFEF) said in a statement Friday.

The league's organizing body made an official request to the RFEF earlier this week calling for the game to be rearranged over security concerns following demonstrations in Catalonia over the jailing of nine Catalan separatist leaders.

The match, known as El Clasico, had been scheduled to be played Saturday.

"Barcelona and Real Madrid should agree the new date for the match before October 21. In the case of them failing to do that it will be RFEF's Competition's Committee that sets the new date," the RFEF said.

The federation has proposed Wednesday, Dec. 18, as a new date for the game at the Camp Nou.

Reports in Spain suggest both clubs would accept that date but the Spanish League is unhappy because there is a Wednesday program of Copa del Rey games — albeit not involving Barcelona and Real Madrid — on that date.