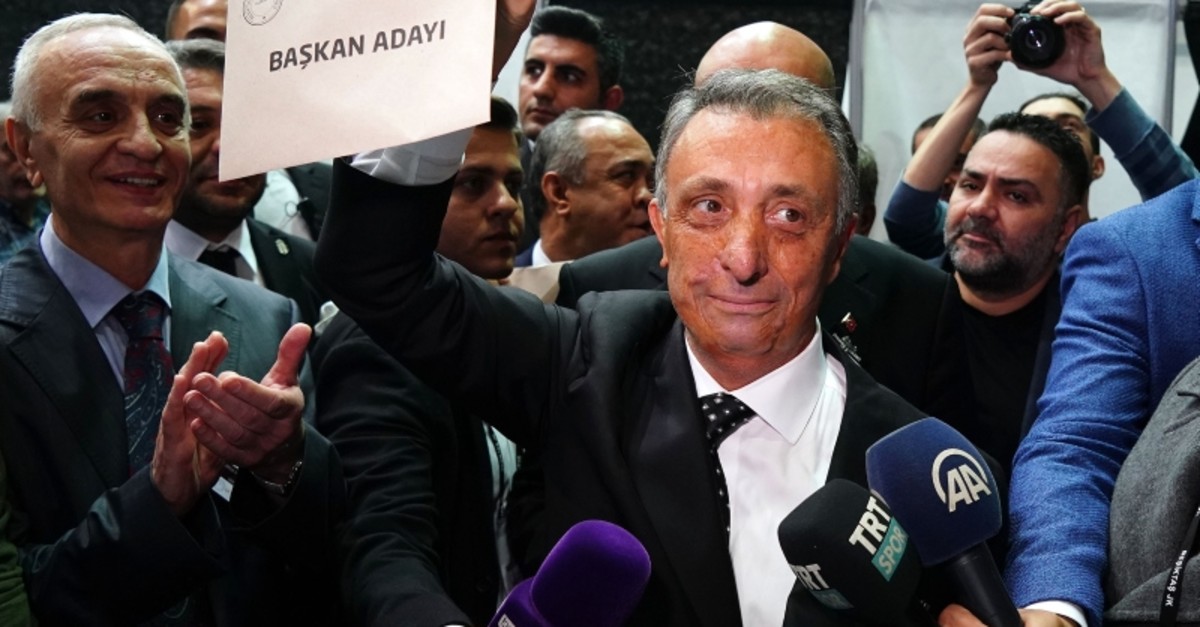 Beşiktaş elected its new president Ahmet Nur Çebi following the extraordinary general meeting held at a conference hall, and is now looking forward to a new era in the club's rich history.

During Orman's seven and a half years at the helm, Beşiktaş won several titles, including two Süper Lig wins, one men’s basketball title and eight men’s handball titles. He also played a crucial role in the construction of the club’s current stadium, Vodafone Park. Beşiktaş also bought 77 football players during Orman’s presidency.
His most notable success came during the "Feda" era when Beşiktaş was struggling with financial debt.

He helped stabilize the club’s financial situation mostly due to his success in football, with the help of Manager Şenol Güneş, the current Turkish national team coach.

In addition, the club lifted three basketball trophies and also had successful runs against European opponents during the years.

But following the financial struggles the club had to endure, Orman couldn’t replicate the same level of success in volleyball and basketball close to the end of his time in the office.

On the football side, the team won two Süper Lig titles and added a third star on their jersey.

The club finished first of its group surpassing Porto, Leipzig and Monaco, by racking four victories and two draws in six games.

They earned the privilege of being the first Turkish club that finished its group undefeated and in the first place.

Orman also saw six managers work for the club in the duration of his presidency.

Portuguese Carlos Carvahal was already leading the team when Orman was elected, Tayfur Havutçu came after him to finish the season.

Orman designated Samet Aybaba before the start of the 2012-2013 season and worked with Croatian Slaven Bilic between 2013 and 2015.
The Şenol Güneş era started in 2015 and at the end of the last 2018-2019 season. Abdullah Avcı replaced him and became the sixth manager to work with Orman.

He also helped tremendously with the construction of the club’s current stadium, the Vodafone Park, that the club has been using since 2016.

With all the expenses that the club had to make in the last eight years, Beşiktaş’s debt increased by approximately TL 2 billion.

The club's debt was around TL 580 million when Orman was elected, but it is currently at around TL 2.6 billion.

On the flip side, the club amassed around TL 3 billion in profit from sportive performance, broadcasting revenues, sponsorships and transfers.