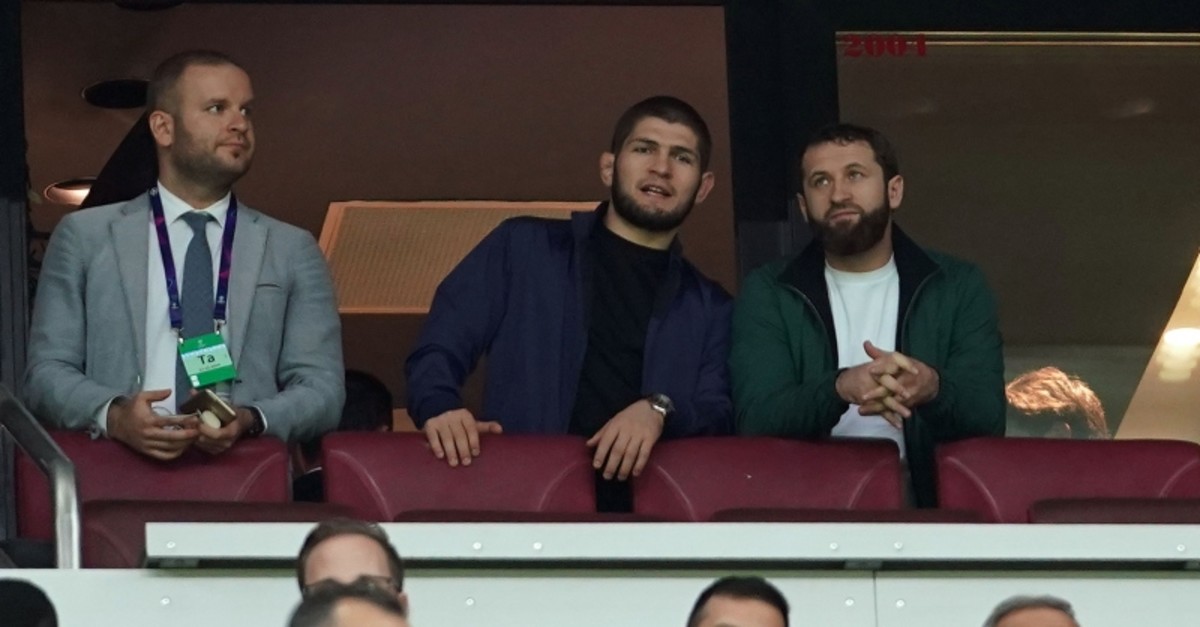 | IHA Photo
by Daily Sabah Oct 23, 2019 12:25 am
UFC lightweight champion Khabib Nurmagomedov was spotted at the Galatasaray-Real Madrid UEFA Champions League game in Istanbul on Tuesday.
Nurmagomedov was seen in the stands at Türk Telekom Stadium located in the Seyrantepe quarter of the Sarıyer district, on the European side of Istanbul.
The match saw Süper Lig's reigning champion Galatasaray host Real Madrid for a UEFA Champions League match-up that fans had been waiting for.
The Group A match of Europe's most prestigious football tournament was a battleground for two teams in pursuit of their first win in this season's tournament. Real Madrid beat Galatasaray 1-0.
Nurmagomedov is currently considering his options ahead of his next fight with American mixed martial artist Tony Ferguson.
The Russian fighter also visited Turkey last year where he received an audience with Turkish President Recep Tayyip Erdoğan after his victory against Conor McGregor.
Last Update: Dec 20, 2019 1:11 am
RELATED TOPICS