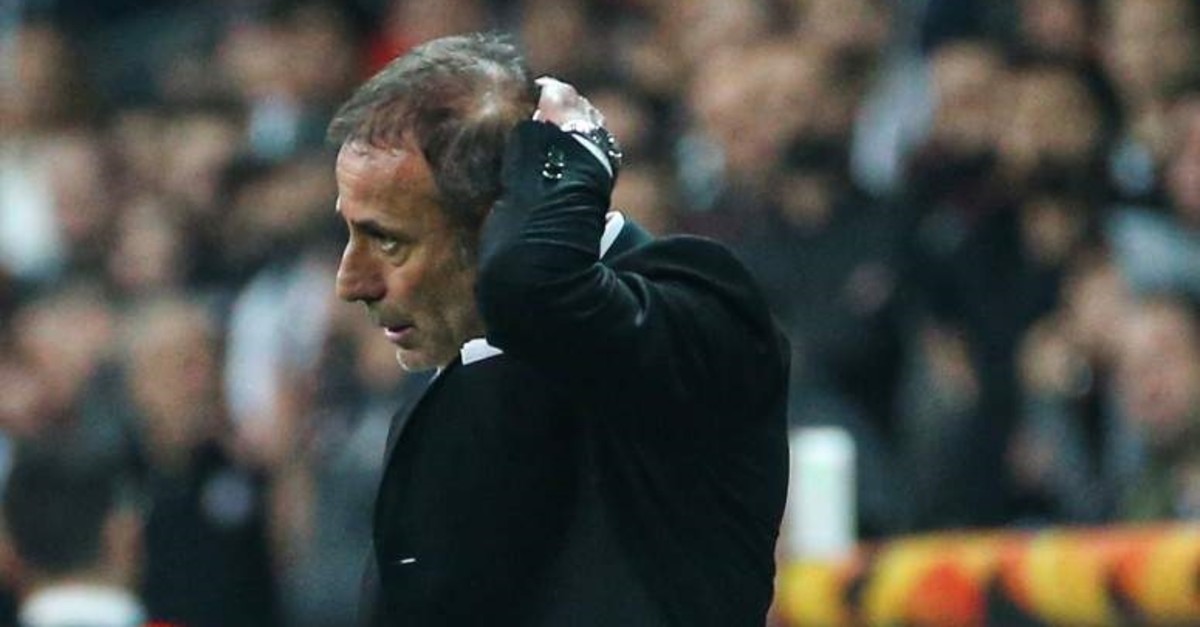 Having made one of the worst starts to the season in its history, Beşiktaş’s form has gone from bad to worse. Besides its strategic and tactical collapse on the pitch, the club’s morale has also plummeted in the recent weeks. This Saturday the team lost its third game in a row in the Europa League, against the Portuguese side Braga in Istanbul.
Fans were hoping that the new administration could change the dark atmosphere in the club, but the performance of the team proves otherwise. Apparently, the team has lost its faith in manager Abdullah Avcı. The derby on Sunday will be Avcı's last stand; if he wins, he survives as the manager for one more day but if he loses, it is game over.

Unfortunately for him, the club is in a great crisis and the players are aware of this fact. Their horrible performance against Braga could not be explained only by strategic or tactical means, the morale was extremely low.
Normally, with a new administration, the players should have been more motivated and aggressive on the pitch. But in contrast, Beşiktaş players did not even put up a decent fight against Braga, letting its opponent find a vast amount of time and space in its own half. This shows that the highly necessary emotional bond between the players and their manager is broken.

Even in weaker Anatolian clubs, administrative changes bring more energy to the club, as it usually means more cash on the way. There are now serious rumors that the new Beşiktaş Chairman Ahmet Nur Çebi has raised 15 million euros ($16.67 million) to pay the short-term debt to the players and staff. Even this should have inspired the players to put on a fight as they would be finally getting their well-deserved money. But it was clear that Beşiktaş players are still not happy about something in the club and with the old administration gone the only suspect left is Avcı.

If that is the fact, which seems very likely, Beşiktaş will most probably lose the derby against Galatasaray and will be forced to sack Avcı. The only thing that can prevent this from happening is a direct interference from the administration. Nonetheless, if the new administration takes the same road with the players, Avcı will be left all alone to face Galatasaray.
Turkish football history has many examples of new administrations bringing in new managers in the name of novelty. In fact, Beşiktaş of all clubs has experienced something similar in its recent history. Back in 2004, it lost a championship because of a similar administrative change.
We will now have to wait and see how the players perform against Galatasaray, and that will tell us what road the new chairman, Ahmet Nur Çebi and his crews have decided to take.