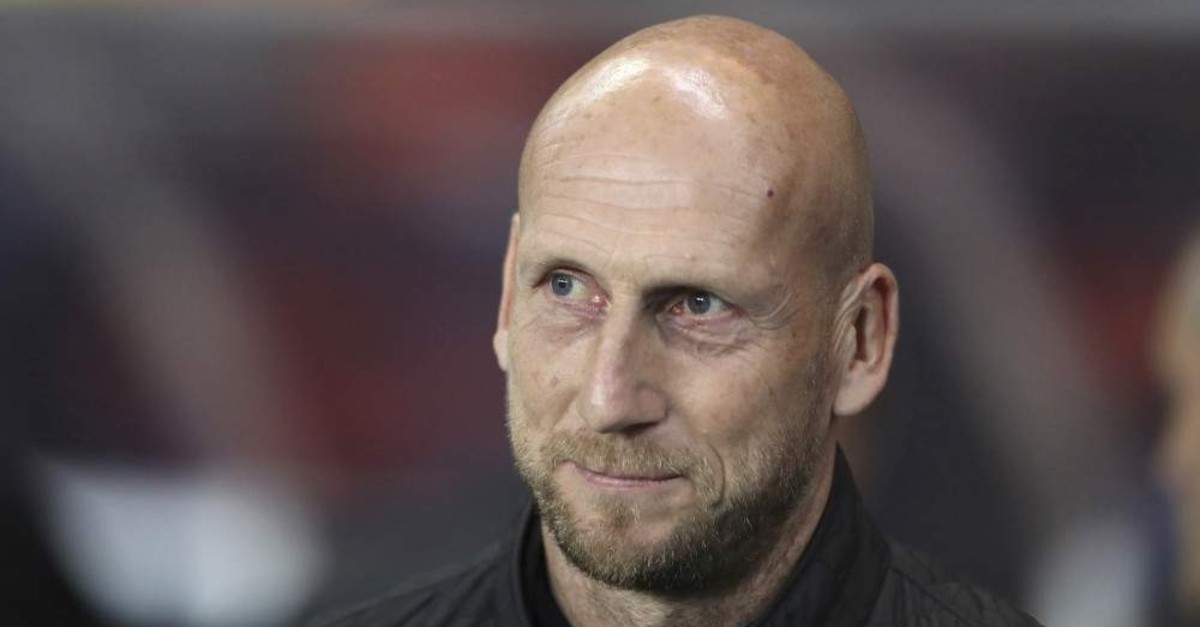 Jaap Stam before the Europa League group G soccer match against Rangers, Glasgow, Sept. 19, 2019. (AP Photo)
by Daily Sabah with Reuters Oct 30, 2019 12:32 am
Jaap Stam has stepped down from his role as Feyenoord manager after less than five months in charge, the Dutch top-flight club has said.
Under former Manchester United defender Stam, who took over from Giovanni van Bronckhorst in June, Feyenoord won just three of their 11 league games this season, leaving the Rotterdam club in 12th place.
The 47-year-old manager's last match in charge was a 4-0 defeat at Ajax Amsterdam on Sunday.
"It certainly has not been an easy decision," Stam said in a statement on the club's website. "I have thought about it long and hard. My ultimate conclusion is that it is better for the club, the players and myself if I step aside."
Stam was previously manager of English club Reading, who he led to the second-tier Championship playoffs in his first season in charge.
He joined Feyenoord, who are also bottom of their Europa League group, from Dutch side PEC Zwolle.
Last Update: Dec 20, 2019 1:18 am
RELATED TOPICS