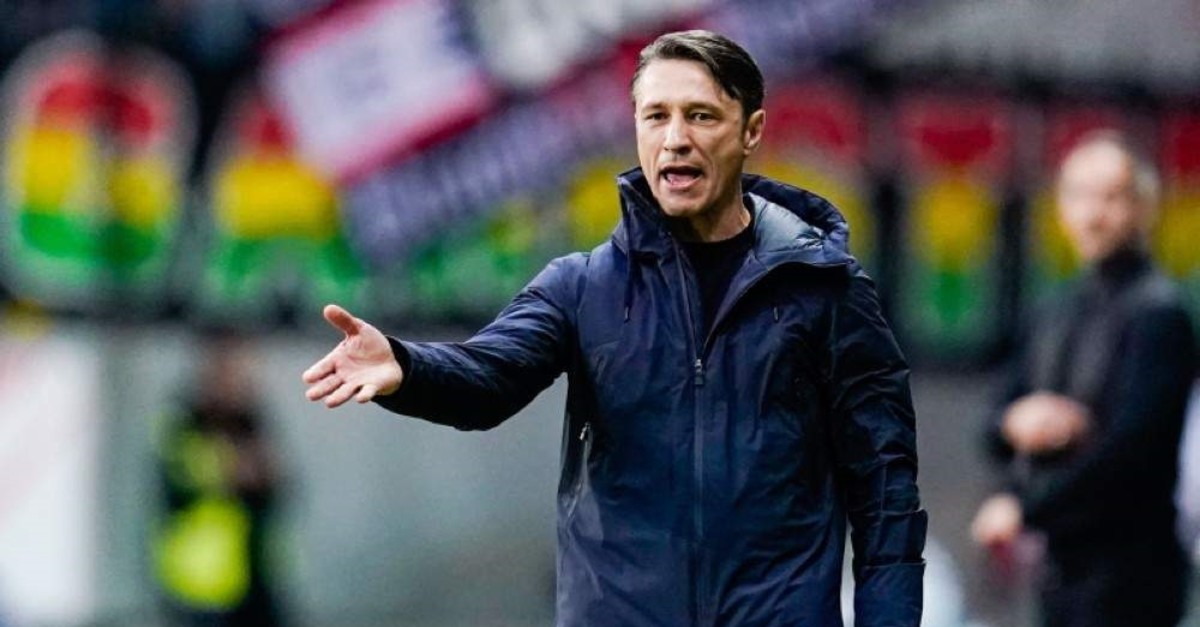 Bayern Munich's Croatian head coach Niko Kovac reacts during Bundesliga football match between Eintracht Frankfurt and FC Bayern Munich on Nov. 2, 2019 in Frankfurt am Main, Germany. (AFP Photo)
by Nov 03, 2019 11:11 pm
Bayern Munich has dismissed coach Niko Kovac, the German Bundesliga champion confirmed Sunday.
The decision comes a day after Bayern were defeated 5-1 by Eintracht Frankfurt in the Bundesliga.
Kovac was in his second season at Bayern, having led the club in his first season to the league and cup double.
Club chairman Karl-Heinz Rummenigge said the management had "an open and serious conversation" Sunday with Kovac "with the consensual result that Niko is no longer coach of FC Bayern."
Assistant coach Hans Flick has been put in temporary charge and will lead the team for Wednesday's Champions League match against Olympiakos and Saturday's encounter with Borussia Dortmund in the Bundesliga.
Last Update: Dec 20, 2019 1:25 am
RELATED TOPICS