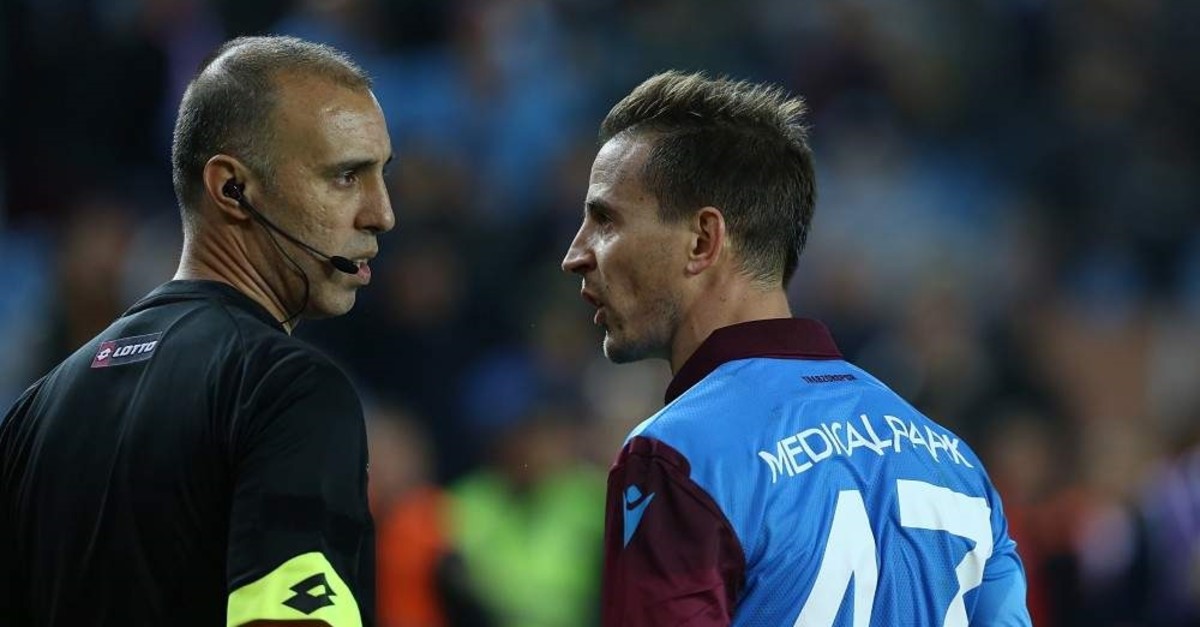 Süper Lig powerhouse Trabzonspor claimed that the side has lost as many as 12 points in 10 weeks this season due to controversial referee decisions.
The Black Sea Storms complained of "obvious" referee errors even in matches they won. Overall, 11 misjudged decisions by referees were determined in Trabzonspor’s matches so far.

Sitting fifth in the league, Trabzonspor was devastated by an unexpected loss to a mediocre Göztepe in its latest match. The club’s deputy chairman has called for a protest in front of the Turkish Football Federation (TFF) office this weekend. The federation oversees the appointment of referees for Süper Lig matches.

The club released a compilation of video footage on its social media accounts showing alleged referee mistakes, such as “a clear penalty shot” that should have been awarded to the team in the Game Week 2 match against BtcTurk Malatyaspor. The team defeated Malatyaspor 2-1 but complains that referee Koray Gençerler ignored a foul against striker Caleb Ekuban.
Trabzonspor’s Game Week 3 match against Fenerbahçe ended in a 1-1 draw, but the team blames the two-point loss on referee Fırat Aydınus. He is being accused of ignoring Fener’s Zanka unfairly pushing Trabzon’s Anthony Nwakaeme as the latter was about to take a shot on goal.
In the latest match against Göztepe, Fırat Aydınus was again at the center of a debate over his refusal to book Soner Aydoğdu for a yellow over the former’s foul on Trabzon’s Sosa and Yusuf. Aydoğdu was booked for a yellow card later in the match, but the club argues that he should have been handed two yellow cards and expelled from the game. Aydınus is also accused of not issuing a red card in 55th minute when Göztepe’s Jerome stepped on Jose Sosa's foot, a foul deserving a red card.

The club’s secretary-general, Ömer Sağıroğlu, says referees have been “involved in an operation against Trabzonspor since the season started.” Sağıroğlu said referees and “their associates” should be dismissed from Turkish football.