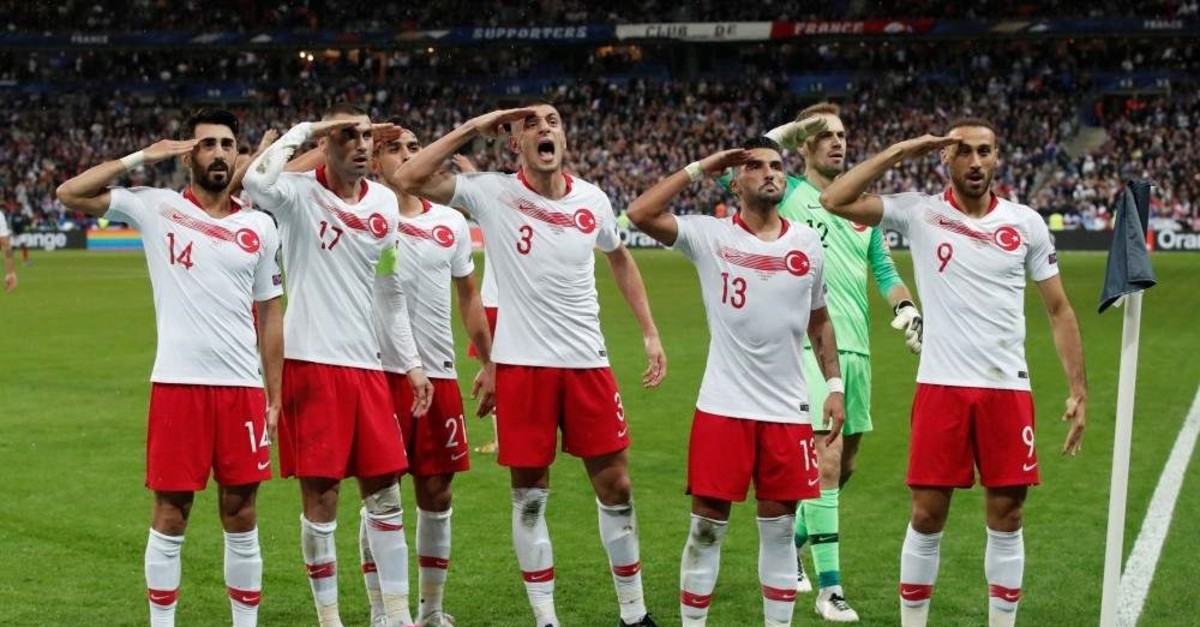 Turkey on Thursday condemned European football's governing body UEFA for its discriminatory treatment of the Turkish national team and clubs over military salutes.

President Recep Tayyip Erdoğan said in the capital Ankara that UEFA should be aware of this wrongdoing. "When it comes to Turkey and Turkish athletes, the attitude [of UEFA] changes," Erdoğan said. He added that the European football body should not let sports be politicized due to its wrong decisions.
He said UEFA's comments that Turkish footballers expressing their solidarity with the Turkish military were "provocative political behavior" points to "obvious unlawfulness."

Turkish athletes, especially footballers, have been celebrating with a military salute in their show of support for the Turkish troops on the frontline.
Operation Peace Spring, launched on Oct. 9, aims to eliminate the PKK-affiliated People's Protection Units (YPG) from northern Syria and east of the Euphrates in order to secure Turkey’s borders, aid in the safe return of Syrian refugees and ensure Syria’s territorial integrity.

Erdoğan also referred to French football star Antoine Griezmann's celebratory salute at French President Emmanuel Macron in Moscow after Les Bleus' (The Blues) success in the 2018 FIFA World Cup. The Barcelona forward faced no UEFA probe.
In October, UEFA launched an inquiry after the EURO 2020 qualifiers in Istanbul and France where Turkish players gave military-style salutes in celebration of goals. This probe was requested by France.