Angry Ronaldo under the spotlight 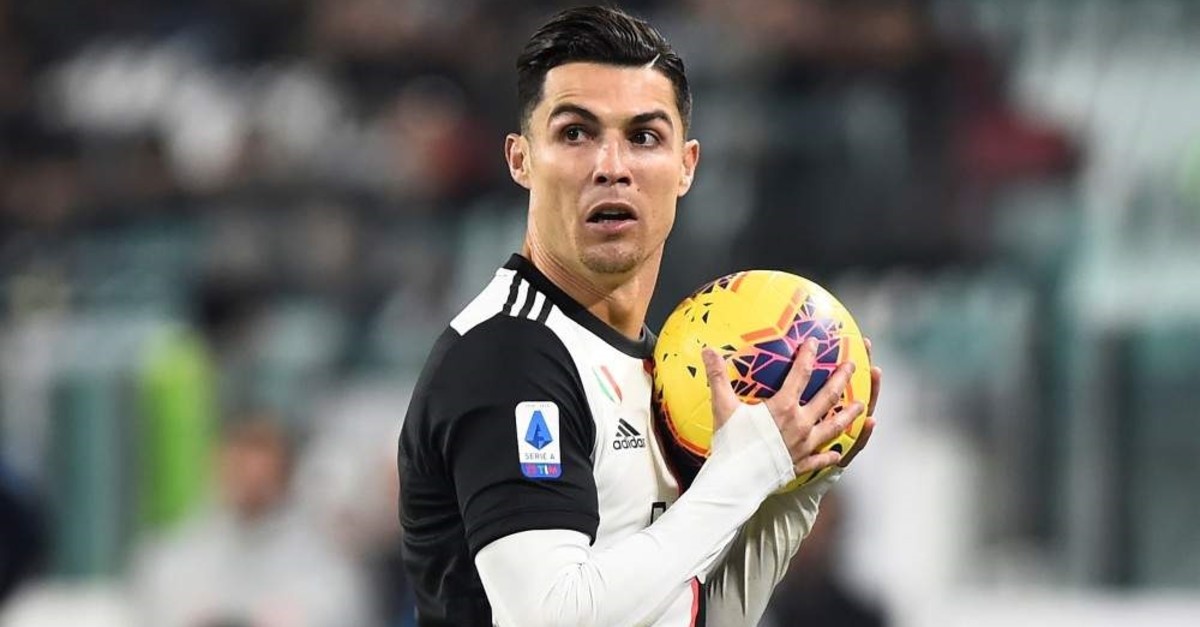 Cristiano Ronaldo holds the ball during the match against AC Milan, Turin, Nov. 10, 2019. (REUTERS Photo)
by Nov 11, 2019 5:25 pm
Cristiano Ronaldo's fitness and attitude were under the spotlight on Monday after he reacted angrily to being substituted during Juventus' win over AC Milan, and coach Maurizio Sarri said the 34-year-old had been nursing a knee injury for some time. Ronaldo now faces two matches with Portugal where he will want to help the European champions guarantee their place at Euro 2020 and close in on the 100-goal milestone for his country, although it is unclear if he will be able to play. Portugal's most-capped player and all-time record scorer, he currently has 95 goals and, given his prolific scoring record, it is very possible he could reach the 100 mark against Lithuania and Luxemburg. Ronaldo was substituted in the 55th minute of Sunday's Serie A match, the earliest he has ever been replaced during his 18 months at Juventus. He gave coach Maurizio Sarri a dirty look and walked straight down the tunnel. Sarri said the player was hampered by a knee problem, which he was trying to handle without missing matches. "He took a knock on the knee in training one month ago, and it's affecting him," he said. "When he trains with high intensity and plays matches, he feels some pain. He can't train too hard and has difficulty when he kicks the ball."
Sarri added Ronaldo was also suffering collateral problems with his thigh and calf, raising the question as to whether the player is taking an unnecessary risk and should not just have a rest.
Ronaldo's career has been remarkably injury-free, and his longest layoff was in 2008 when a fractured knee cap sidelined him for 94 days, during which he missed 11 games.
An ankle injury cost him nine games in 2009, and he suffered another knee injury during the Euro 2016 final for Portugal against France, which put him out of action for 60 days.
He was also troubled by tendinosis around his left knee in the run-up to the 2014 World Cup although he played in all three of Portugal's games but later admitted that he had taken a risk by playing through it. According to the specialist website Transfermarkt, he has only missed 53 games in his entire career due to injury.
Sarri described Ronaldo's angry reaction to being substituted as normal for a top player, but he will probably be more than happy to let Portugal coach Fernando Santos deal with the problem for the next week.