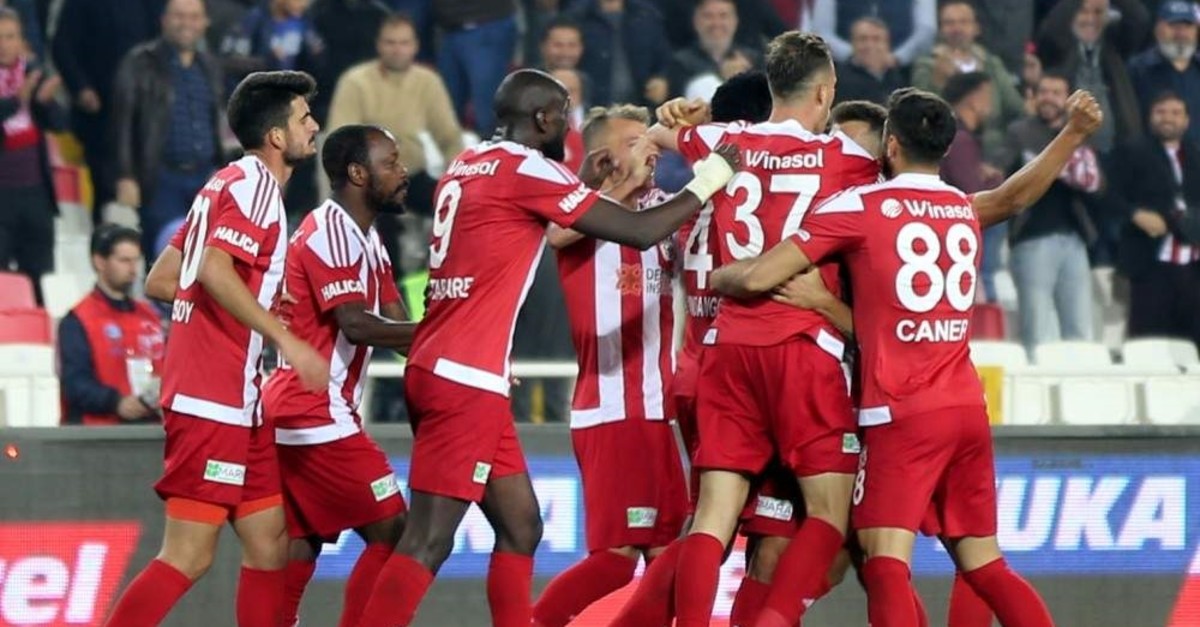 As Week 11 of Süper Lig ends, Demir Grup Sivasspor grabbed the top spot only one point ahead of Fenerbahçe, while four others sharing 19 points are in close pursuit of the 'Yiğidos'

Anatolia is rising, but there are still six weeks before the midseason break in the Süper Lig. Demir Grup Sivasspor, one of 13 teams not based in Istanbul, where football’s powerhouses have dominated the league for decades, reached the first spot in Week 11. A win against İttifak Holding Konyaspor brought 21 points for the Yiğidos; however, Fenerbahçe, the giant of past seasons, also emerged in the race to the top and sits in second place with 20 points.

Its closest rival is Trabzonspor, which has left its mark on the Süper Lig for years as the strongest competitor to the traditional powerhouses Galatasaray, Beşiktaş and Fenerbahçe. Trabzonspor leads fellow clubs sharing 19 points, including Aytemiz Alanyaspor, an underdog that briefly dominated the top spot in the past weeks before handing over the title to Sivasspor. Medipol Başakşehir, which lost last season’s title to Galatasaray, follows. Galatasaray, meanwhile, languishes in the sixth spot but will likely make a comeback in the following weeks as has been the case in the past few seasons. The club is still the favorite to defend its title.

Speaking after a 2-0 win at home against Konyaspor on Saturday, Sivasspor coach Rıza Çalımbay said they enjoy where they are now but “what matters is to follow it up.” “Certainly, we had our fair share of mistakes in the match against Konya but players never lost track of the game. They kept the team spirit. We were very familiar with Konyaspor’s tactics, and we knew what to do. My players executed our plan perfectly. Our defense, in particular, was flawless,” he said in a post-match press conference. Çalımbay remains concerned about keeping the team stable. “We should not be too confident; we should work harder. There are critical matches ahead and we have to analyze them separately,” Çalımbay said. He counts on training sessions during a break this week in the Süper Lig as the Turkish national team resumes its Euro 2020 campaign with two matches against Iceland and Andorra.
Beşiktaş, still struggling to return to its glory days after a change of coach last season, clings to the eighth spot with 18 points, behind BTCTurk Yeni Malatyaspor. A lackluster stint in Europa League overshadowed their ambition in the local league, but the Black Eagles need only three points for the top spot now. Under new coach Abdullah Avcı, they collected the most points in the Süper Lig as of Week 11, although they only managed to snatch one win during a grueling first six weeks. The powerful comeback was courtesy of a change of tactics, from a futile offense to reinforcement of defense. The Eagles conceded 12 goals in the first six weeks but conceded only one in the next five weeks.

İstikbal Mobilya Kayserispor sits at the bottom with only seven points, two points behind MKE Ankaragücü. The relegation zone is home to other teams from the capital Ankara as well. Gençlerbirliği remains in the 16th spot with nine points.

The matches on Sunday were home victories for Trabzonspor, Beşiktaş and Medipol Başakşehir, which defeated their rivals Aytemiz Alanyaspor 1-0, Yukatel Denizlispor 1-0 and MKE Ankaragücü 2-1, respectively.

As Week 11 wrapped up, the race for the title of top scorer also has heated up. Adis Jahovic of Malatyaspor and Alanyaspor’s Cisse share the top spot with nine goals, but Fenerbahçe’s Vedat Muriqi and Medipol Başakşehir’s Enzo Crivelli have almost caught up with them, with seven goals each.