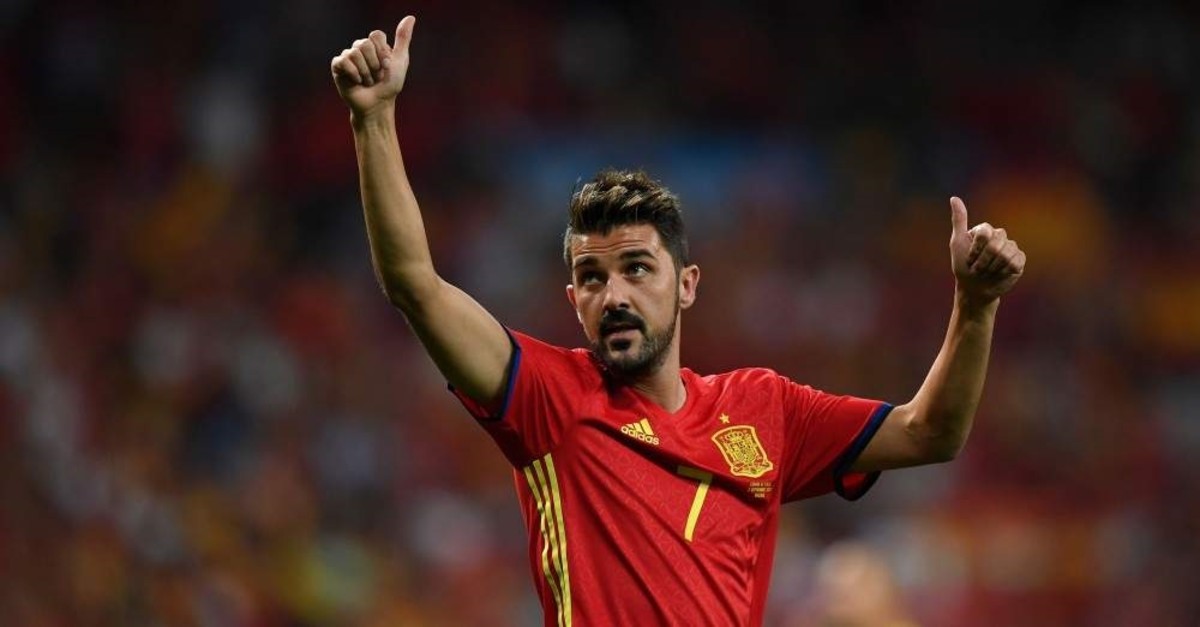 Villa waves as he celebrates the victory at the end of the World Cup 2018 qualifier match against Italy at the Santiago Bernabeu stadium in Madrid, Spain, Sept. 2, 2017. (AFP Photo)
by Nov 13, 2019 11:22 am
Star striker David Villa, Spain's top goal scorer, announced on Wednesday he was quitting professional football at the end of the season.
The 37-year-old is currently playing for Vissel Kobe in Japan after a glittering career at international and club level that has included stints at Barcelona, Atletico Madrid and Valencia.
"I'm holding (this press conference) to announce that I have decided to end my professional career and that I have decided to retire," Villa told reporters in Kobe, his voice occasionally breaking with emotion.
"I've been thinking about this for a long time. This is the result of discussions I had with my family and people around me... I wanted to retire from football, not be forced to retire from football," added the striker.
Villa played in three World Cups and was a member of the Spanish side that lifted the trophy in 2010, and won the European Championships in 2008. He netted 59 times for Spain, a national record.
His silverware also includes a Champions League title with Barcelona, as well as two La Liga wins and a World Club Cup medal.
At Vissel Kobe, he played alongside fellow Spanish legend Andres Iniesta and German striker Lukas Podolski but the presence of the foreign stars has done little to bring success to the ambitious Japanese club.
Vissel Kobe are currently languishing 10th in the J-League after 31 games -- the same position they finished last year.
Villa scored 12 goals in 26 appearances for Vissel.
Last Update: Dec 20, 2019 1:39 am
RELATED TOPICS