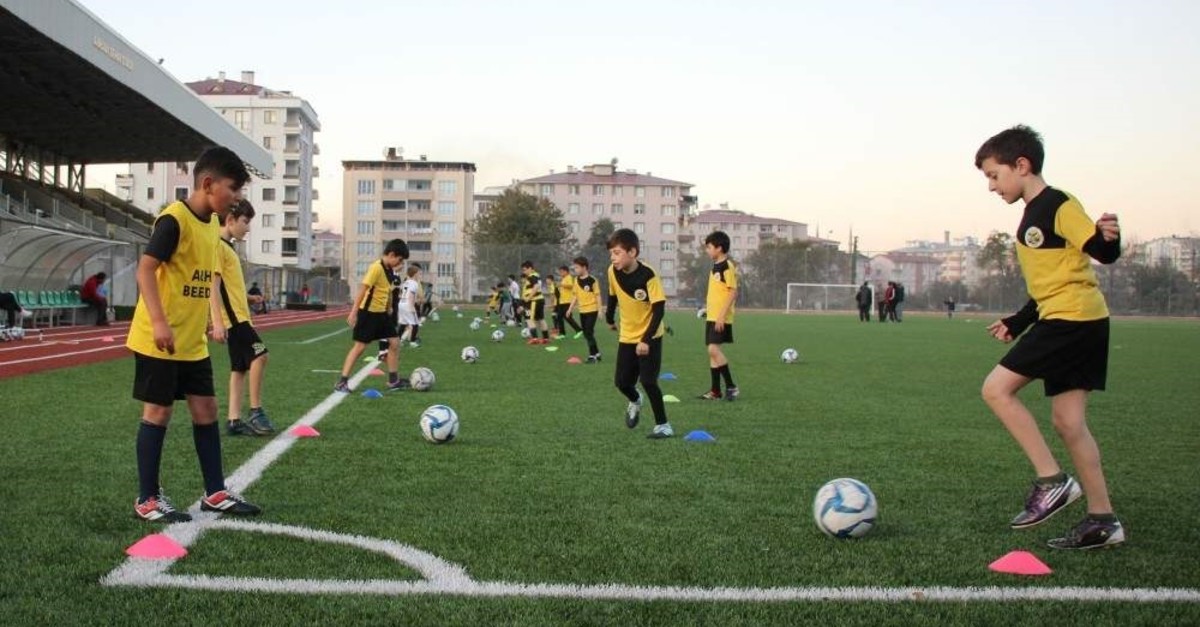 Middle school student Mehmet Taha Tamtabak's dream of having football training in Arhavi district where he lives came true after a letter he wrote to the sports and youth minister. (AA Photo)
by Daily Sabah with AA Nov 19, 2019 5:20 pm

Turkey's Youth and Sports Ministry took action to establish a football training center in response to a letter from a middle school student. The center now provides training for 34 students in the eastern Black Sea district

A middle school student’s dream of receiving football training in his hometown has come true after he sent a letter to the youth and sports minister.

Mehmet Taha Tamtabak wrote a letter to Minister Mehmet Muharrem Kasapoğlu complaining about the lack of football training opportunities in his home district of Arhavi, in the Artvin province of Turkey's eastern Black Sea region. In response to Tambatak’s letter, a football training center operating under the Provincial Youth and Sports Directorate has since been established and is now providing training for some 34 students.

Tamtabak, a sixth-grade student at Arhavi Atatürk Middle School, told reporters that he wrote the letter after learning at school that each citizen possessed the right to petition the government.

The sixth-grader thanked Kasapoğlu for responding to his request, as well as the Provincial Youth and Sports Directorate for their efforts.

His mother, Nezahat Tamtabak, said she was delighted by the letter. “We were overjoyed that (the minister) took my son’s request into consideration," she said.

Erol Tosun, district head of the Arhavi Youth and Sports Directorate, said that his office had been providing training in many sports, but football was not one of them until Mehmet Taha informed them of the situation, leading them to make a request to resolve this problem.

Meanwhile, the Youth and Sports Ministry is investing TL 85 million into the northwestern province of Bursa for the foundation of several sports facilities and various activities. The necessary protocols have been signed between the ministry and governorate officials in the city, according to Anadolu Agency.

Emphasizing's Bursa's significance as an influential sports city, Kasapoğlu said that the city successfully represents Turkey in several sports all over the world.

“I was very pleased with the interest and excitement of our citizens. I believe that this facility, bearing the name of this sporting legend, will train many athletes who will proudly represent our country,” Kasapoğlu said.

Kasapoğlu further stated that the new facilities would be considered investments in Bursa, with many wings being established.

“We will make these facilities available to our people at any time of the week, not at limited times,” Kasapoğlu said, adding that he believes that “Bursa will be a leading cities in all of our projects.”

Bursa Metropolitan Mayor Alinur Aktaş thanked Kasapoğlu for the ministry's efforts, saying that they would do everything necessary for the success of the projects.