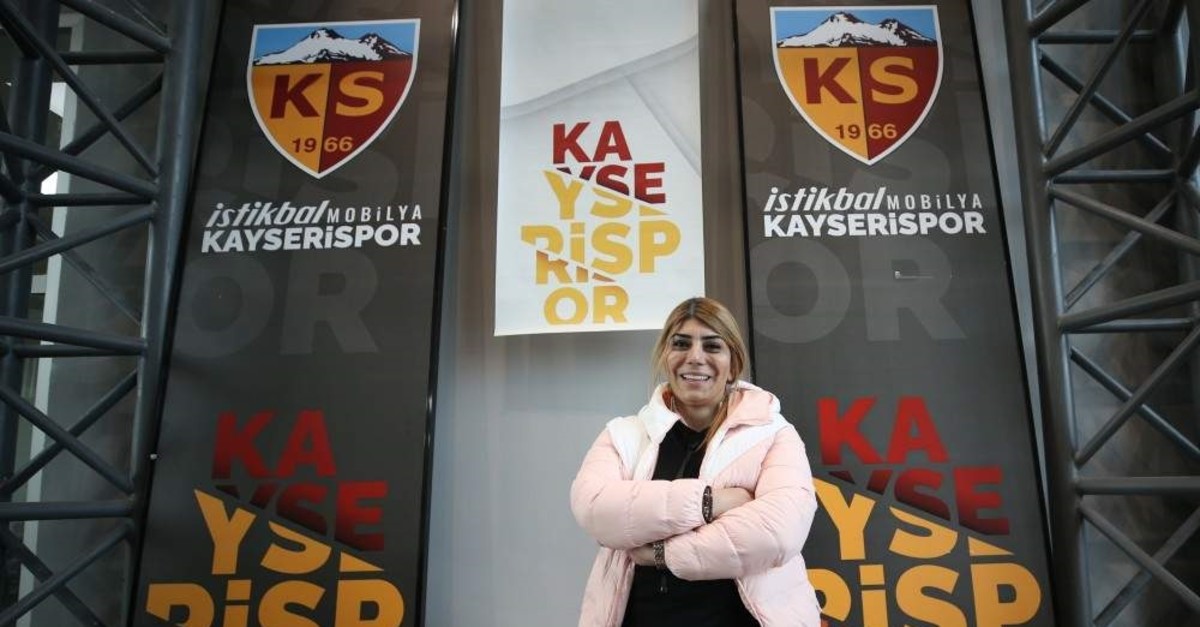 by Daily Sabah Nov 22, 2019 8:19 pm
Berna Gözbaşı became the first female chairperson of a football club in the Turkish Süper Lig after being elected to lead Kayserispor.
Gözbaşı had been serving as the chairman’s advisor and a board member before her promotion.
She was unanimously elected after Kayserispor Chairman Hamdi Elcuman’s resignation.
She will act as the club’s chair until the extraordinary general meeting on Saturday, Nov. 30 and will continue to lead the club if she is elected.
In a statement wishing her success in the election, the club said Gözbaşı has announced her candidacy “with all the dynamics and support of the city.”
Gözbaşı, a successful businesswoman, holds a business degree from 9 Eylül University. She established her own company BRN in 2001, providing international trade counseling for various firms. Her company started producing beds in 2006, and soon exported them to over 60 countries in five continents, making her a winner of many awards for entrepreneurship. She is also the first female member of the Kayseri Chamber of Industry. Besides her successful business career, she is the mother of two daughters.
Last Update: Dec 20, 2019 1:52 am
RELATED TOPICS