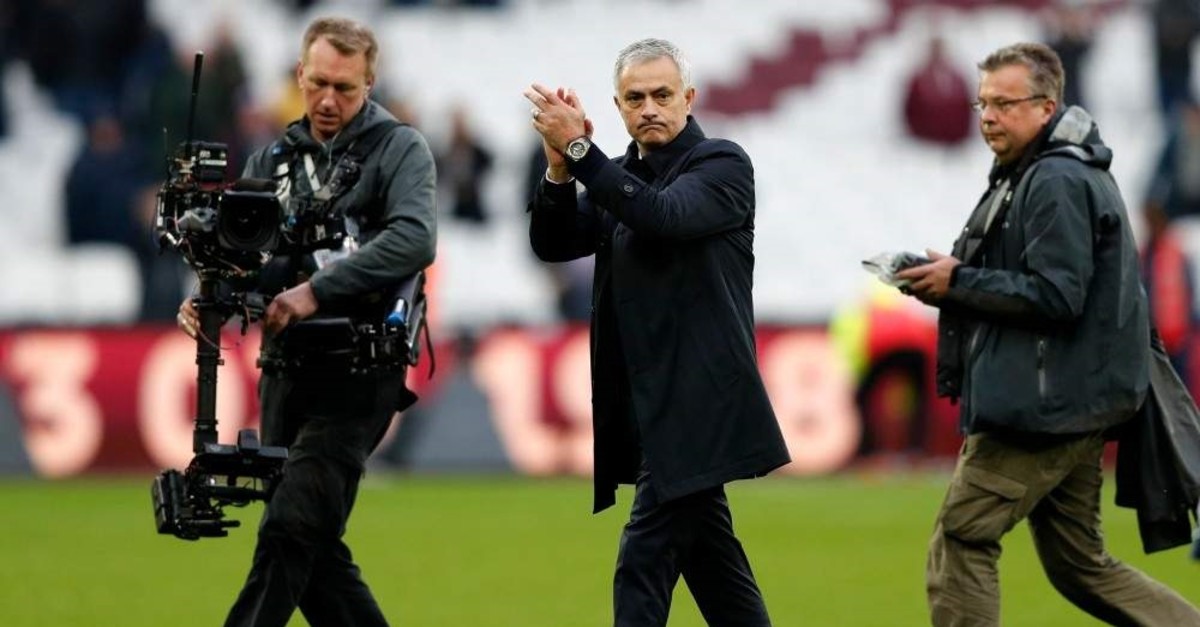 Jose Mourinho delivered Tottenham's first away win in the Premier League since January in his first game in charge, securing a 3-2 win in the London derby against West Ham to catapult Spurs up to sixth place.

Son Heung-min, Lucas Moura and Harry Kane all scored, as Mourinho made an instant impact having on Wednesday just replaced former manager Mauricio Pochettino after the latter was fired. A much-needed three points will help endear Mourinho to skeptical Spurs supporters who were sad to see Pochettino's five-and-a-half year spell in charge of the club end just six months after leading the club to a first-ever Champions League final.

There was no love lost between Mourinho's Chelsea and Tottenham in the past, but his arrival had the desired impact for Spurs chairman Daniel Levy, even if a West Ham team devoid of confidence made for perfect opponents.

Mourinho followed Pochettino's example in leaving out Christan Eriksen with the Dane one of a number of Spurs players into the final months of his contract and showing no signs of agreeing on a new deal.

"We have to make the right decision for the club," Mourinho said of Eriksen's future before kick-off, but his decision to field a front four of Dele Alli with Son, Moura and Kane worked.

Kane had smashed the ball past beleaguered West Ham goalkeeper Roberto after just three minutes after the kick-off of the second half in a pass from Alli which was denied off-side. An injury to first-choice stopper Lukasz Fabianski has coincided with a run of eight games without a win for West Ham, with a string of errors from Roberto spreading a lack of confidence throughout the team.

The Spaniard could have done better when Tottenham did open the scoring nine minutes before half-time with another through ball from Alli found Son, whose shot had too much power for the hapless 'keeper.

However, Roberto was blameless for Spurs' second goal seven minutes later when a lovely flick from Alli sent Son racing down the left and his inch-perfect cross was met by Moura at the back post.

The same two players should have combined for the visitors' third just two minutes into the second half when Son sent Moura clean through on goal, but the Brazilian dragged his shot wide to the despair of Mourinho, who sank to his knees on the touchline.

Tottenham's celebrations were only put on hold for another two minutes as Serge Aurier's cross picked out Kane to head home and become the third-highest goalscorer in Spurs' history with 175, behind Jimmy Greaves (266) and Bobby Smith (208).

The England captain was furious at himself for not adding another on the hour mark, as he dallied with just Roberto to beat, but was dispossessed by a last-ditch challenge from Issa Diop.

Michail Antonio pulled a goal back for the hosts 17 minutes from time, but by the time Angelo Ogbonna scored West Ham's second six minutes into stoppage time, it was too little, too late.

Mourinho will not be happy with the way Spurs conceded two late goals, as Antonio and Ogbonna capitalized on familiar errors in a defense that has kept just one league clean sheet all season.

West Ham manager Manuel Pellegrini now waits to see if he faces a similar fate to Pochettino. The Hammers were expected to be in with a chance of the European qualifiers in the Chilean's second season, but instead are 16th and in danger of falling ever closer towards the relegation zone by the end of the weekend.