Defiant Bale down but not out at Real Madrid 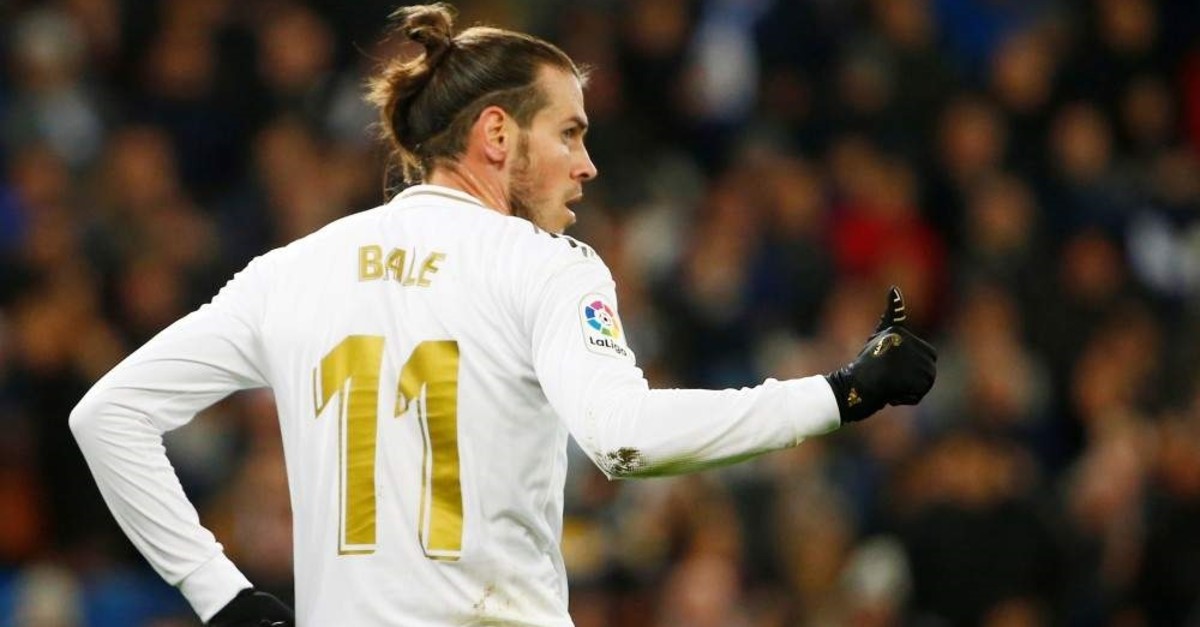 Despite a frosty relationship between them, Zidane rushed to Bale's defense after the Welshman became a target for Real Madrid fans over his celebration at Euro 2020 qualifiers

When Zinedine Zidane dropped Gareth Bale for a Champions League game against Paris Saint-Germain (PSG) last year, Bale believed it was the beginning of the end at Real Madrid.

Two seasons on he remains but Madrid faces PSG again at the Santiago Bernabeu on Tuesday, with the Welshman's future still in doubt and his standing among the fans perhaps never lower.

Madrid's two last 16 legs against PSG in the Champions League in 2018, towards the end of Zidane's first spell as coach and en route to their third consecutive European triumph, marked a turning-point between Bale and his coach.

By leaving him out, Zidane's message was clear: He did not trust Bale in the biggest matches. The pair hardly spoke for the rest of the season, even as Bale scored twice as a substitute in the final against Liverpool.

Bale was set upon leaving that summer, only for Zidane to go instead, and while Bale stayed, Zidane came back and their relationship has been frosty ever since.

But in the last few weeks, as Bale's behavior has wavered and the criticism increased, Zidane has become his staunchest defender.

When Bale returned to London to visit his agent earlier this month, Zidane said he had permission to go. When Bale joined up with Wales despite missing six Real Madrid games through injury, Zidane said it was bad timing.

And when Bale celebrated behind a flag that put his club lower down his list of priorities than his country and playing golf, Zidane urged the fans to remember his achievements.

"I have said before, we need our fans with us," said Zidane after the game Saturday.

"There's a lot of noise, too much. He wants to be with us and do well and he's done that. Talk, talk, talk, it's not necessary. He's a big part of the group and we are together."

Zidane's pleas had fallen on deaf ears not long before when the screeching whistles at the Bernabeu were loud enough to conclude the majority of fans were unimpressed and wanted to make their point.

Yet after his introduction in the 67th minute of the 3-1 win over Real Sociedad, Bale played well and the whistles for his every touch gradually grew quieter.

By the end, there were some applauding as he almost capped a driving run with a goal. "He played 30 magnificent minutes," said Real Madrid Director Emilio Butragueno.

"He is a player that has the ability to help us a lot, he looks for space, has a good shot, can score. He was magnificent and we will need him for the challenges ahead."

Bale's teammates were supportive too. When Luka Modric added a third goal, following a neat exchange between Bale and Fede Valverde, Casemiro and Valverde sought Bale out to celebrate with him.

"It was a way to show we're all united," said Valverde.

"We are going to support him. I went over to hug him because I respect everything he gives me on a day-to-day basis. He is a good person, it is impossible not to love him.

"He is training very well and contributing a lot on the field. The fans will end up appreciating him again. We are all fighting for him."

For Bale, the prospect of a rapprochement with Zidane is unlikely, even if the Frenchman is keen to maintain the peace for the sake of the team, particularly while the transfer window is closed.

Clubs are not expected to bid in January and while a departure next summer seems more realistic, Bale has made a habit of unlikely revivals.

Just as he delivered in defiance in the Champions League final against Liverpool, it would not be a surprise to see him produce again now, when criticism has been at its most intense.

"These discussions are always very public and everyone has an opinion," said Thibaut Courtois, who knows the challenges of winning over the Real Madrid supporters given his own history with Atletico.

"Gareth has to give 100% to the team. He played very well off the bench on Saturday and the third goal was a great move between him and Valverde. Now he has to win round the people."