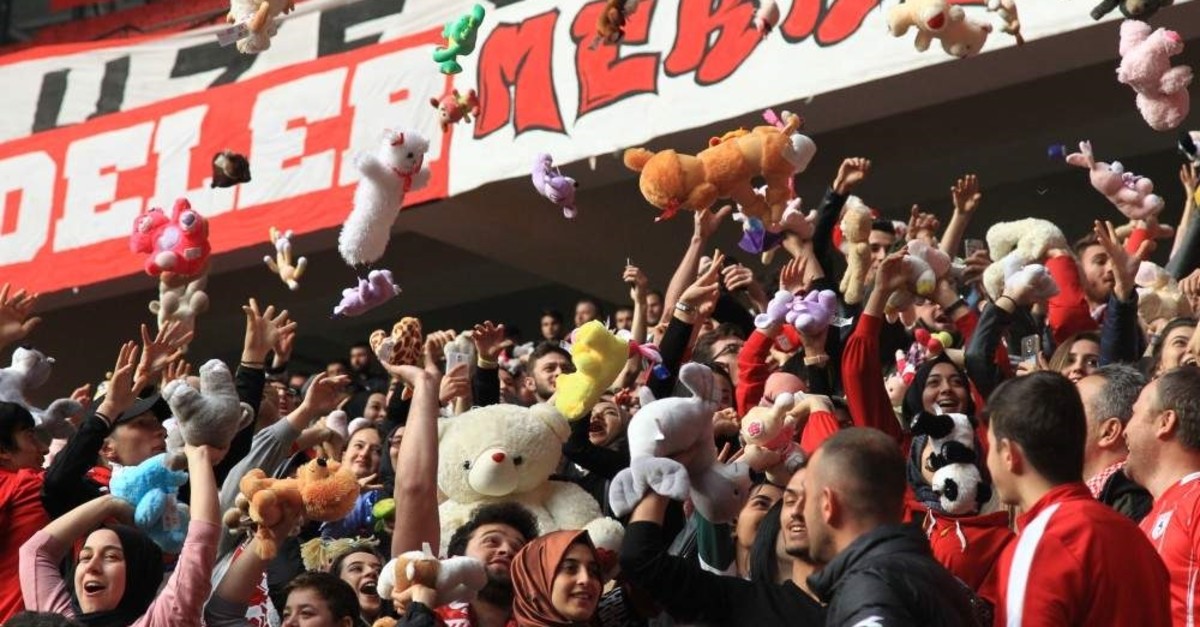 A football match on Sunday in Turkey’s northern province of Samsun turned into an unforgettable experience for dozens of orphaned children after they were showered with toys during the game.

The heartwarming gesture took place during a Second League match between Yılport Samsunspor and Şanlıurfaspor. At 55th minute of the match, fans of Samsunspor began raining down stuffed toys on 100 children attending the match at the invitation of the club.

According to reports, the event was planned and carried out by a group of students from the local Ondokuz Mayıs University. The students’ gesture was applauded by fans of both teams.

Samsunspor won the the match 5-0.