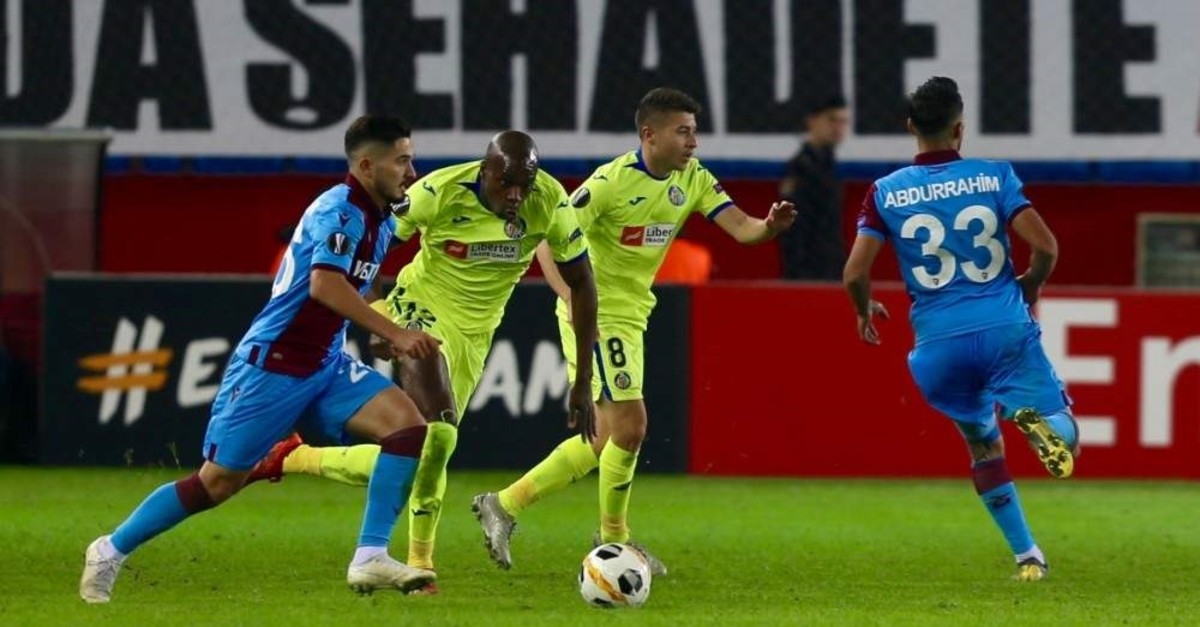 | AA Photo
by Daily Sabah with AFP Nov 28, 2019 9:31 pm
Trabzonspor was eliminated from the Europa League on Thursday after losing at home to Spanish side Getafe.
The only goal of the game was scored early in the second half after Getafe striker Jaime Mata met Kennedy's cross inside Trabzon's penalty area.
The result means that the Turkish team which has only one point after five games lost chances to advance to the round of 32. In Group C's other match Russian club Krasnodar beat Swiss side Basel. Basel leads the group with 10 points while Krasnodar and Getafe trail behind with nine points each.
AS Roma boosted their hopes of qualifying from Group J by winning 3-0 at Istanbul Başakşehir with first-half goals from Jordan Veretout, Justin Kluivert and Eden Dzeko, while Borussia Moenchendgladbach went top with a 1-0 win at Wolfsberger AC. The Italian side remains in contention for a knock-out spot and sits behind leaders Borussia on goal difference with the Turkish side a point behind on seven.
Meanwhile, Braga came from 3-1 down at home against Wolves to draw 3-3 as both sides progressed to the next round from Group K in a thrilling clash. The Portuguese side tops the group with 11 points, one ahead of Wolves, while Slovan Bratislava, who lost 2-1 at Beşiktaş, is eliminated along with its opponent.