Barca, Griezmann at the door as crunch time arrives for Atletico 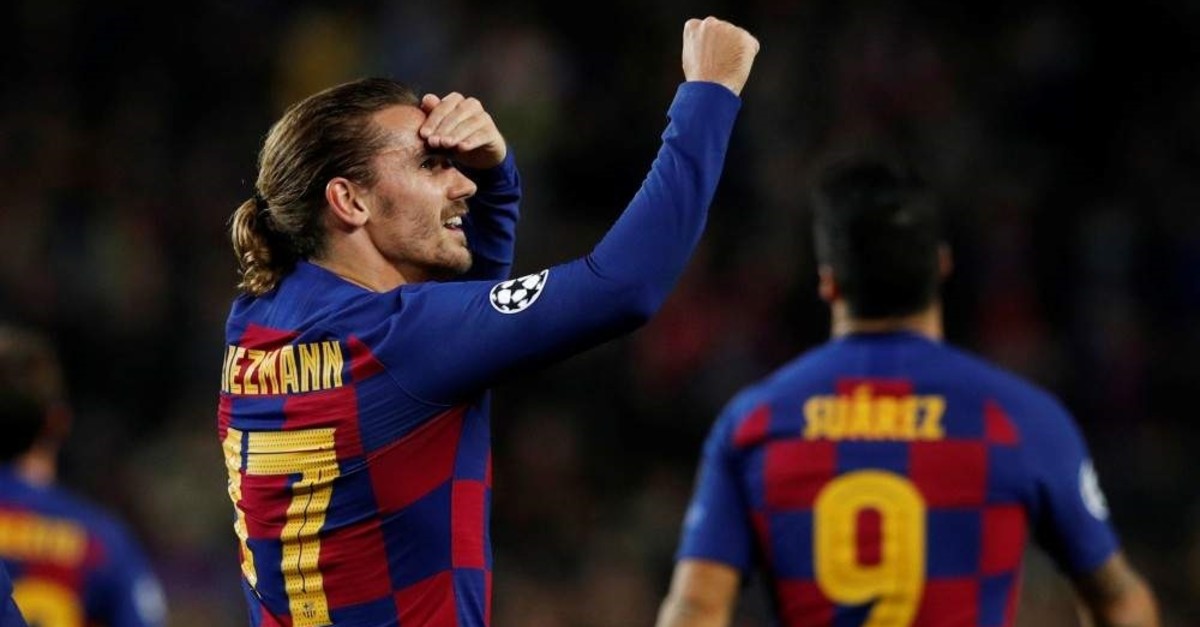 Antoine Griezmann will return to Wanda Metropolitano for the first time since leaving for Camp Nou last summer.
by Compiled from Wire Services Nov 29, 2019 2:19 pm

While Diego Simeone's side will have to play its best for a shot at the top, the match will also feature the return of Antoine Griezmann, who will revisit his former club for the first time since leaving for Barcelona last summer

Atletico Madrid's La Liga title challenge has been floundering for a while and if they lose at home to Barcelona on Sunday, it could be over before it really began. Barca sits three points ahead of Atletico in the table and has a game in hand to come against Real Madrid, after its match in October was postponed until Dec. 18.

It means defeat for Atleti this weekend would give its opponents a six-point advantage, with the possibility of either Real Madrid or Barcelona extending that to nine with a victory in next month's Clasico.

That would be a formidable gap to close, particularly given Diego Simeone's side has to play away at the top two in the second half of the season, limiting its ability to cut any deficit in head-to-heads.

There has also been little so far to suggest it could put together a consistent run of results.

In its 1-0 defeat to Juventus Tuesday, Atletico failed to convert from 15 shots, which according to Opta is its second-highest in any Champions League away game for 16 seasons.

"We are experts in patience and hard work," said Simeone afterward. "At some point, we will have a great match and score lots of goals. We are a strong team with a strong block and in the attack, we are generating better chances. But we are not ruthless enough and when you're not ruthless, the rest is of little use."

In La Liga, Atletico has been beaten only once in 14 matches, the best record in the division, but has drawn seven, jointly with Osasuna.

Its 16 goals scored is as good as Alaves in 13th and worse than Sevilla, Real Sociedad, Getafe, Granada, Levante, Valencia, Osasuna, Villarreal and Real Betis, as well as Barcelona and Real Madrid.

Alvaro Morata has six goals in his last eight games for his club but the pressure on him to take the few chances that come his way is high. Diego Costa, meanwhile, has long lost the art of goal scoring and is injured, expected out for at least another two months.

When Atletico signed Joao Felix for a record 126 million euros ($138.70 million) in July the hope was he might unlock some much-needed attacking impetus. The 20-year-old has just returned from more than a month out with an ankle problem and, if anything, expectations have risen in his absence.

Felix was given the unenviable task of filling the void left by Antoine Griezmann, who will return to his former club for the first time since leaving for Barca last summer.

Griezmann's opening few months at Camp Nou have not been smooth, his impact reduced by meek performances, positional uncertainty and doubts around his relationship with Lionel Messi. Yet there were signs, not for the first time, of a connection upfront on Wednesday against Borussia Dortmund, when Barca ran out 3-0 winner, with Messi, Griezmann and Luis Suarez all on target.

If the victory proves to be the start of something, it will have been in part down to chance, given Griezmann only came on after an early injury to Ousmane Dembele. He suffered a thigh strain and is not expected back this year.

"In the second half, Griezmann was great," said Valverde. "Now he has a special feeling for the game against Atletico."

Griezmann is likely to receive a cold reception at the Wanda Metropolitano, where, by the end, five excellent seasons were overshadowed by his desperation to leave. But in the whistles, there might also be a degree of regret and recognition, that their team is missing him too.