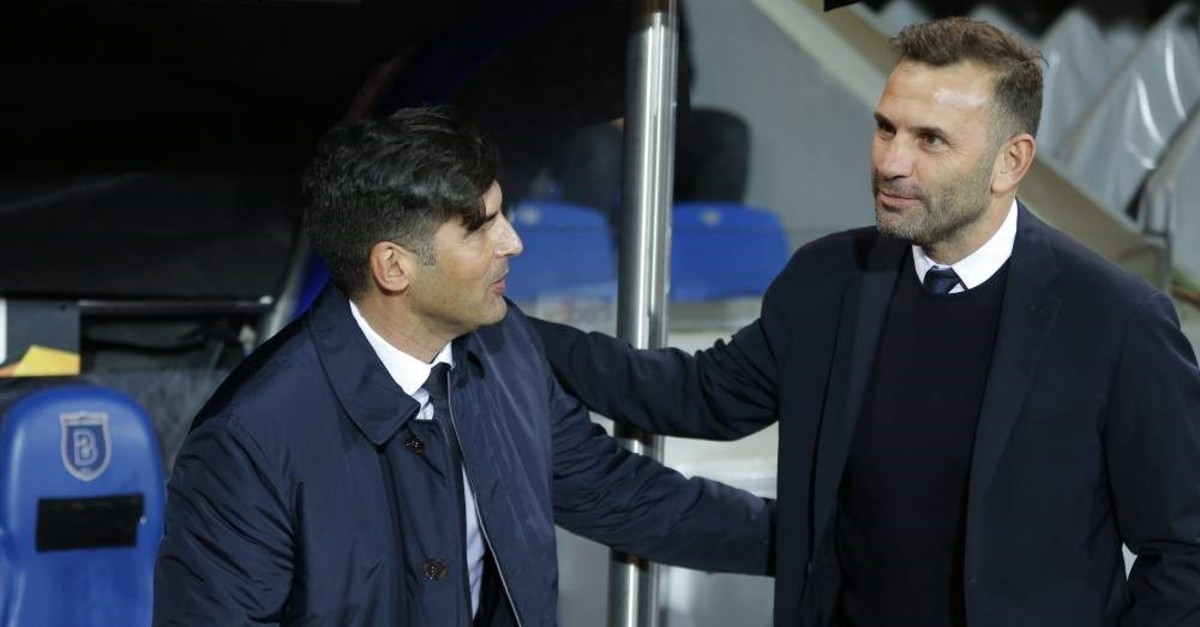 Since his arrival in August, Medipol Başakşehir manager Okan Buruk could not establish the system he was aiming for. The team has recently climbed to the third spot in the Turkish Süper Lig, but last year around this time it had a clear lead at the top.
Right now, Başakşehir's gameplay and results are far from satisfying, despite having one of the richest squads in the league. To make matters worse, the team is now on the verge of elimination from the Europa League, after a clear 3-0 defeat against Roma in Istanbul where a draw would be enough to qualify for the next round.
Nevertheless, Buruk was so cautious against Roma that he played six defenders to stop the strong opponent, a decision that clearly backfired. This defeat was very bitter in itself but more importantly, it showed that Buruk still does not have a certain strategy as he changes the system drastically every game.

Even though the team beat Galatasaray in the Türk Telekom Arena and finished its opponent’s 41-game unbeaten streak, the game they played was completely one-sided. Ironically, after starting the season as one of the most attacking-minded teams in the league, Başakşehir has slowly become one of the most defensive sides. At the beginning of the season, Buruk’s team was playing a more direct attacking game, which required an extremely athletic team. Nonetheless, Başakşehir was and is the team with the highest average age in the league and it was obvious that the old superstars of the team would not be able to play such a game.

Eventually, Buruk made a 180-degree turn and turned his approach to complete defense. Like Abdullah Avcı in Beşiktaş, he also gave up on his strategy rather than improving it. However, the quality of Avcı’s squad forced him to play a more defensive game, he did not have many options. Buruk, on the other hand, did not have to yield to a purely defensive game, as he had enough talented players and an organized game legacy in Başakşehir, built over many years by his predecessor, Avcı.

That is why, when evaluated on a price-performance ratio, Başakşehir's current form is far from satisfactory. In a league where almost all of its opponents have a worse squad, Başakşehir could have taken the lead, if it had a proper strategy.
In contrast, current league leader Sivasspor has a much humbler squad but can play both offense and defense with optimum efficiency. It is not rocket science, but a matter of bravery and the utilization of collective action.
Other teams like Alanyaspor, Yeni Malatyaspor and Trabzonspor are also on the same track, they create value through collective action. This allows them to play a much better game than what their talented players can individually do.
Başakşehir and Okan Buruk need put an end to their identity crisis and invest in a two-sided, sophisticated game, something they have done successfully in the past.