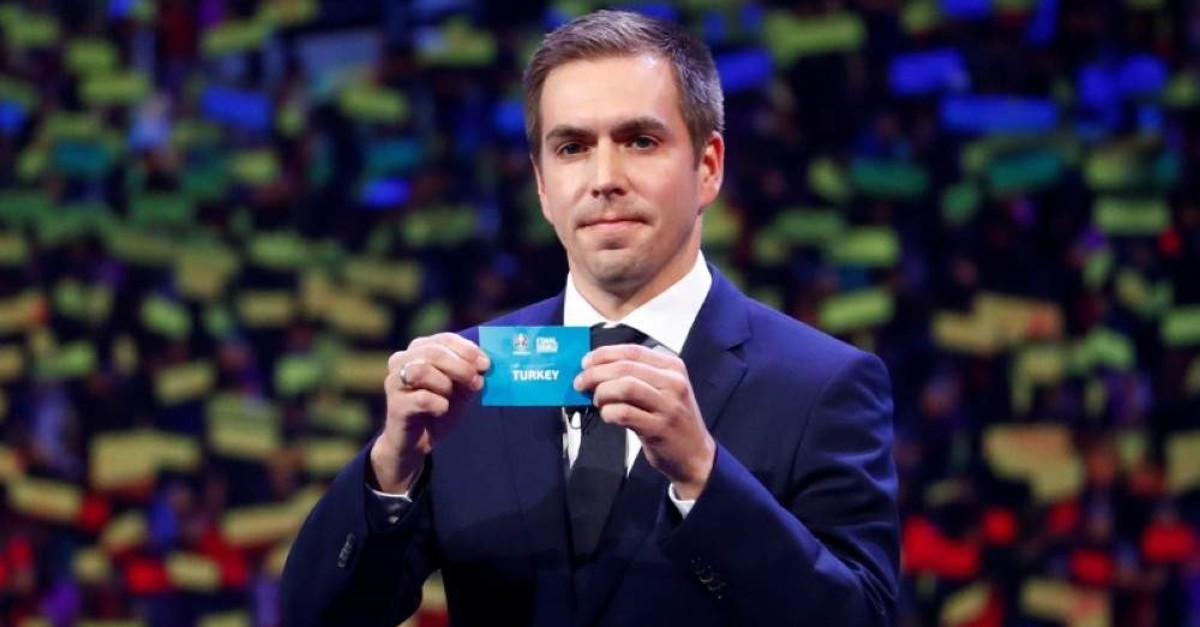 Turkey is drawn out by Philipp Lahm. (Reuters Photo)
by Anadolu Agency Nov 30, 2019 8:52 pm
Turkey will face Italy, Switzerland, and Wales in Group A at the 2020 European Championship.
The UEFA EURO 2020 finals draw were held in Bucharest, Romania on Saturday.
Group A matches will be played in Rome and Baku.
Twenty national teams have already been confirmed to take part in the competition. Only the top two teams in each of the six groups are certain to qualify for the round of 16 along with the four top-performing runners-up.

The playoffs phase is set to begin in March.
Euro 2020 is being staged across 12 countries.

Wembley is the main venue for the tournament, with seven games including the semifinals and final on July 12. Glasgow’s Hampden Park is paired with the north London stadium in Group D but Scotland has to qualify by beating Israel and either Norway or Serbia.

The tournament will open with Italy hosting Turkey in Rome on June 12.